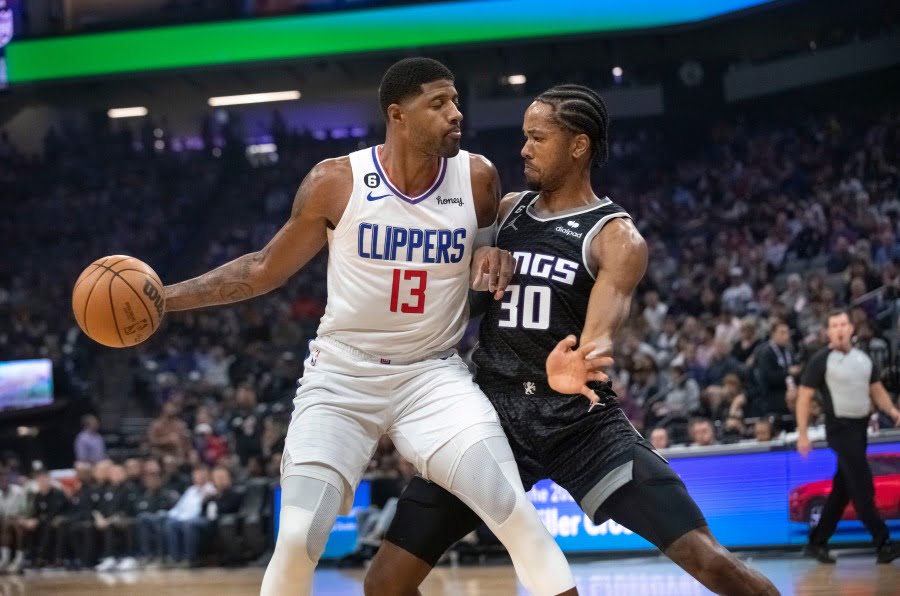 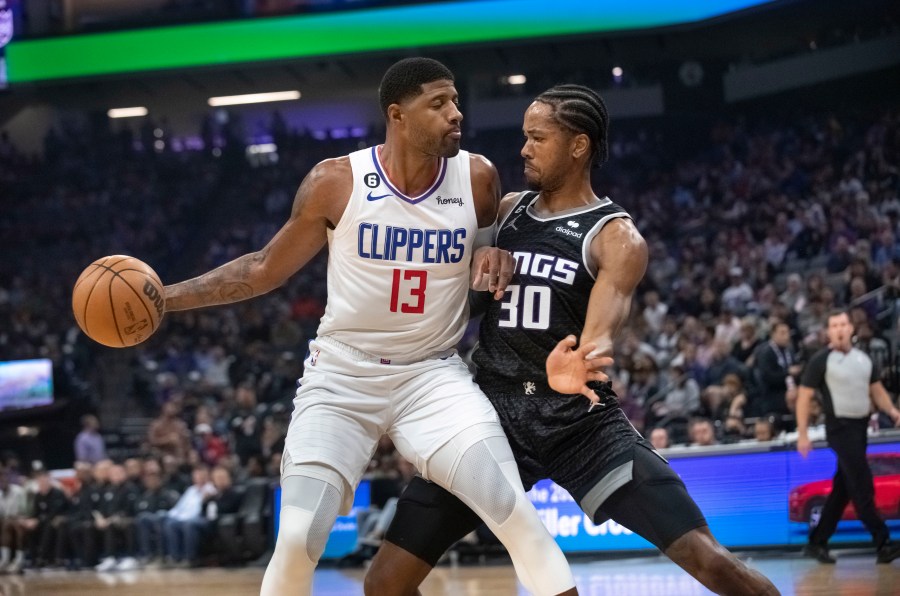 Paul George scored 40 points to help the Los Angeles Clippers hold off the Sacramento Kings with a 111-109 victory Saturday night.

Sacramento went on an 11-4 run to cut the game to 109-106 before George missed a step-back three and Nicolas Batum secured an offensive rebound. Norman Powell knocked down both free throws and De’Aaron Fox hit a shot at the buzzer for the margin.

The Clippers (2-0) were missing Kawhi Leonard and new acquisition John Wall. Both players didn’t play because of knee injury management. They traveled with the team to Sacramento and worked out pregame.

Leonard played 21 minutes on Thursday in his first game since he tore a ligament in his right knee in a playoff game in June 2021. Wall appeared in his first NBA game in 18 months after sitting out last season in Houston. Both are expected to play in the Clippers home opener Sunday.

Fox had 36 points and rookie Keegan Murray added 19 in his first NBA game.

The Kings held a moment of silence before the game for longtime referee Tony Brown, who died Thursday at age 55 from pancreatic cancer. Brown officiated more than 1,100 regular-season games and 35 playoff games.

Murray made his NBA debut after sitting out Sacramento’s season-opener on Wednesday.

Murray, the 22-year-old selected fourth overall out of Iowa, checked into the game with 7:28 left in the first quarter to a standing ovation from the home crowd. His 19 points was the third most by a Kings rookie in a season debut.

Clippers: Los Angeles was called for two delay of game fouls after receiving a warning. Sacramento shot two technical free throws. … Los Angeles has won 15 of the last 20 matchups against the Kings.

Kings: Sacramento shot 15 for 26 from the free throw line, which led to fans booing in the third… Sacramento is 0-2 for the first time since 2019, when they started the season 0-5. … Fox also scored over 30 in the season opener. He’s is just the fourth player in franchise history with 30 points or more in their first two contests of a season.

Kings: At Golden State on Sunday night for Sacramento’s first road game of the season.