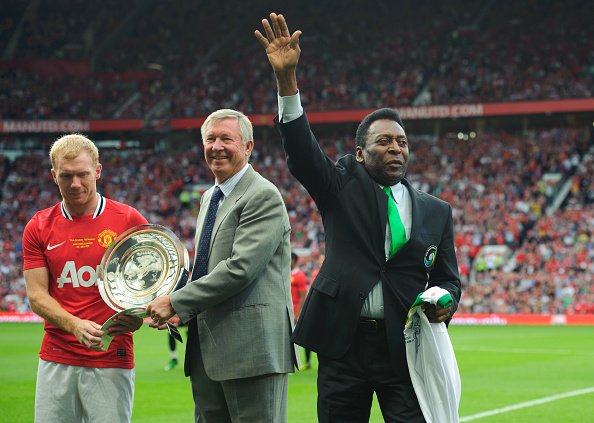 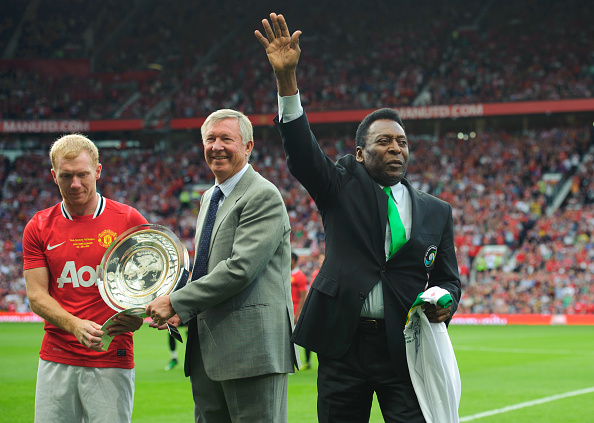 Pele previously revealed that Manchester United tried to sign him in 1968 to play alongside George Best, Sir Bobby Charlton and Denis Law.

Football legend Pele – considered by many to be the greatest player of all time –died at the age of 82 on Thursday after battling cancer for a number of years.

The Brazil icon, who is the country’s joint-top scorer ever, won three World Cups – the only player in history to do so – and his record of 1279 goals in 1363 appearances in all games including friendlies is a Guinness World Record.

Pele never played his club football in Europe and instead spent the majority of his career with Brazilian side Santos – at a time when Brazil’s top-flight was considered one of the best leagues in the world – before a short spell in New York.

He did, however, feature in a handful of matches against European opposition, with Santos facing European champions Benfica in the 1962 Intercontinental Cup, as Pele claimed his performance in the second leg was his best-ever after scoring a hat-trick in a 5-2 win – showcasing that he easily could have played in Europe.

Speaking about Pele’s performance, Benfica goalkeeper Costa Pereira said: ‘I arrived hoping to stop a great man… But I went away convinced I had been undone by someone who was not born on the same planet as the rest of us.’

In an interview with the Guardian in 2006, Pele revealed that had the chance to play in Europe when United and Real Madrid came calling for him in 1968.

‘Manchester! I even had a proposal from Manchester United,’ Pele said. ‘Yes… 1968… their best team.

‘I said no to every team who asked me. Real Madrid was the best team who wanted me. They were a very good team. But I didn’t want to leave Santos.’

Former United player and manager Wilf McGuinness added: ‘It would have been wonderful if it had happened.

‘It’s the first I’ve heard of it, but if he [Matt Busby] was speaking to someone as special as Pele, he could be forgiven for keeping it as quiet as possible.’

Had Pele moved to United, he would have featured in an incredible team that had Best, Charlton and Law in their ranks, who went on to defeat Benfica 4-1 to become the first English team to lift the European Cup later that year in 1968.


MORE : Christ the Redeemer turns green and yellow for Pele as Brazil set for three days of mourning