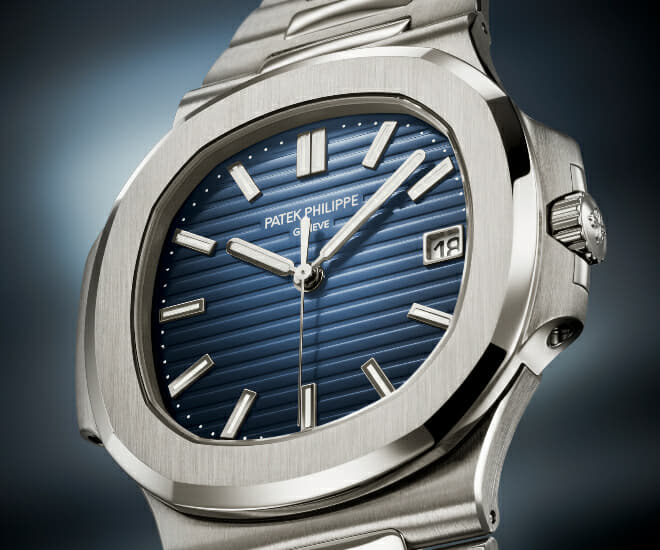 One of the great horological mysteries of recent years has been answered: Patek Philippe introduced the Nautilus Ref. 5811/1G-001, effectively replacing Ref. 5711. Looking at the watch as it appears here, you could be forgiven for doing a double-take and wondering if we used the old picture. Well, we did not, and Ref. 5811 is quite a different beast to the Ref. 5711, although pretty much everyone expected the successor to look quite similar. One does not simply reinvent the wheel, after all, and there is plenty to discuss here. After some reflection — we saw this watch in person last week, along with most of the specialised watch press — Ref. 5811 is worthy of significant coverage. You, dear reader, deserve the chance to understand what is happening here and make up your own mind about it. To that end, we will focus on the facts and leave our opinions out of it — for the most part.

Patek Philippe, to its credit, wants to take the story of the Nautilus back to first principles. This means that the 2022 reincarnation of Ref. 3700 (1976) takes its cues from the original. Most significantly, that means Ref. 5811 features a two-part case, rather than the three-part case of Ref. 5711. Given that there is still an exhibition caseback, some purists may wag their fingers and shake their heads, but we like seeing the automatic calibre 26-330 S C back in action here (for the record it was also the engine of Ref. 5711). Patek Philippe reminds us that this case-construction means the movement must be removed from the case dial-side, for servicing, and this means that the crown must also be removed likewise. In terms of user-interaction, you will not notice anything.

Perhaps just as significant, and something you will definitely feel, the choice of metal here is a bit of a rebellion against tradition — so white gold is in, just as it was with Ref. 3711 (2004), and steel is out. The watch is quite hefty, as you can imagine, and it is 1mm wider than Ref. 5711, at 41mm. The height remains 8.2mm and water-resistance is 120m. There are some minor changes in terms of the design but these are very subtle indeed, and will require you to view the old reference side-by-side with the new one.

The bracelet here requires a bit of an explainer, especially with regards to the fold-over clasp, which is new and offers fine adjustment. This is definitely an improvement, which all watches with integrated bracelets should have; this means Ref. 5811 can be extended by 2-4mm, which is something no previous Nautilus model could do. There is more to say about the technical details on this clasp, but for now, we must note for the record that the bracelet is relatively unchanged from previous versions, which means you still get pins rather than screws.

On the dial, the date window is enhanced by the same frame (white gold) that was introduced with Ref. 5711/1A-014 (the green dial model that was only in production for a year), although we think the font is different. The gradient sunburst blue dial of Ref. 5811 is a little different to the previous blue, with this one being a little deeper and darker.

We will end with a further note about the precious metal narrative. Bear in mind here that white gold has never been part of the Ref. 5711 story since it began in 2006 (at least not with a bracelet). Here, we will insert a bit of our own rhetoric — as far as the Nautilus goes, this is now all about precious metals.

By Patek Philippe’s own metrics, just 30 per cent of the Genevan manufacture’s output is in steel, and it does not intend on changing that. So if Patek Philippe wants to produce more Nautilus watches, it could do so only in precious metals. If, like us, you were wondering about a titanium Nautilus, it may yet happen, and steel may yet return — such models will be rare though, and probably will not be priced as they once were (the steel Nautilus, at least — titanium Patek Philippe watches are such rarities that the manufacture can price these however it sees fit).

On that note, the new Ref. 5811 is S$92,000, making this model quite a bit more pricey than the more complicated Ref. 5712/1A, which remains in the collection. We will certainly have more to say about the Nautilus as there are many references that we have not gotten to yet. For our next Patek Philippe reference though, we will be looking at that eye-catching left-hander…

The post Patek Philippe Nautilus Ref. 5811: All That Glitters appeared first on LUXUO.