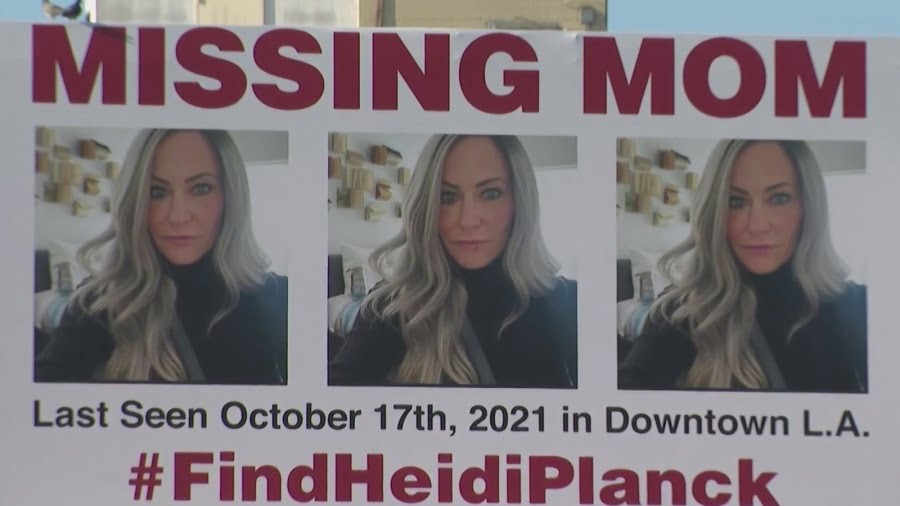 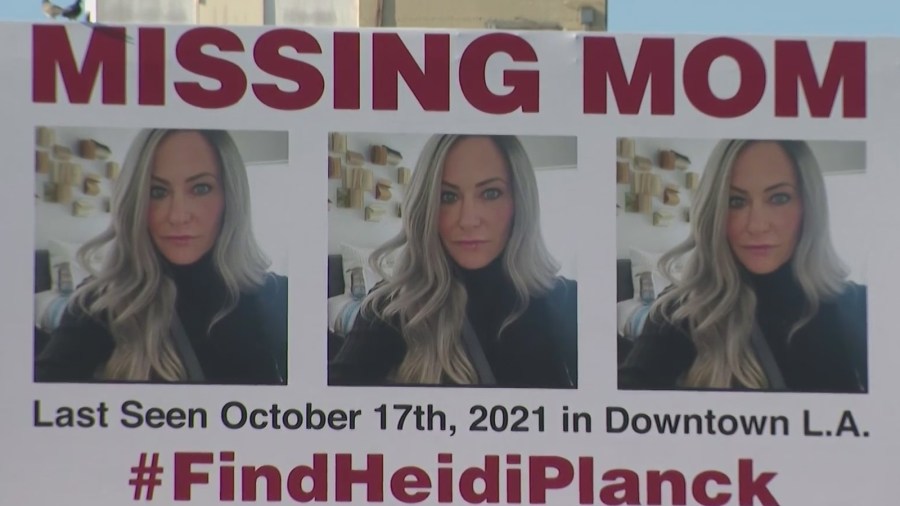 Family and friends say they’ll never stop searching for a Los Angeles mother who disappeared one year ago Monday.

Heidi Planck never made it home after leaving her son’s football game. Her disappearance then set off a massive search across the city and local landfills.

The 39-year-old was last seen in downtown Los Angeles. There are still candles and a poster near the building where she was last seen.

Her family and friends say they still hope to one day unravel the mystery of her disappearance.

Planck was seen on video Oct. 17, 2021 leaving her Mid-City home with her dog. After leaving her son’s game early, she was captured on camera walking her dog near the Hope + Flower building in downtown L.A.

Her dog was later found wandering on the 29th floor of that high-rise, but Heidi was nowhere to be found.

“I’m struggling with an 11-year-old boy that wants to know what happened to his mom,” said Jim Wayne, Planck’s ex-husband.

The father of their son says it’s been hard on him not knowing what happened.

“It’s gotta be tough on his mind. He wants to know everyday. He’s got questions,” Wayne said.

Heidi’s friends had four billboards put up near the Hope + Flower building, in hopes of keeping her disappearance in the public consciousness.

One of those friends told KTLA that Planck was one of the “most loving, giving people” they had ever known.

Her loved ones continue to wonder just how long the people who know what happened can keep it a secret.

“I have to wonder if it’s eating them up inside,” the friend said.

Police believe Planck is dead and authorities searched a Castaic landfill for her body last November.

Last year an LAPD spokesman said forensic evidence was located inside the building which “led detectives to believe that an incident occurred resulting in Planck’s death.”

Planck’s ex-husband still believes that her disappearance has to do with her ex-boss at Camden Capital Partners. Jason Sugarman is facing federal charges for allegedly swindling $43 million in pension funds from a Tribal nation. There is video of Sugarman leaving doughnuts on Planck’s doorstep a day or two after she vanished.

He says he talks to police often and they assure him they are actively working this case. He hopes that awareness will keep Planck’s memory alive and one day bring closure to her loved ones.

Anyone with information about her disappearance is asked to contact the LAPD Robbery-Homicide Division.