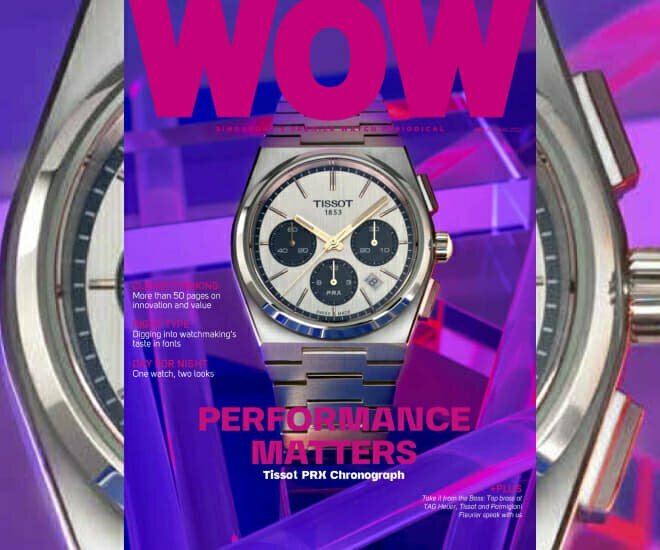 Innovation and fair value in watchmaking come in for scrutiny in the latest issue of WOW. Informed by the most recent watch fairs, the editorial team investigates which of the 2022 novelties features the most interesting watchmaking technology, and which watches and brands have gotten it right over the last decade.

Having said that, the act of creating new things is often about reinvention, with some additions and omissions. Now that our long-running series on escapements has come to a close, this seemed like the best moment to explore the outer limits of traditional watchmaking. Watches and Wonders Geneva had presented a showcase of innovation called LAB at the fair; the pandemic had forced many brands to lean into e-commerce; and there is plenty of new thinking around the idea of timepieces.

While you might think it is simply too much for one issue, you could also argue that there is no real innovation to get into. If nothing else, we hope this issue disabuses you of the latter notion. Innovation is, of course, relative, and it is quite clear that watch brands want to make better watches, even if they do not go about trying to beat the accuracy of quartz, although Guy Bove did remind us that TAG Heuer is far from quiet on this front. In any case, innovation means a variety of different things, all of which purport to be about making better watches, just not more accurate ones. It is all about the cool factor, and these days, that includes the Metaverse and Web3.

While our cover star, the Tissot PRX Chronograph, is hardly the product of watchmaking innovation, it is definitely a cool watch. And part of a cool collection too. We were lucky enough to get Tissot CEO Sylvain Dolla to weigh in on the collection this issue, just as he did last time around. He is resolute in asserting that truly desirable watches cannot be created by marketing committees, something we were surprised to hear echoed over at Parmigiani Fleurier. We spoke with the brand’s CEO Guido Terreni (also making a return appearance in our pages) at his ridiculously well-appointed office in Fleurier. This sort of better watch, it seems, can only be made by people with great intuition.

“Timepieces are the very objects that connect us with the past and the future, while seeming to be only concerned with the present,” said WOW Editor-in-Chief Ashok Soman. “The mechanical wristwatch is today transforming itself into something we may not recognise; at the same time, watchmakers have yet to deliver on the full potential of quartz.”

WOW will return with much more to say on innovation in watchmaking, with the Autumn issue’s more than 50 pages not enough to cover the entire subject.

The post On Newsstands: WOW Autumn 2022 appeared first on LUXUO.