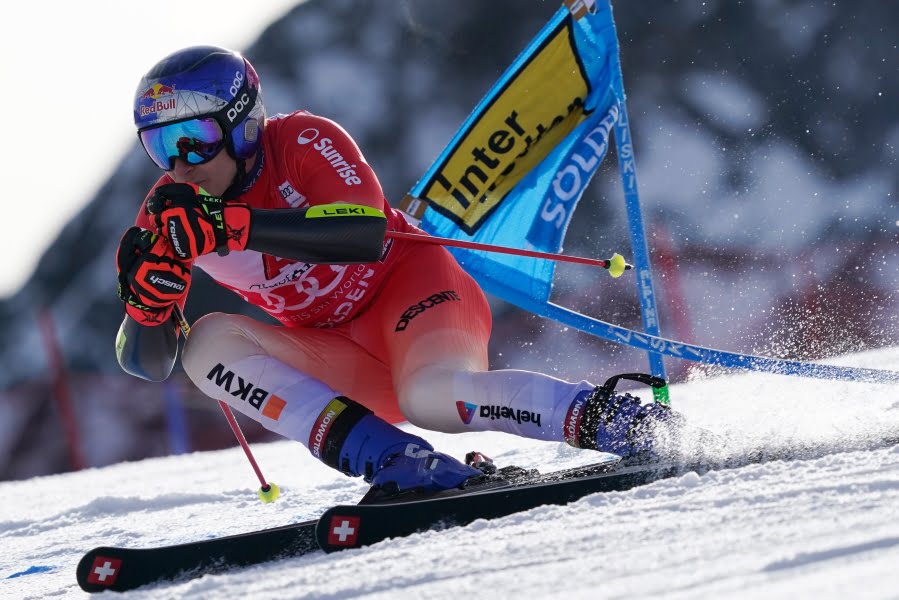 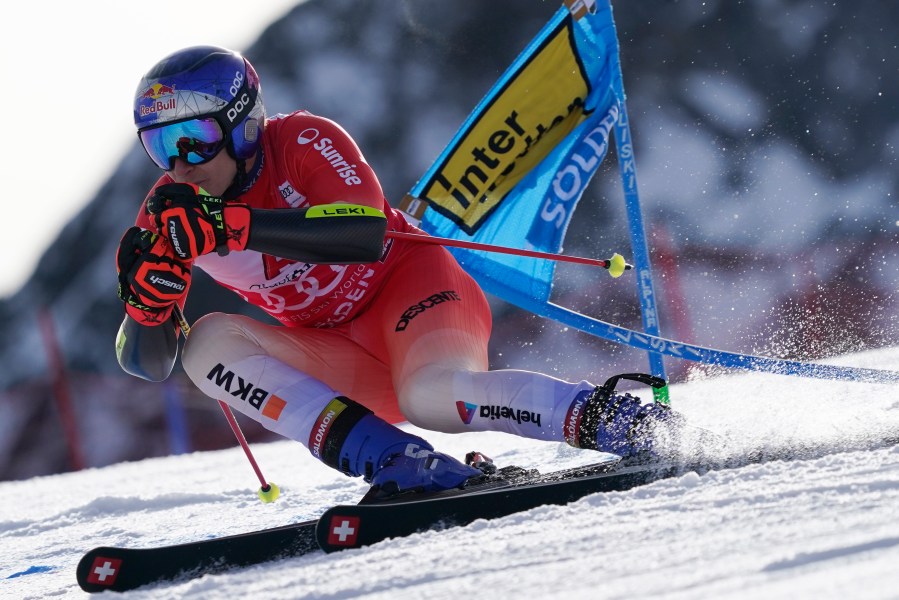 SÖLDEN, Austria (AP) — Olympic giant slalom champion Marco Odermatt lived up to his billing as the favorite for the overall World Cup title, dominating the season-opening race Sunday and beating the field by more than seven-tenths of a second for his 12th career win.

The Swiss skier had a near-flawless first run and overcame a few mistakes in his second on the steep glacier in the Austrian Alps to finish .76 seconds ahead of Zan Kranjec of Slovenia.

Henrik Kristoffersen finished .97 behind in third, ahead of Norwegian teammate Lucas Braathen, who dropped from second after the opening run to fourth.

“I was not sure (the first-run lead) was enough, this was really a big fight. The snow got worse and worse. Everybody made some mistakes,” said Odermatt, who also won the race last year for the first of his five GS victories on the road to his first overall title.

“You have to be mentally prepared. You have to face the challenge,” he added.

With both Odermatt and Kristoffersen sponsored by Red Bull, the result marked a successful race for the energy drink brand, a day after its co-founder and owner Dietrich Mateschitz died at age 78.

“I hope I have given him something to take along,” Odermatt said.

While he is widely expected to successfully defend his title, Odermatt tried to downplay his dominance.

“I see a lot of competitors for the overall title. But all extra points I can earn now may help me at the end,” he said.

American skier Tommy Ford posted the fastest time in the second run to climb from 26th to sixth position. River Radamus was the leading contender for the U.S. ski team after the opening run but dropped to 26th.

The race was watched by 14,000 spectators in sunny conditions under blue skies, a day after the women’s race was canceled due to rain and wet snow.