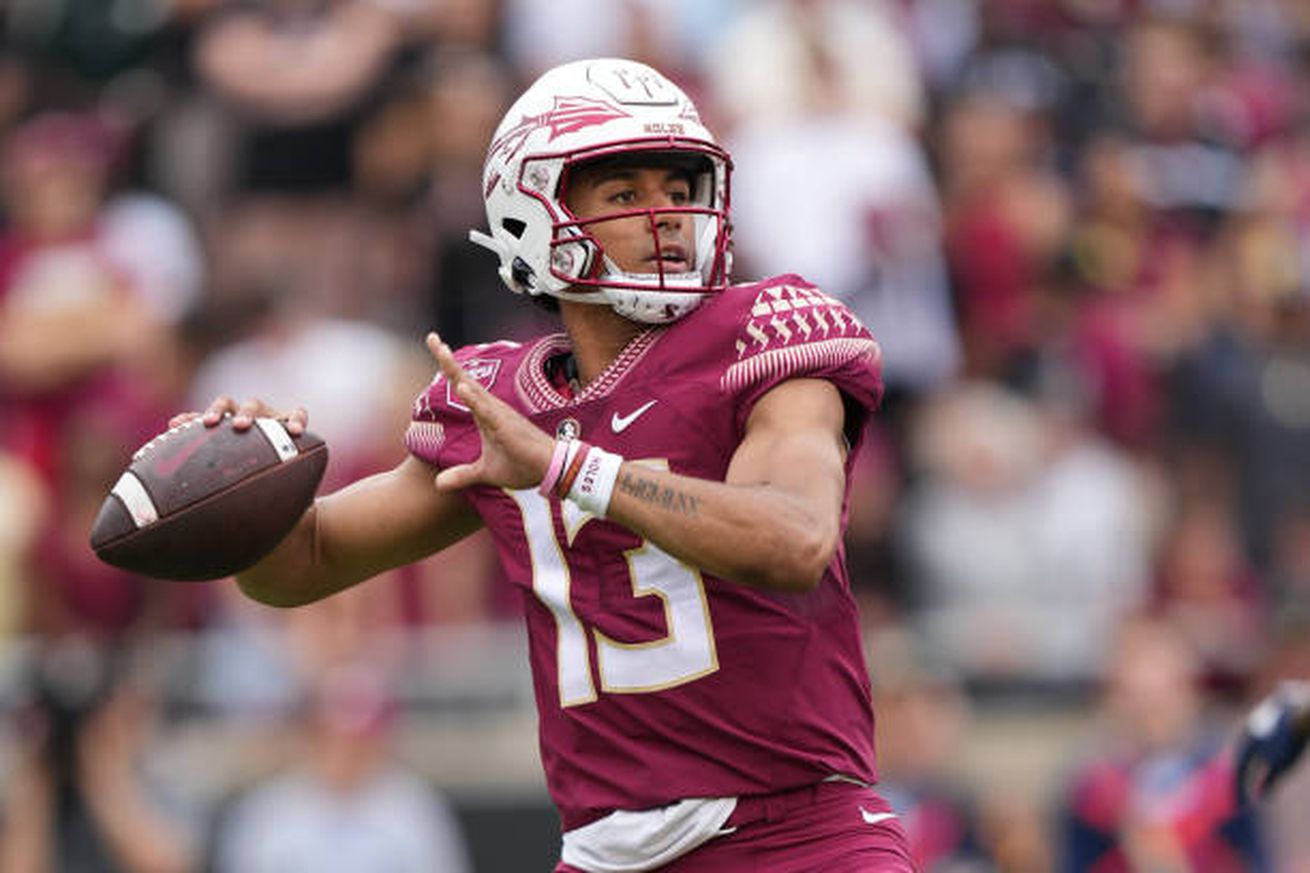 For all of our recruiting information and updates head over to the Florida State football recruiting thread to find expert analysis and recent news.

Four-star 2023 defensive back Damari Brown is down to four schools, after visiting Florida State for the Clemson game.

It seems like Seminoles quarterback Jordan Travis is finally getting the credit he deserves. Travis is cementing himself as one of the best quarterbacks in the country, with much improved accuracy and decision making.

Jordan Travis: 2nd highest-graded QB in the Power 5 this season (91.3)

Star defensive end Jared Verse currently leads the ACC with a 22.6% pass rush win rate, while also being in the Top 5 for total sacks, according to PFF.

Verse has already gained national headlines with his production at the FBS level, less than a year after he played in the FCS for Albany.

Jared Verse wants to be the absolute best pic.twitter.com/iJBzEeVqJL

Running backs Treshaun Ward and Trey Benson have created one of the most dominant running back rooms in the nation. Former Seminoles offensive coordinator Kenny Dillingham seems to agree.

Defensive tackle Malcolm Ray met with the Jeff Culhane following Wednesday’s practice to talk about his Miami ties and thoughts on the rivalry game.

The Noles got something special in freshman defensive tackle Ayobami Tifase. He may impact Florida State football sooner than expected, with a matured figure.

Here’s a look at the latest Noles in the Pros highlights from the NFL:

Former Seminole Scottie Barnes was back in action for the Toronto Raptors, making the usual impact he does all over the court. The Raptors dominated, defeated the San Antonio Spurs, 143-100.

Patrick Williams gets a dunk of his own to lead the Chicago Bulls to a Wednesday night win.

FSU will host Flagler College tonight at 6:00 ET for their second and final exhibition game before the season.

The Noles will kick off their season on Nov.7 at 11 a.m. ET against Bethune-Cookman.

Less than one week till the real deal #NoleFAM pic.twitter.com/h8x700nMci

Florida State may have parted ways with an all-time great coach, but they’ve barely skipped a beat this season.

We have a league-high 9⃣ on the All-ACC Teams! #OneTribe

Sophomore goalkeeper Cristina Roque adds another accolade to her extensive resume, winning the 2022 ACC Goalkeeper of the Year.

The Noles will be celebrating “Senior Night” tomorrow for their match at 7:30.

On Friday night, we will be honoring our six seniors before the match♥️

Make sure you’re in your seats by 7:45 so you don’t miss any of the action #OneTribe pic.twitter.com/Oxgb5JROrC

The Seminoles beach volleyball team was on the sand yesterday preparing for their season that begins early in 2023.