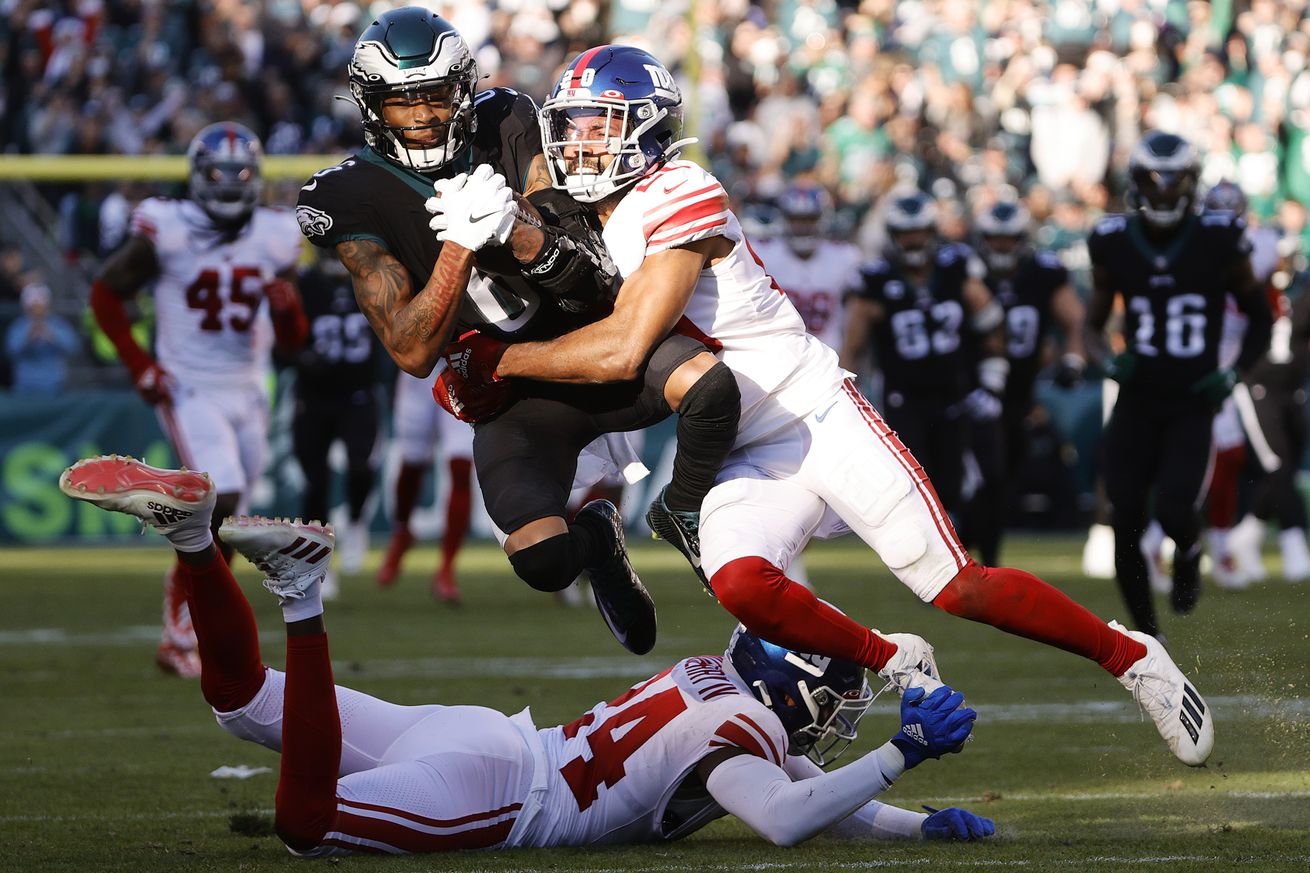 Suggestions when trying to beat the odds.

Before the fourteenth Sunday of the 2022 NFL regular season kicks off, let’s have some fun by taking a look at the spreads for the Week 14 games.

You can CLICK HERE for straight up NFL picks without regard to the spread. You can find all of the NFL betting lines via DraftKings SportsBook.

Here are the latest suggestions when trying to beat the odds. Also, don’t forget to check out our weekly picks and previews of every game on The SB Nation NFL Show’s The Look Ahead podcast featuring me, RJ Ochoa, and Rob “Stats” Guerrera (who was out this week).

PHILADELPHIA EAGLES (-7) at NEW YORK GIANTS: This game is going to be relatively close at the end until the Eagles score a touchdown to go up between 10 to 13 points. The Giants ultimately don’t have the firepower to keep up with Philly’s pace. PICK: Eagles -7

NEW YORK JETS at BUFFALO BILLS (-10): The Bills are not going to get swept by the Jets. While Mike White is better than Zach Wilson, he’s still not actually good. PICK: Bills -10

MINNESOTA VIKINGS at DETROIT LIONS (-2.5): As soon as I saw that Jalen Reagor guaranteed a Vikings victory in Detroit, I decided that the Lions were going to my Lock Of The Week for the Friday episode of The SB Nation NFL Show. Awful vibes for the Vikings, a team that’s simply due for some losses after starting out 9-0 in one-score games. They can’t keep getting good luck every week. PICK: Lions -2.5

CLEVELAND BROWNS at CINCINNATI BENGALS (-5.5): The Browns won very much in spite of their quarterback last week. And that was against the NFL’s worst team. The Bengals are a much better bunch. Joe Burrow is not somebody you want to play against right now. PICK: Bengals -5.5

JACKSONVILLE JAGUARS at TENNESSEE TITANS (-3): The Titans are really banged up. The Jags might be able to take advantage while Tennessee in a bit of disarray. PICK: Jaguars +3

HOUSTON TEXANS at DALLAS COWBOYS (-17): The only reason to take the points is because it’s a lot of points to take. But there’s no good reason to be betting on the Texans against a Cowboys team that’s demonstrably capable of blowing out inferior opponents. PICK: Cowboys -17

BALTIMORE RAVENS at PITTSBURGH STEELERS (-1.5): Tyler Huntley can do some things. The Ravens need to avoid falling out of the top spot in the AFC North. PICK: Ravens +1.5

KANSAS CITY CHIEFS (-8.5) at DENVER BRONCOS: Methinks at least one of these two remaining Chiefs-Broncos games isn’t going to a cakewalk for KC. The Broncos’ vibes are impossibly bad to bet them to actually win … but they could muck it up and cover the spread. PICK: Broncos +8.5

TAMPA BAY BUCCANEERS at SAN FRANCISCO 49ERS (-3.5): The 49ers deserve more benefit of the doubt than the Bucs do. Their defense can keep a suspect Bucs offense from scoring. PICK: 49ers -3.5

CAROLINA PANTHERS at SEATTLE SEAHAWKS (-3.5): The Seahawks have been a bit shaky recently. The Panthers are coming off their bye. Carolina keeps it close with Seattle missing two of their top running backs. PICK: Panthers +3.5

MIAMI DOLPHINS (-3.5) at LOS ANGELES CHARGERS: The Dolphins struggled to score against San Fran’s defense. The Chargers should not prove nearly as formidable. PICK: Dolphins -3.5

NEW ENGLAND PATRIOTS (-2) at ARIZONA CARDINALS: Hard to feel great about either side here so I’ll default to taking the home dog. PICK: Cardinals +2