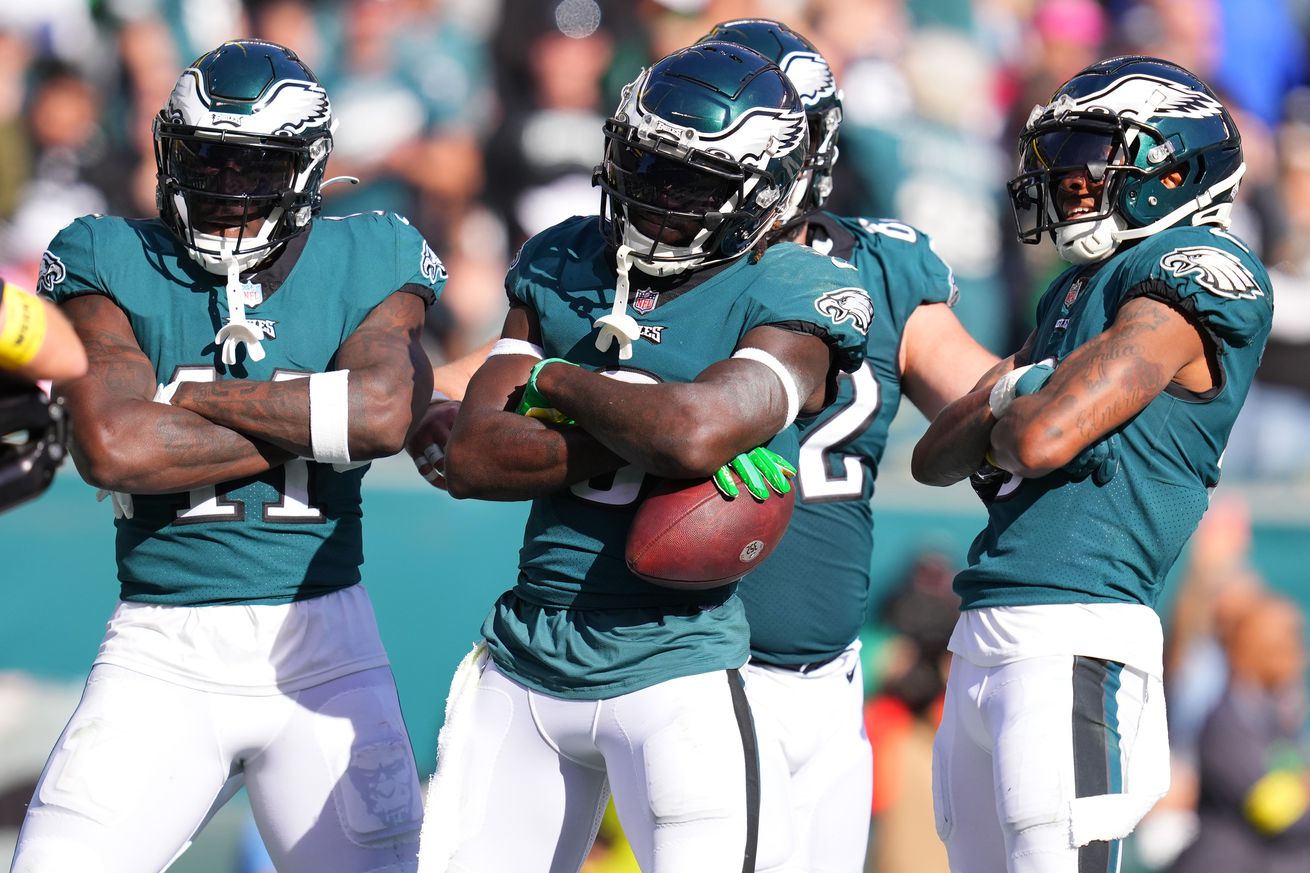 Suggestions when trying to beat the odds.

Before the tenth Sunday of the 2022 NFL regular season kicks off, let’s have some fun by taking a look at the spreads for the Week 11 games. You can CLICK HERE for straight up NFL picks without regard to the spread. You can find all of the NFL betting lines via DraftKings SportsBook.

Here are the latest suggestions when trying to beat the odds. Also, don’t forget to check out our weekly picks and previews of every game on The SB Nation NFL Show’s The Look Ahead podcast featuring RJ Ochoa, Rob “Stats” Guerrera, and me.

PHILADELPHIA EAGLES (-6.5) at INDIANAPOLIS COLTS: If the Eagles didn’t lose on Monday night, they’d be double-digit favorites entering this game. Them losing that game doesn’t make it more likely they’ll lose this one. They’re probably not going to follow the same script where they can’t possess the ball and commit three high leverage turnovers. The feeling here is this line represents an overreaction to both the Eagles’ loss and the Colts’ win over an awful Las Vegas team. The Colts rank 29th in point differential and 31st in DVOA. They’re not good. Their offensive line is going to struggle to deal with Philly’s defensive front. This is my lock of the week for The SB Nation NFL Show. PICK: Eagles -6.5

DETROIT LIONS at NEW YORK GIANTS (-3): The Lions are not good on the road and they struggle to defend mobile quarterbacks. That being said, it just feels like the Giants are due for some bad luck in these one-score games. They’re not a bad team but they’re not quite as good as their record suggests. They’re due for a bad loss. PICK: Lions +3

CLEVELAND BROWNS at BUFFALO BILLS (-7.5): The Browns are aided by this game being moved to a neutral site but it won’t be enough to help them cover the spread against a Buffalo team that’s poised to bounce back. Methinks Josh Allen isn’t going to continue to turn the ball over in the red zone. PICK: Bills -7.5

NEW YORK JETS at NEW ENGLAND PATRIOTS (-3.5): The Pats beat the Jets in their previous matchup. Can they complete the sweep? While it’s hard to count on Zach Wilson, it just feels like this team isn’t going to go down without a fight. I like the Jets to win outright so I’ll definitely take the points. PICK: Jets +3.5

WASHINGTON COMMANDERS (-3.5) at HOUSTON TEXANS: This was also in consideration for my lock of the week. The Commanders can stop the run and Dameon Pierce is like the only good thing that Houston has going for them. PICK: Commanders -3.5

CAROLINA PANTHERS at BALTIMORE RAVENS (-12.5): The Panthers have generally been more competitive since firing Matt Rhule but they did get blown out by Cincy. The Ravens have the ability to beat up on this team. PICK: Ravens -12.5

LOS ANGELES RAMS at NEW ORLEANS SAINTS (-2.5): The Rams have been atrocious. They have the worst point differential in the NFC. The Saints are also bad but they’ve had higher highs than LA this year. No good reason for New Orleans to be favored by less than the standard three points. PICK: Saints -2.5

LAS VEGAS RAIDERS at DENVER BRONCOS (-3): The Raiders, who are really bad, aren’t about to sweep their season series with the Broncos. Denver will win in an ugly, boring game … that will probably be decided by three points for a push. PICK: Broncos -3

DALLAS COWBOYS (-1.5) at MINNESOTA VIKINGS: The Cowboys were up 28 to 14 before blowing that lead to Green Bay. That loss doesn’t mean they’re suddenly terrible. And the Vikings narrowly beating Buffalo doesn’t mean they’re truly amazing now. Easy to bet against Kirk Cousins in an important game. PICK: Cowboys -1.5

CINCINNATI BENGALS (-3.5) at PITTSBURGH STEELERS: Bet against Mike Tomlin as a home underdog at your own peril. T.J. Watt’s return has the Steelers much more competitive than they were without him. The Bengals can definitely win but it’ll be a close game. PICK: Steelers +3.5

SAN FRANCISCO 49ERS (-8) at ARIZONA CARDINALS: The 49ers are going to go down to Mexico and beat the Cards comfortably. PICK: 49ers -8