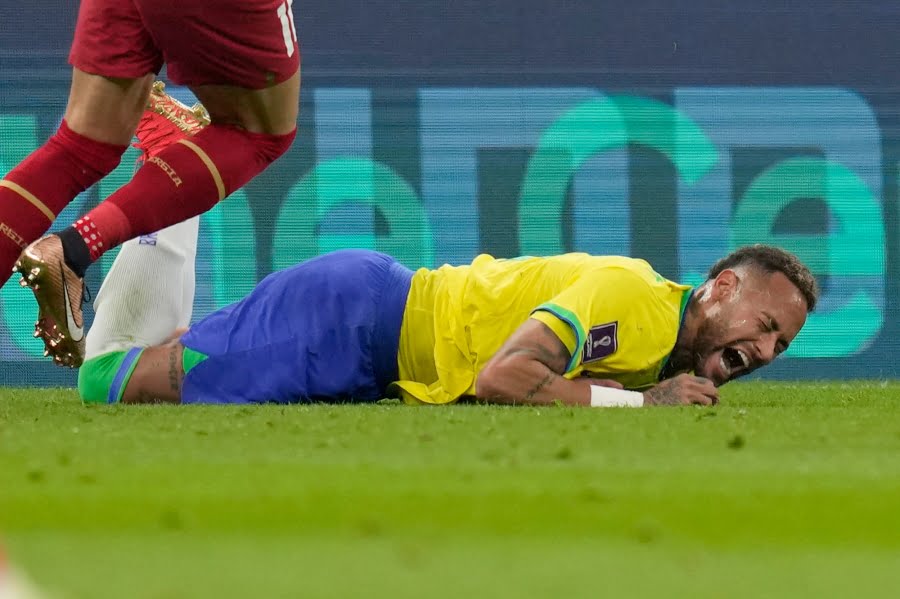 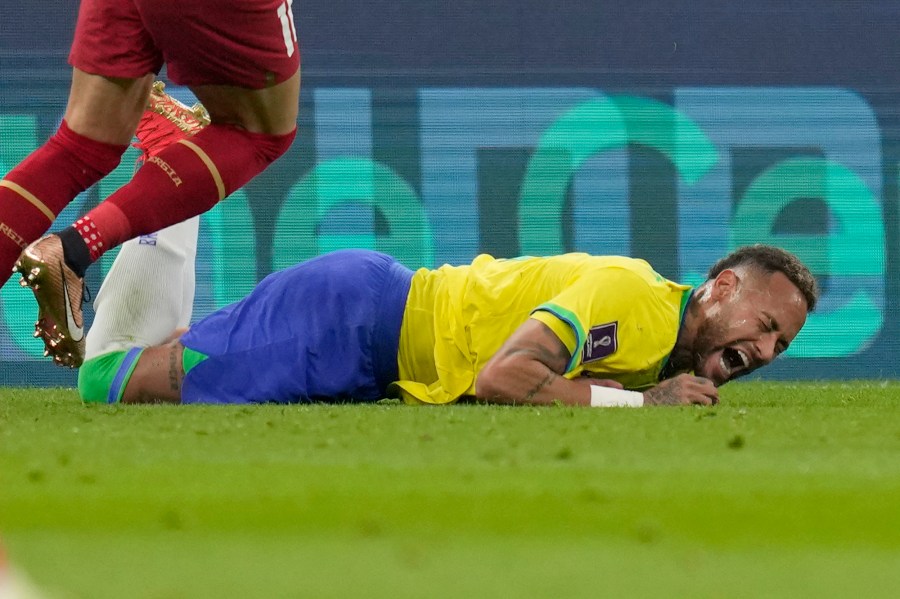 DOHA, Qatar (AP) — Brazil star Neymar underwent tests and was receiving treatment at the team’s hotel Friday after injuring his right ankle in the 2-0 defeat of Serbia in their World Cup opener. The team did not give any detail on the extent of his injury.

Neymar sprained his ankle in the second half of a bruising match against Serbia on Thursday. He was in tears while sitting on the bench and after the match limped off the field on his way to the locker room.

“Difficult game, but it was important to win,” Neymar said on his social media accounts not long after he left Lusail Stadium without talking to the media. “Congratulations team, first step taken. Six more to go.”

In an Instagram story after the match, Neymar posted a text that mentioned the need to “have faith.”

“You can be sure that Neymar will still play in this World Cup,” he said after the match. “I’m certain about that.”

Team doctor Rodrigo Lasmar said after the game it was too early to know the extent of the injury. He said they started treating the injury the moment Neymar left the field, and continued after the match.

Neymar was substituted in the 79th minute, about 10 minutes after hurting his ankle while being tackled by Serbia defender Nikola Milenković.

Neymar had already been tackled many times before during the match, and was seen grimacing and limping a few other occasions. He was fouled nine times, the most of all World Cup players after the first round of matches in the group stage.

“We’ll remain upbeat, it’s the characteristic of this team,” Brazil goalkeeper Alisson said. “These adverse circumstances will only make the group stronger.”

If Neymar can’t play, his replacement would likely be Rodrygo, who came in as a second-half substitute against Serbia on Thursday.

The 30-year-old Neymar was also hurt at the 2014 World Cup in Brazil, when his tournament ended with a back injury in the quarterfinals against Colombia. He had to be taken off the field on a stretcher, and Brazil ended up losing to Germany 7-1 in the semifinals.

Neymar’s right foot has caused him problems in the past, being among the series of injuries he suffered since the 2018 World Cup in Russia. Another right ankle sprain led him to miss the 2019 Copa América that Brazil won.

The 30-year-old Neymar has yet to win a major title with the national team. He helped the “Seleção” win the 2013 Confederations Cup and its first Olympic gold medal at the 2016 Rio de Janeiro Games.

With 75 goals for the national team, he is two shy of Pelé’s scoring record.

Another player with a sprained right ankle on Thursday was defender Danilo, though Lasmar said his injury was not serious.