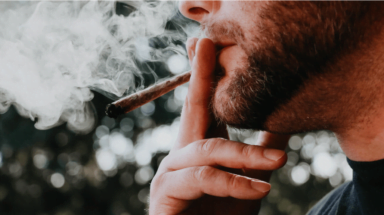 New York State is on track to approve its first recreational cannabis dispensary licenses later this month, officially rolling out the green carpet for the $32 billion legal weed industry to operate in America’s biggest city for the first time.

Top regulators for the industry said last week at the Business of Cannabis conference that the Empire State is on track to have legal dispensaries open by the end of the year, Marijuana Moment reported. A spokesperson for the Office of Cannabis Management, Trivette Knowles, confirmed to amNewYork Metro that the Cannabis Control Board — the entity charged with license approval and oversight of the marijuana industry — will most likely be approving the first Conditional Adult-Use Retail Dispensary (CAURD) licenses at its Nov. 21 meeting.

Knowles did not say how many licenses are expected to be approved or their locations. Licensees have 12 months from approval to open up their dispensary, according to OCM, but in theory, they could be ready for business far sooner than that.

New York State legalized the sticky icky for those 21 and older in 2021, becoming the 16th state to do so, but it technically remains illegal to sell the drug since no licenses have yet been distributed. The long, drawn-out process to legalization was designed to ensure those most directly victimized by the War on Drugs are the first given the opportunity to profit in the legal market, after the industry became dominated by venture capitalists and others never targeted by the criminal justice system in early legalization states like Colorado.

The CAURD license in particular was open only to those both previously convicted of marijuana charges (or related to someone who was) and with a record of operating a successful, profitable business, or a nonprofit with such a “justice-involved” individual in its governing structure. Recipients of CAURD stand to benefit from substantial state investment in the buildout of their business, through loans from the New York Social Equity Cannabis Investment Fund.

Only 150 CAURD licenses are expected to be doled out before the state opens licensure to the broader market, Knowles said, and with over 900 applications statewide, approval is anything but a guarantee. CAURD recipients benefit not only from state investment, but also from the competitive edge conferred by being first in the market.

Ultimately, the state hopes that 50% of licenses across the industry will be held by those from communities most disproportionately targeted by the War on Drugs.

The state expects to generate up to $56 million in tax revenue from retail weed sales just in 2023, with revenues expected to grow annually well into nine figures. Much of the revenue will be reinvested in workforce development, education, and social services in the communities most devastated by the drug war’s racially disproportionate enforcement.

Despite the as-yet lack of approved licenses, the Big Apple’s budding entrepreneurs have wasted no time attempting to get ahead of the coming tsunami of capital flowing into the legal kush game. Despite the state’s efforts to crack down, unlicensed dispensaries have popped up all over the city this year, out of storefronts, vans, and tables set up in parks. Many bodegas have also adapted to legalization by selling the green clandestinely from under the counter.