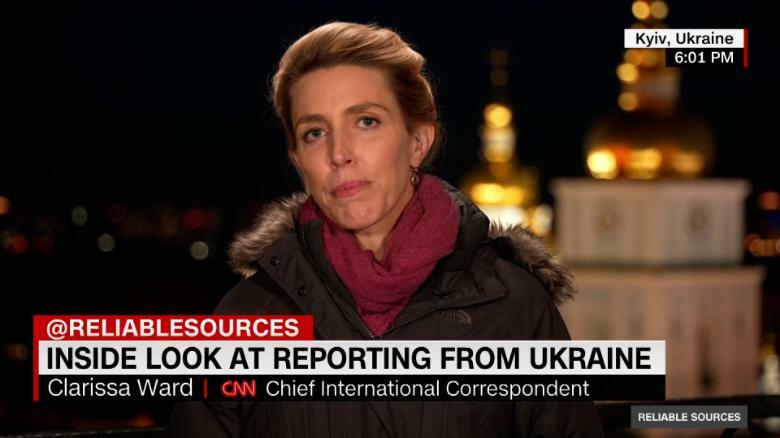 Politics
Clarissa Ward on verifying info about Ukraine and Russia 04:22

The US has intelligence indicating orders have been sent to Russian commanders to proceed with an attack on Ukraine, according to two US officials and another source familiar with the US intelligence.

The intelligence regarding the order to tactical commanders and intelligence operatives is one of several indicators the US is watching to assess if Russian preparations have entered their final stages for a potential invasion.

Other indicators, such as electronic jamming and widespread cyberattacks, have not yet been observed, according to some of the sources. The sources cautioned that orders can always be withdrawn or that it could be misinformation meant to confuse and mislead the US and allies.

The intelligence was learned last week and informed comments by President Joe Biden and Secretary of State Antony Blinken, according to another US official.

Biden said on Friday that he believes Putin has “made the decision” to invade — a comment echoed by Vice President Kamala Harris and by Blinken on Sunday. Blinken said the Russian playbook is “moving forward.”

“We believe President Putin has made the decision,” Blinken said Sunday in an interview on CNN’s “State of the Union.”

He continued: “But until the tanks are actually rolling and the planes are flying, we will use every opportunity and every minute we have to see if diplomacy can still dissuade President Putin from carrying this forward.”

The Washington Post first reported on the orders being given.

Biden held a National Security Council meeting on Sunday about the situation in Ukraine with his top advisers including Blinken, Harris, Defense Secretary Lloyd Austin and national security adviser Jake Sullivan — all of whom were in Europe over the weekend discussing with allies the path forward to addressing the crisis.

“As the President has said, we believe that Putin has made his decision, period,” Harris told CNN during a press gaggle in Munich on Sunday, after meeting with leaders including Ukrainian President Volodymyr Zelensky on Saturday. Harris emphasized that the US and its allies were still trying to resolve the crisis diplomatically, but that the path was “narrowing.”

“They are uncoiling and are now poised to strike,” Austin said in remarks from Lithuania on Saturday, adding that troops were “moving into the right kinds of positions to be able to conduct an attack.”

Adding to concerns that Russia may be planning a large-scale attack is the dramatic escalation of ceasefire violations in eastern Ukraine in recent days, which Ukraine has blamed on Russia-back forces in Ukraine’s Donbas region. Russia, in turn, has claimed that Ukraine is planning a large-scale offensive in Donbas, necessitating a heavier pro-Russian military presence there.

Blinken told the Munich Security Conference on Friday that the recent escalation in eastern Ukraine “is part of a scenario that is already in play of creating false provocations, of then having to respond to those provocations and then ultimately committing new aggression against Ukraine.”

Earlier Sunday, the White House abruptly announced that Biden would be traveling to Wilmington, where he’d remain for the Presidents’ Day holiday. But the trip was abruptly canceled on Sunday afternoon, according to a White House official, as the President was on the phone with French President Emmanuel Macron for a short call of 15 minutes.

This story was updated with additional information Sunday.