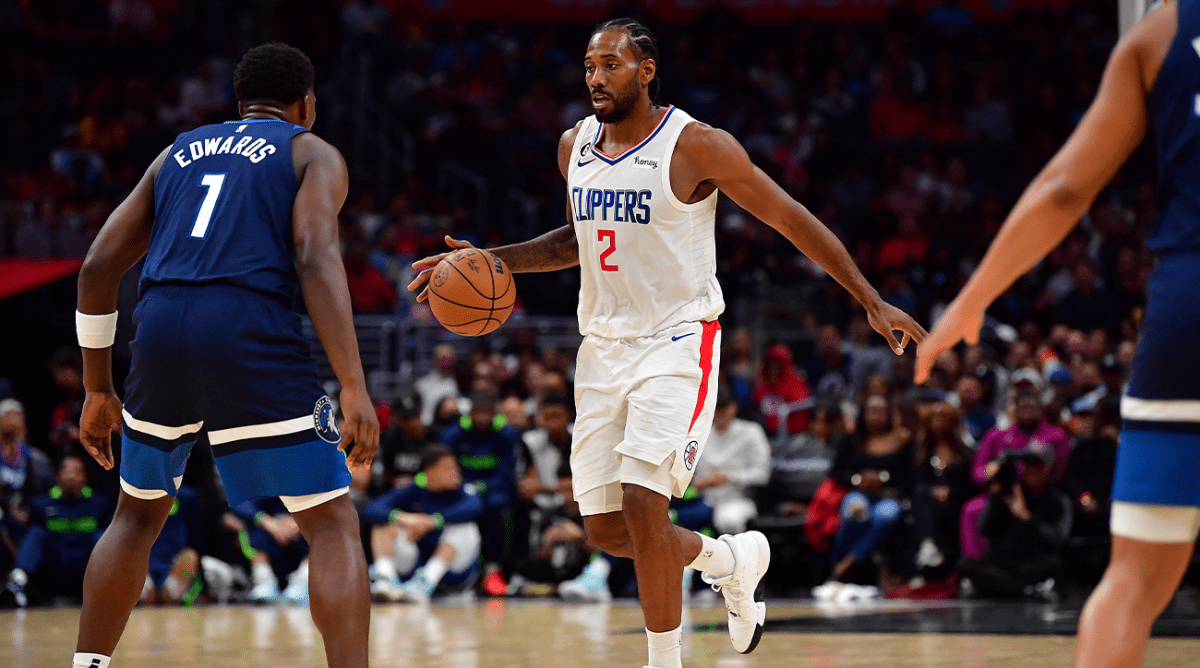 After Wednesday’s 12-game NBA marathon, only two teams have yet to take the court this season: The Bucks and Clippers. Those squads, both with legitimate Finals aspirations, begin their highly anticipated campaigns Thursday night.

Milwaukee gets the 76ers on the road in a meeting between two of the best teams in the Eastern Conference. Meanwhile, Kawhi Leonard will make his return to the court in the Battle of L.A. when the Clippers face the Lakers, who are the home team for this contest in their shared arena.

Below is a breakdown of each matchup along with the odds and two bets for each.

Bet on the NBA at SI Sportsbook

Giannis Antetokounmpo never starts slow. In the six season openers he’s started in his career, he has an average north of 31 PPG and the Bucks are 4-2. He also loves to beat up on the 76ers—Milwaukee is 22-6 against Philadelphia in the regular season across Antetokounmpo’s career and 8-2 over the last 10. The 76ers might be in better game shape given they already saw action Tuesday, though the result was a 126-117 season-opening loss to the Celtics. James Harden’s 35 points led the way for Philly, which could not contain Jayson Tatum or Jaylen Brown.

Maybe the Sixers bounce back at home, Joel Embiid looks more like himself and the defense resembles something more along the lines of a Finals contender rather than the turnstile that allowed the Celtics to shoot 56% from the field. Even if they do, I like Antetokounmpo and the Bucks to keep it close. Expect a lot of points in this one—at least 227 were scored in each meeting a season ago.

The Lakers haven’t beaten the Clippers since the bubble. That’s a jarring fact when you think about the state of the supposed little brother in the City of Angels a season ago, and it just goes to show that the Lakeshow was even worse.

The Clippers are in a wildly better position than the Lakers entering the year with enough depth and length to make the other 29 teams in the league envious and the thing a LeBron James-led team needs most: shooting. Both teams are top heavy with a pair of stars, but the dropoff from James and Anthony Davis to the rest of the team is far more precipitous than it is from Paul George and Kawhi Leonard to their teammates. It’s far too early to make any declarations about Darvin Ham’s coaching chops, but the man dialing plays on the other sideline is one of the best in the league.

The Clippers make it eight in a row over the Lakers in Leonard’s return to the court. Nothing the Lakers did in a 123-109 loss to the Warriors inspires any confidence to pick them to turn around and beat the Clippers two nights later, even in a “home” game. The Clippers kept games low scoring last season with their fearsome defense, but Davis and James will still get theirs and the Lakers defense can’t stop anyone.