Mum and writer Heidi Krause reflects on the tragic loss of her dad in the lead-up to Father’s Day.

“Dad’s been in a car accident.”

Those terrible words, uttered by my sister on July 7 in 2019, still echo in my ears.

It was one of those gorgeous and sunny winter afternoons when she called. A Sunday. I was putting out the washing. 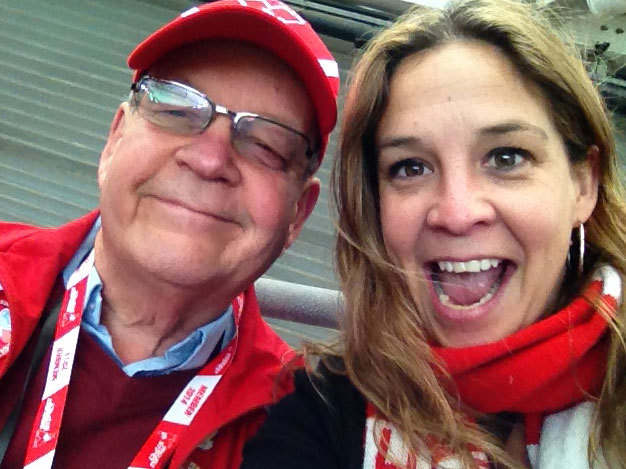 A sense of dread filled the very pit of my stomach.

The next few hours were a blur. I stumbled around trying to process the news, desperate to get more information.

I remember speaking to mum, moments after the first phone call. She had just arrived at the scene of the accident.

My father was in a neck brace, his car in ruins, three other cars were strewn across the road, and the fire brigade, police rescue and ambulance were all in attendance.

Moments later another voice at the end of the phone. 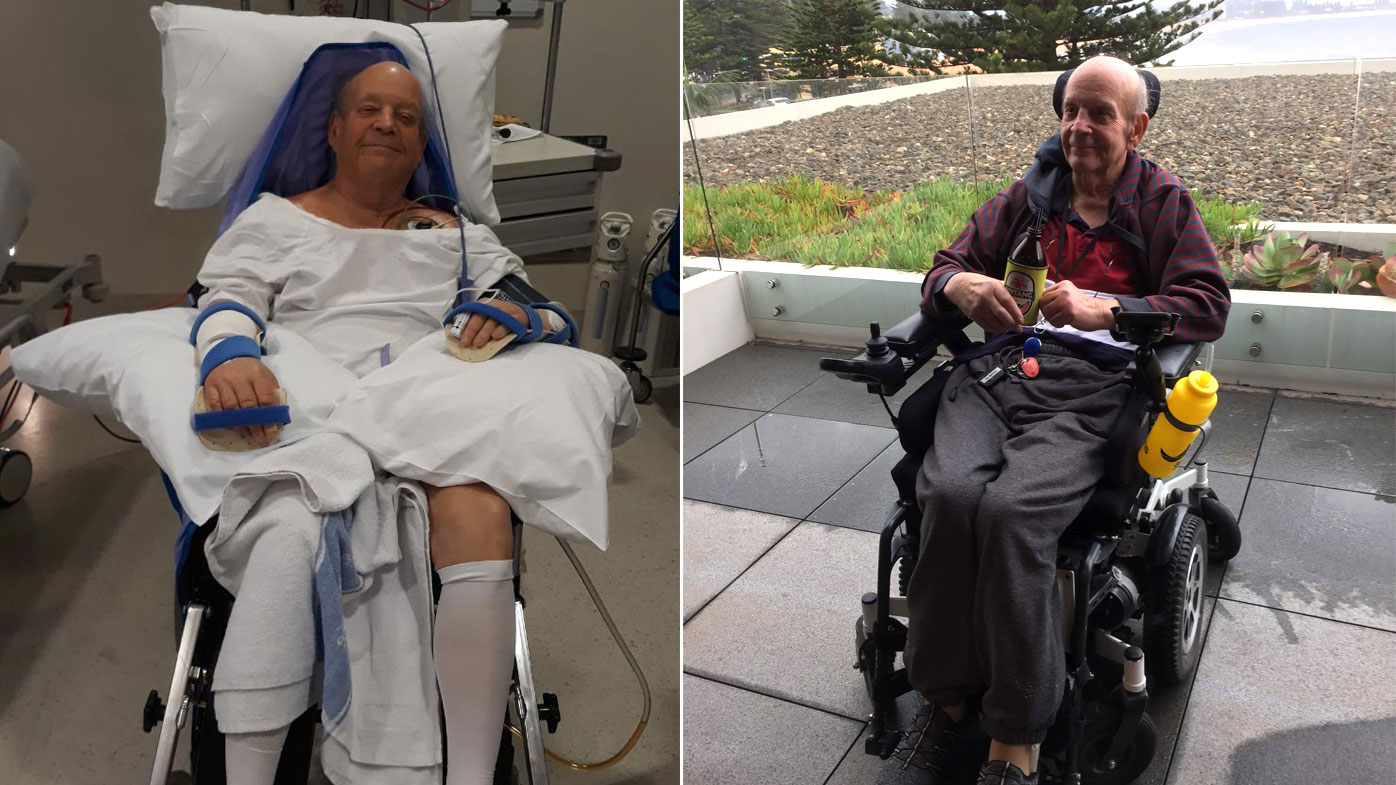 For dad to say he was ‘fine’ is fairly indicative of his character. As it turned out, my beautiful father was neither ‘fine’ nor ‘okay’.

He had been in a very serious T-bone collision, turning right across two busy lanes of traffic. He had done nothing illegal or reckless. He wasn’t speeding, he simply misjudged the gap.

And in that single, terrible moment, my father’s life, and ours, changed irrevocably.

Once he had been freed from his vehicle, the ambulance rushed him to Royal North Shore Hospital in Sydney and straight to ICU. Early the next morning he endured a seven-hour operation.

It turns out Dad had spinal cord damage at T1 and also, more critically, C5. 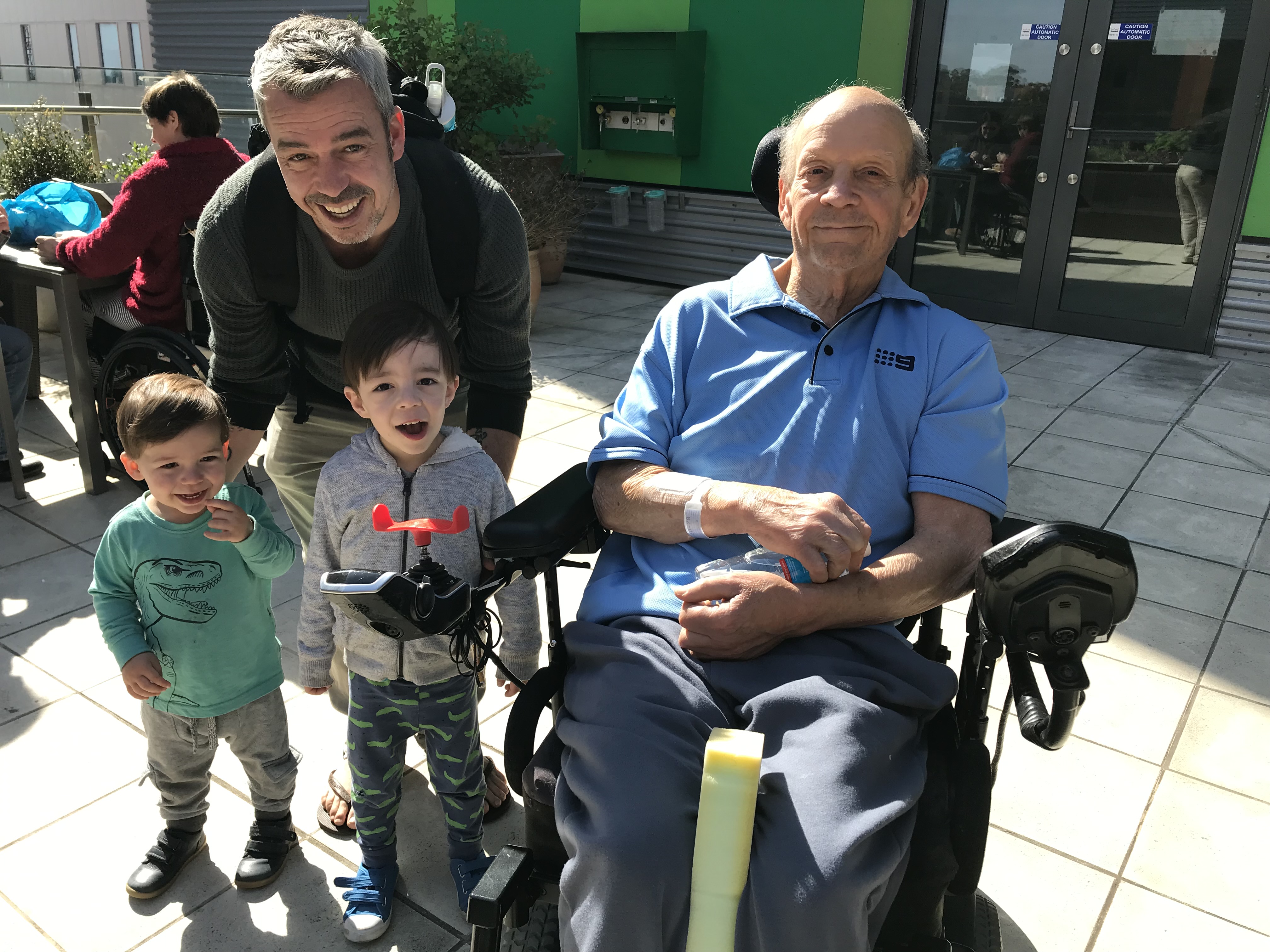 A catastrophic spinal injury. My dad had ‘incomplete quadrapligea’. While he had some sensation in his legs, he couldn’t use them, and he couldn’t move his hands or fingers. How could this possibly be real?

While we waited for further news about the operation and dad’s prognosis, I paced the backyard. Crying intermittently. Waiting, waiting, sick with worry, feeling powerless.

That’s when the messages started. All of my dad’s friends and former colleagues had got wind of his accident.

“We’re all behind him”, “We all love your dad so much. If you need anything, please just let us know.” “Heids, I have my fingers and toes crossed. We all do. Sending love”

It was wonderful and so touching. This amazing wave of strength and support.

That night, as soon as we could, my mother, sister and I went to the ICU. My father lay there, confused, bruised and convinced he was back in a newsroom where he used to work. Lucid thoughts and dislodged memories emerging from his shattered mind and body.

Later, he told me, “I thought that was it, Heid. I thought I was going to die. I looked up and the car was right there. I don’t want to think about it.” 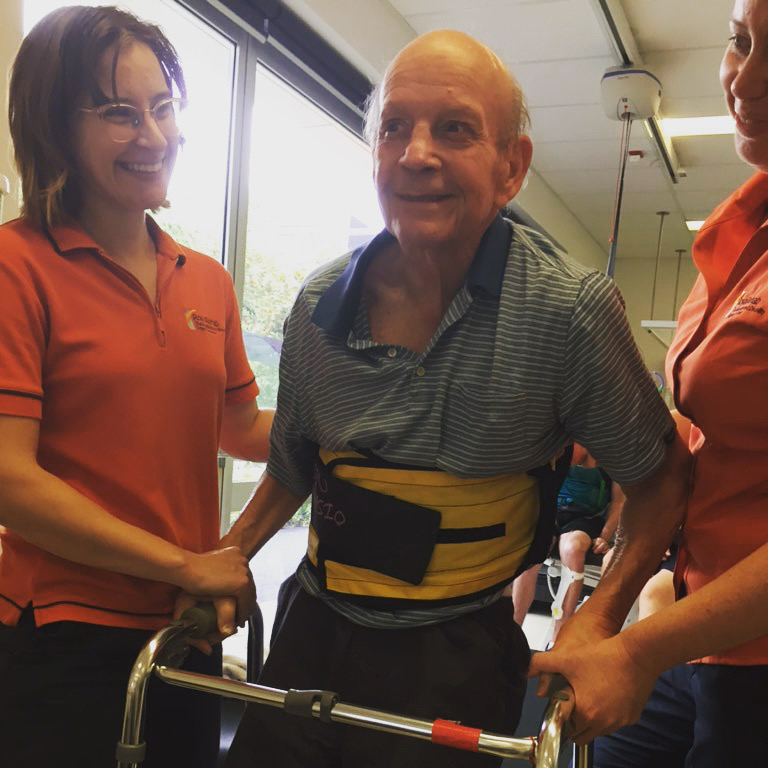 Going to see him that first night was difficult and heartbreaking. And my heart has been broken ever since.

Tragically, my dad died as a result of his injuries 10 months later.

Throughout those devastating months my dad had to be showered, fed and put to bed. He encountered swallowing problems, bed sores and cognitive decline.

Even when he moved to a wonderful rehab facility, he still couldn’t perform basic functions for himself. His attempted recovery was a brutal and gut-wrenching rollercoaster – one step forward and two steps back.

The botox in his hands worked for a short period, only for them to return to stiff, unusable hooks. The same hands that wrote books and award-winning news and current affairs scripts. The hands that patted me as I cried when I fell off my bike when I was seven. The hands that comforted me after I broke up with my first boyfriend. 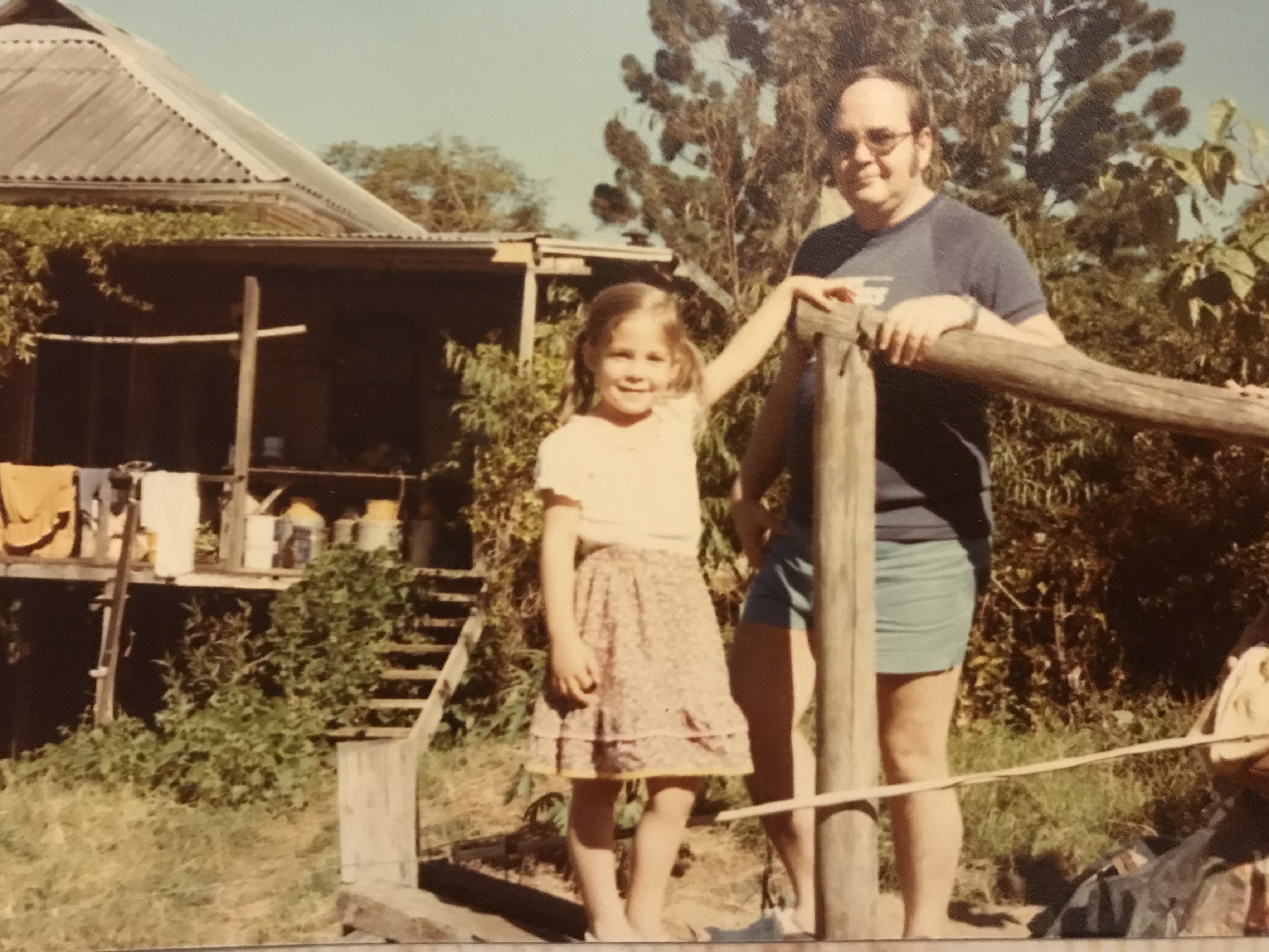 I had to sit there while he dictated emails or journalism awards he was still determined to judge. It completely broke me that he could no longer write. I still can’t even fathom how he truly felt about it.

While dad was sick, there was a tightness that seemed to be permanently wrapped around my chest. A sadness that would not lift.

As I went about my day, chasing after two little kids, getting them ready for daycare, racing into the office, sending emails, madly trying to meet deadlines, a part of me was always thinking about dad.

I imagined him lying in hospital, unable to move, wishing to god I could do something more to make him better.

I watched videos of him dancing with my little boys, over and over. I would stare at photos of us laughing at the football. 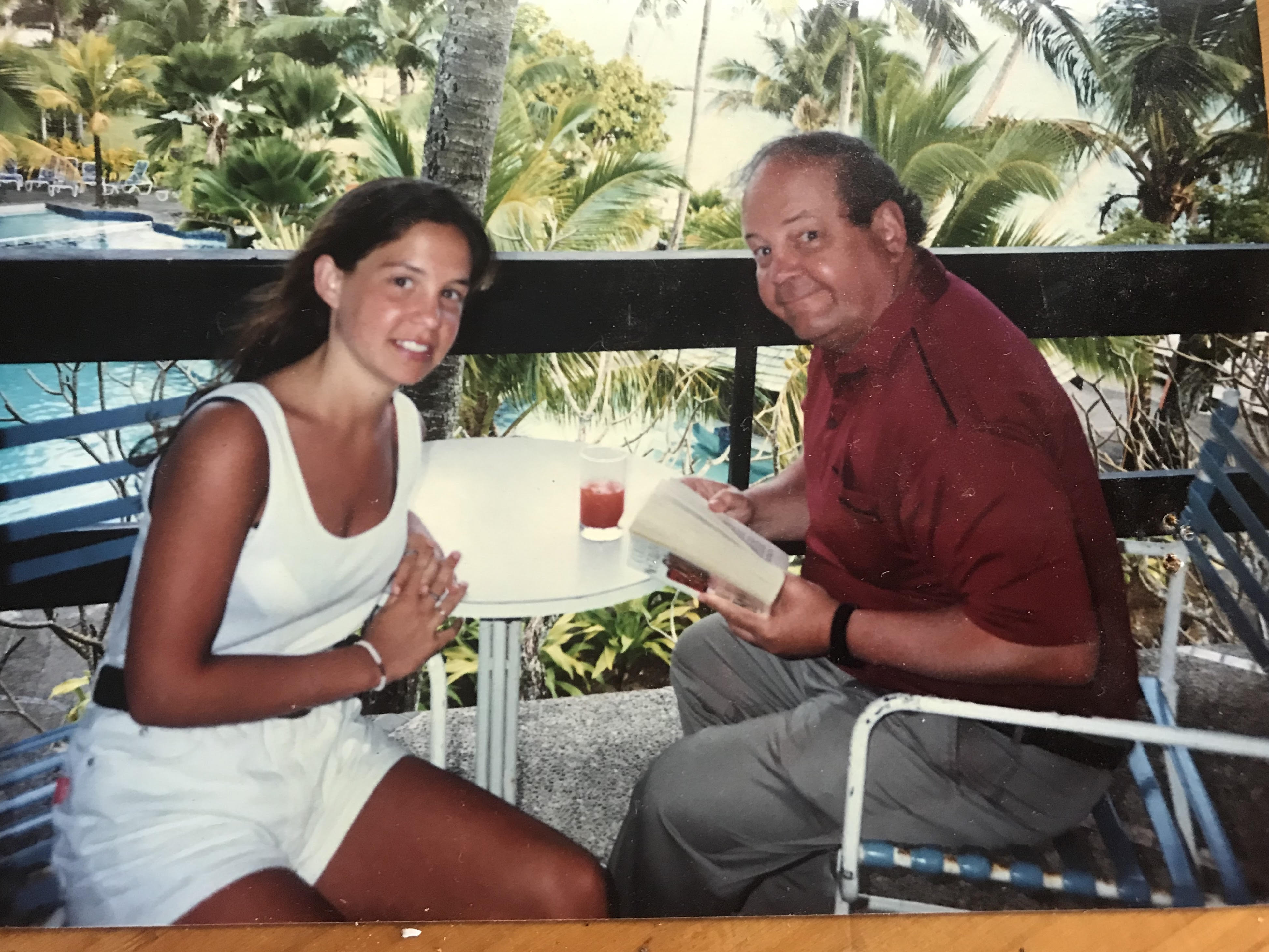 As I pushed my little boys on the park swings or chased them around the backyard, I would think about all those other people at the spinal unit with dad – who couldn’t walk and whose lives also changed in a matter of seconds.

The gorgeous mum-of-three who shattered her spine in a backyard flying fox accident,
the young dad who came off his mountain bike, the lovely grandma who fell out of bed.

Spending time in a spinal care unit is extremely sobering.

There is little doubt that trying to come to terms with a spinal injury for the patient is incredibly difficult.

As for those closest to the victim, it is equally gut-wrenching. Watching someone you love lose their independence and in some cases, dignity, is not a pleasant experience.

I still cry when I think about it or drive by his rehab facility. 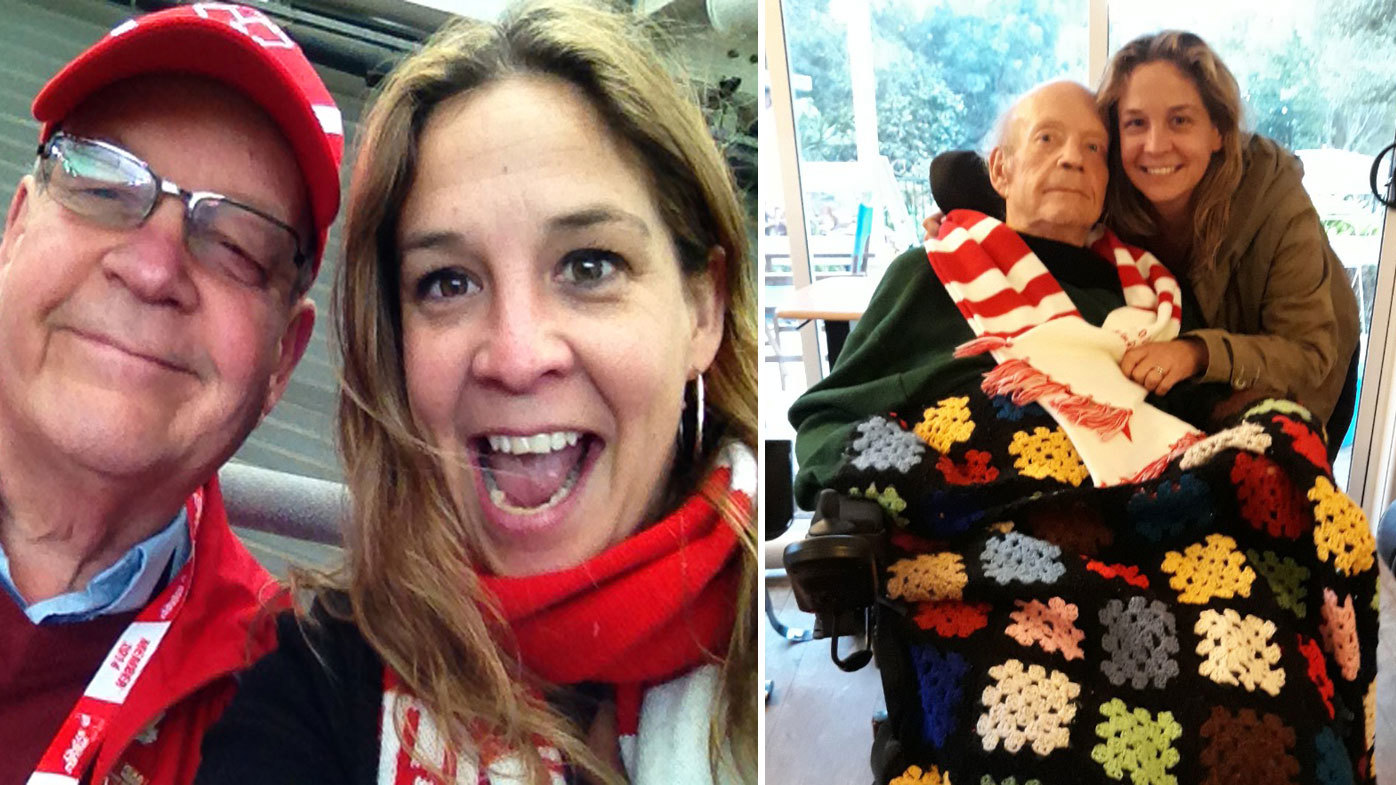 As for my mum, the strongest person I know, I will never really understand how she was able to get through those 10 months… let alone his death. She did not leave his side. They had been married for almost 50 years.

I remember, towards the end, marveling at how well my dad managed his terrible predicament.

He remained so brave, positive and determined until his final breath.

He had the strongest work ethic of anyone I know and even in his darkest hour, as he faced the most insurmountable obstacles and complications, he had never once complained. Not once.

He didn’t like to talk about the accident. “I don’t like to think about it, Heid… that moment…”

That single, cruel and unthinkable moment in time robbed him – and us – of everything.