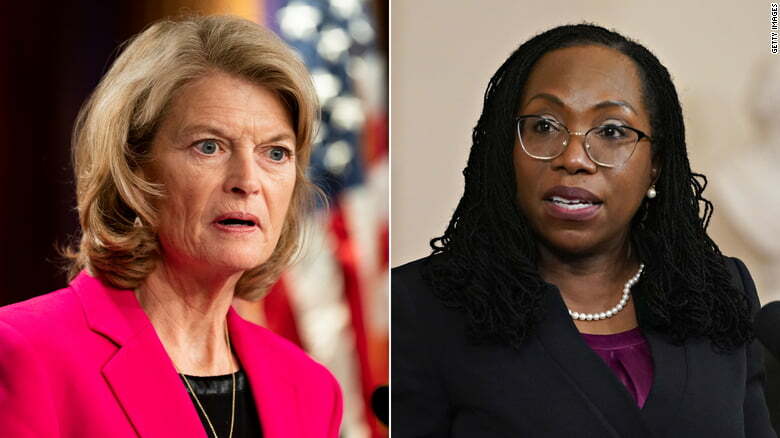 Last year, Sen. Lisa Murkowski was one of just three Republicans who voted to elevate Judge Ketanji Brown Jackson to the second most important court in the country. Now, in the middle of an election year, she is faced with a new choice: Promoting her to the highest court in the land.

Murkowski isn’t yet sure what to do.

“The difference is, you have nine people who sit on the highest court in the land, who are there for life, and it requires a level of review and scrutiny that is in line with the position,” Murkowski told CNN. “So yeah, this is a different game.”

Murkowski is in a bind. If she votes for Jackson, she’s bound to give fresh ammunition to a Trump-backed challenger trying to remove her from the seat she’s held for the past two decades. Yet if she opposes Jackson, she’ll be accused of reversing course to insulate herself from campaign attacks.

The Alaska moderate is widely viewed in the Senate as one of the biggest wild cards in what is expected to be a mostly party-line affair. If she votes no, it’s possible that Jackson could win only two GOP votes or perhaps even just one, underscoring how deeply partisan Supreme Court fights have become.

“I am serving a term for six years as a senior senator. I’m interviewing somebody who’s going to be there for decades, decades and decades. So this is not about me,” Murkowski said. “This is about her. This is about the Supreme Court.”

“You point out the obvious that I’ve got other considerations that go on, but our reality is this is a really big deal,” she added.

After decades of escalating fights over the Supreme Court, the Senate hit a new low in the Trump era. As Donald Trump was running for the White House in 2016, Senate GOP Leader Mitch McConnell refused to move on then-President Barack Obama’s Supreme Court pick, an unprecedented move that shifted the court to the right and still infuriates Democrats to this day. 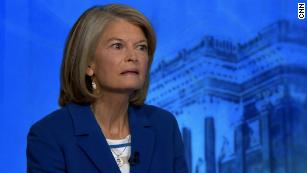 Trump’s Supreme Court nominee Neil Gorsuch to fill the seat received only three Democratic votes. His next — Brett Kavanaugh — received one. And his last — Amy Coney Barrett, a conservative considered during the 2020 presidential election to replace the late liberal justice Ruth Bader Ginsburg — was the first justice to be confirmed without bipartisan support since Reconstruction.

Unlike Barrett, Jackson’s confirmation would not alter the ideological makeup of the Court. Unlike Kavanaugh, Jackson hasn’t been accused of sexual assault. And unlike Gorsuch, Jackson would not take a seat held open by the Senate’s minority party for eight months.

Even though Jackson would be the first Black woman to serve on the court, only a handful of GOP Senate votes are truly in play, including retiring GOP senators, Utah’s Mitt Romney and the senators who voted for Jackson to the Court of Appeals for the DC Circuit: Sens. Susan Collins of Maine, Lindsey Graham of South Carolina and Murkowski. Yet only Collins has clearly signaled she may back Jackson, while others are waiting for her confirmation hearings later this month and some refuse to talk about her at all.

“I don’t want to talk about it,” Graham said, after sharply criticizing President Joe Biden for selecting Jackson rather than a South Carolina district judge he had supported.

Democrats recognize winning much GOP support is unlikely, given the polarized nature of modern-era court fights, and unnecessary given they are likely to hold all 50 of their members together to win her confirmation. But they hope that Jackson joins the court with bipartisan credentials, giving a boost to her, Biden and the court’s image as a nonpartisan institution.

“It’s a process that I won’t be handling alone,” said Senate Judiciary Chairman Dick Durbin, a Democrat from Illinois, of winning GOP support. “She is actively meeting with senators, and I think she is the most persuasive tool, strategy that we can use. I think she makes an excellent impression, answers questions professionally, and has a resume that is as strong as anyone can ask for.”

Murkowski has yet to meet with Jackson, waiting for her to finish meetings with members of the Judiciary Committee, on which she does not serve.

But Murkowski faces a tough decision: support Jackson and risk a backlash from the right or oppose her and appear like she’s flip-flopping in the middle of a reelection campaign. So far, Republicans have criticized Jackson’s elite educational background, questioned her views on crime and pointed out the support she holds from left-wing groups.

Asked why she backed Jackson for the DC Circuit last year, the Alaska Republican told CNN in the interview that the judge was qualified for the promotion. “I looked at her record, as it was at that point, and gave an evaluation and said she’s got the qualifications,” Murkowski said.

Murkowski and her campaign maintained that just because she voted for Jackson in the past does not mean that she will support the nominee for a different position. 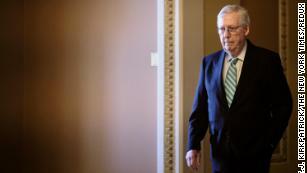 But Kelly Tshibaka, a former Alaska Department of Administration commissioner and Murkowski’s chief Republican rival in the 2022 Senate race, is already attacking the senator over her record on previous judicial nominations.

In 2020, Murkowski opposed moving forward with Barrett’s nomination since it was so close to the presidential election, although she ultimately voted for Barrett after Republicans decided to push forward the nomination anyway.

And in 2018, Murkowski was the only Republican to oppose Kavanaugh after Christine Blasey Ford alleged the nominee sexual assaulted her when they were in high school. Kavanaugh denied the allegation and was confirmed.

“Probably the most important votes a senator can cast are those for lifetime appointments for federal judges, and especially for the Supreme Court,” Tshibaka told CNN in a statement. “Lisa Murkowski has spent her career being a dependable vote for leftist judges and opposing the nominations of solid, constitutionalist judges like Brett Kavanaugh and Amy Coney Barrett.”

“She has done this over and over to make herself popular with her D.C. insider friends, but it’s not what Alaskans want,” Tshibaka added. “Her votes have cost Alaska dearly, time and time again.”

While conservative voters might oppose Murkowski for supporting Jackson, moderate voters could reward her. Alaska has a new election system where candidates run together in a nonpartisan primary, and the top four finishers advance to the general election, when voters rank their preferences.

Murkowski has been more deferential to Biden’s judicial nominees than many of her Republican colleagues. The Senate has voted to confirm 46 of Biden’s federal circuit and district judges. Murkowski supported 37, opposed six, and didn’t vote on three of them, according to a CNN review.

Murkowski was more willing to consider Obama’s nominees too, even though she did not support his Supreme Court nominees, Sonia Sotomayor and Elena Kagan, in 2009 and 2010.

She was occasionally the only Republican senator to support advancing Obama’s picks, saying she thought all judicial nominations deserved an up-or-down vote, except in “extraordinary circumstances,” no matter who was President. Other times, she and Collins were the only Senate Republicans who supported advancing Obama’s judicial nominees, paving the way for their confirmations, even if she ultimately opposed confirming them.

But Murkowski is no stranger to difficult votes. Tshibaka was endorsed by Trump and the Alaska Republican State Central Committee after Murkowski voted to convict the former President of “incitement of insurrection” in the impeachment trial following the attack on the Capitol last year. She was also a rare Republican vote to doom the party’s bill to repeal the Affordable Care Act under Trump.

Besides Murkowski, only a handful of Republican senators appear open to the prospect of voting for Jackson.

“I’m looking to meeting her and we’ll see,” Missouri Sen. Roy Blunt, who is retiring, told CNN when asked if he’s open to backing her.

Romney said “sure” he’s open to backing her nomination, saying “it will depend on our discussion and judicial philosophy and I’ll be looking at her record and seeing how she’s decided prior cases. It’s a much deeper dive than I took last time.”

Asked why he voted against her for the DC Circuit last year, Romney said: “We took a review of some of the cases that she decided and felt that they suggested that she was not in the mainstream of judicial thought.”

GOP leaders say no matter how many of their members vote for Jackson, the outcome will be the same.