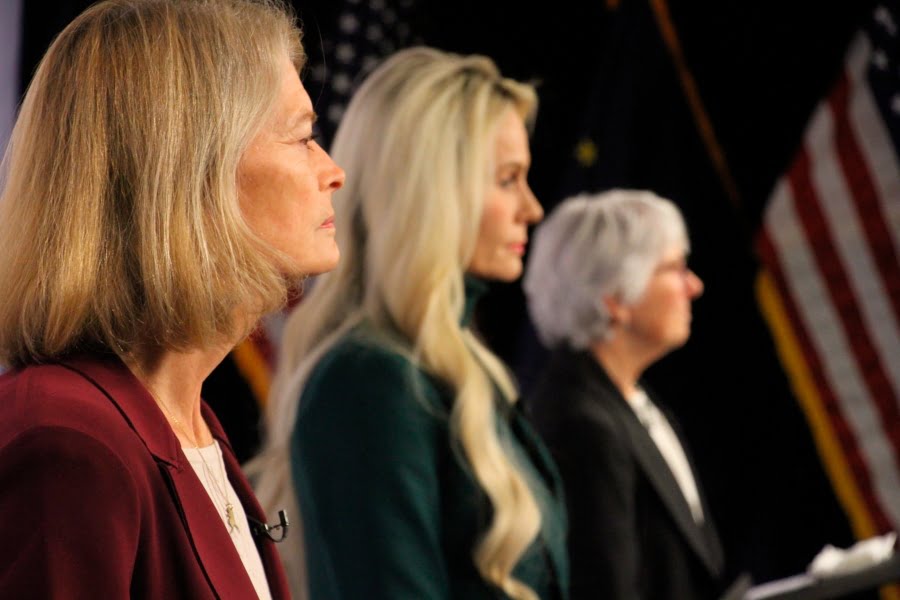 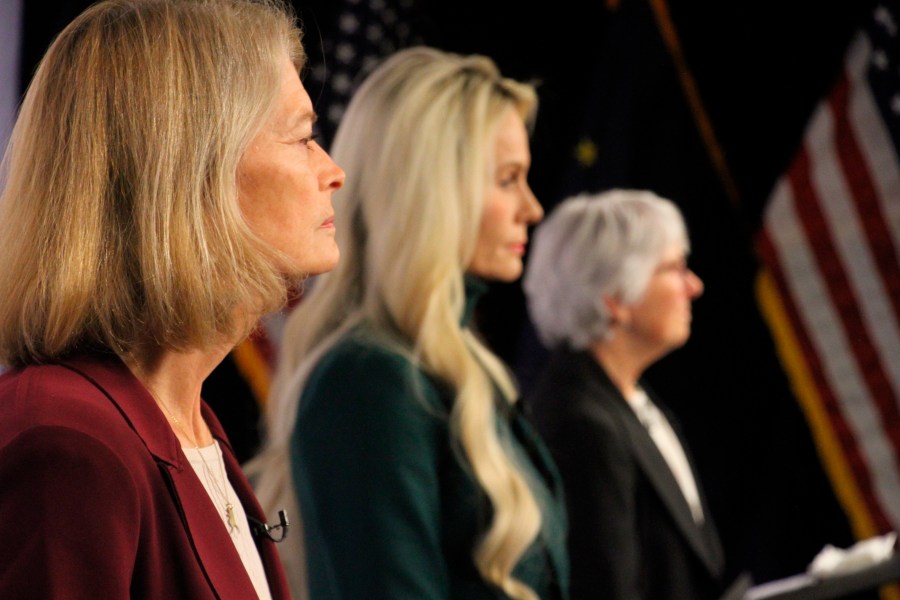 Murkowski, who has held the seat since late 2002 and is the most senior member of Alaska’s congressional delegation, said the race is about “who can best deliver for Alaska.” Murkowski pointed to and defended her record.

The debate, held less than two weeks before the Nov. 8 ranked choice election, also included Democrat Pat Chesbro, who has significantly trailed Murkowski and Tshibaka in fundraising. The other candidate on the ballot, Republican Buzz Kelley, who finished fourth in the August primary, last month suspended his campaign and endorsed Tshibaka.

Trump, who came to Alaska in July for a rally with Tshibaka and Republican Sarah Palin, whose House run he’s endorsed, participated in a tele-rally for Tshibaka earlier this week. He called Murkowski “one of the worst senators even imaginable.” He criticized her for voting for the “insane impeachment” and for opposing the nomination of Brett Kavanaugh to the U.S. Supreme Court.

Murkowski, who has a reputation as a centrist, was censured by state Republican party leaders last year for reasons including her criticism of Trump and vote to convict him during his second impeachment trial last year. He was acquitted.

Murkowski has said that while she’s a lifelong registered Republican she does not “pledge allegiance to a party.” She has emphasized a willingness to work across party lines and in campaign ads used the tag: “I’m for Alaska, always.”

Murkowski recently said she would rank U.S. Rep. Mary Peltola, a Democrat, first in the race for Alaska’s only House seat, a decision criticized by Tshibaka.

Peltola, who won an August special election for the seat that was held for 49 years by Republican Rep. Don Young, served in the state Legislature with Murkowski. Young died in March. Peltola said she planned to rank Murkowski first on her ballot, too.

The wide-ranging debate touched on topics including the Arctic, the nation’s COVID-19 pandemic response and protecting youth from gun violence.

Murkowski defended bipartisan legislation passed earlier this year that she said helps address school security and mental health resources. The measure also “ensures that we are still able to provide for our Second Amendment protections while making sure that those who should not be possessing guns do not have them,” she said.

Under the bill, there will be money to help states enforce so-called red flag laws that help authorities temporarily take guns from people considered threatening and for other states’ violence prevention programs. Murkowski’s office, when the bill passed, labeled as a myth any suggestion that the measure “forces states” that don’t have red flag laws to adopt them.

Tshibaka’s campaign has said red flag laws “can be abused.” And she said Thursday that she would not have voted for the measure she called “extreme.” She said she would like to see more funding for school and mental health counselors.

Chesbro, a former educator, suggested looking at ways to ensure gun owners have their guns locked up.

Chesboro asked Murkowski during the debate how she would change her approach to confirming U.S. Supreme Court justices, noting that Murkowski had voted to confirm justices who earlier this year overturned Roe v. Wade.

Murkowski has expressed support for Roe and abortion rights with limits.

Murkowski called the confirmation process “broken. We are not evaluating nominees based on their competence, their qualifications, their temperament, their independence. We are evaluating them based on what president appointed them.”

She said she takes the evaluation process seriously. “We have got to get back to actually evaluating the criteria, the qualifications, of these nominees,” Murkowski said.

Chesbro, who supports abortion rights, said the “Supreme Court of the land should be the most fair, the most dependable court in the land.” She said she’s worried the court is “unbalanced.”

Tshibaka said she will support “constitutionalist nominees for the Supreme Court, regardless of which president appoints them. I think that the process is fine.”