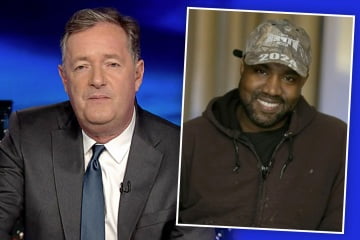 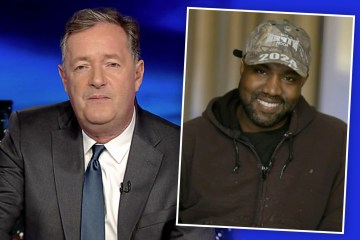 A HEALTH-CONSCIOUS lingerie brand has created an extreme visual representation model that shows what the wrong fit of bra can do to the body after decades – and it’s horrifying.

Wearing the wrong bra size is not exactly a noticeable fashion faux-pas, but it can be an uncomfortable one that can lead to long-term health issues.

So brand Pour Moi created the model to warn women about the detrimental side effects of wearing an incorrectly-sized bra.

According to the company, there are serious health concerns associated with ill-fitting undergarments like chaffing, back pain, and indentations.

Pour Moi conducted an eye-opening study to show the long-term health impact an incorrectly-sized bra could have on the body.

The company surveyed 1,001 British bra-wearers and consulted in-house experts Dr. Hana Patel and Andreas Anastasiou, a sports therapist with expertise in body corrective exercise, to determine the consequences of wearing the wrong-sized bra.

With that info, the team created Melanie, a digital rendering of a woman who is really, really suffering for her bra choices.

Visible signifiers on Melanie include marks and dents on her shoulders from tight straps and hunched posture from bras that are too loose.

Unseen damages include shoulder and back pain from too-tight bras that “can lead to nerve damage in the thoracic outlet (the space between your collarbone and your first rib),” says Andreas.


I hit Primark for some new jumpers and got five, all for £16 or less

Bras that are too loose can also cause internal health problems, such as hunched shoulders.

“Hunching the shoulders further narrows the costoclavicular passage by pushing the scapula forwards.”

This too, she says, can lead to nerve damage, emphasizing the importance of a bra that is not too tight or too loose.

Additionally, she recommends people who wear bras “try physiotherapy to mobilize the thoracic spine (or using a spikey ball) to release the pec muscles and consider using a lumbar roll to support you when sitting.”

“Yoga or pilates are also great exercises to stretch and open up the chest, as well as any back strengthening exercises that specifically target the upper back which will be most affected by this,” Dr. Hana Patel adds.

Upon getting fitted for the correct size, the participants of the survey reported promising results.

Pour Moi experts strongly recommend that bra users get their garments sized every six months to ensure for best fit.

What are the common side effects of a badly fitted bra?

The study, however, found that the average British bra-wearers go nearly nine years without getting a bra properly fitted, which according to experts is “eight years and six months too long.”

Almost eight percent of those surveyed waited between 11 and 20 years to get resized, a sure indicator that their bras are not properly supporting their chests.

Not only that, but Brits admitted to wearing bras that are outdated.

“We recommend replacing your bra every nine to 12 months, and as bodies change regularly you definitely shouldn’t be wearing a bra from the previous decade,” the study said.

Model Melanie shows the results of wearing the wrong bra size, including marks and indentations on the shoulders, acne spots, and stretch marks[/caption]