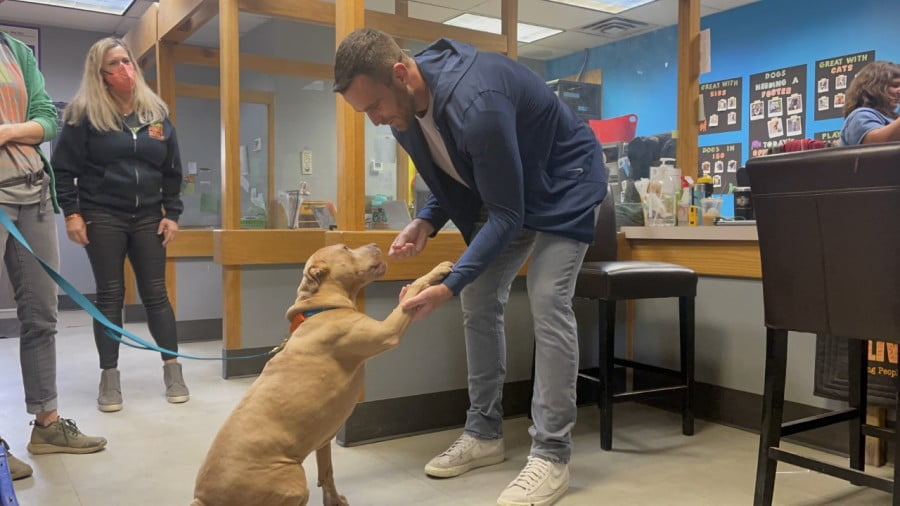 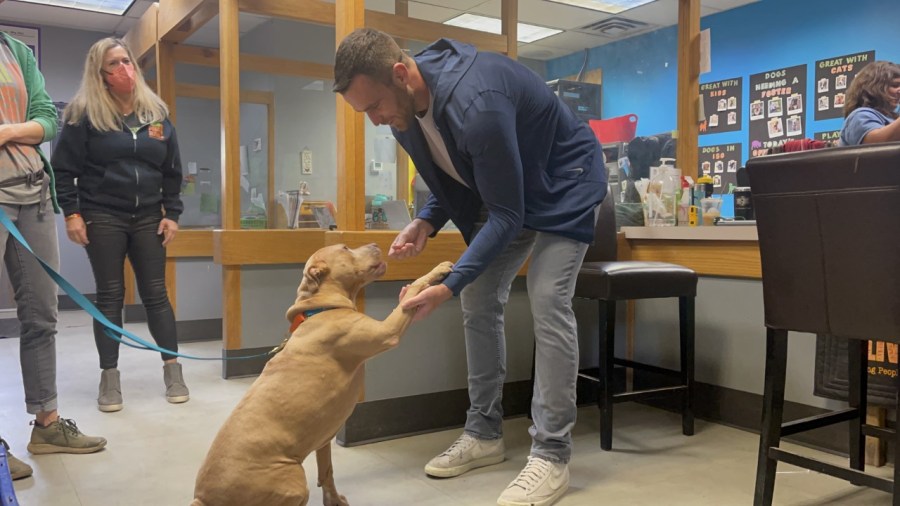 AUSTIN (KXAN) — An NFL player has chosen Austin Pets Alive! as his charity of choice for the league’s “My Cause My Cleats” campaign.

Miami Dolphins tight end Durham Smythe said Thursday he would partner with APA! for the campaign. He grew up in Central Texas and lives in Austin during the off season, and he said choosing the shelter was a no-brainer for him.

Smythe said he thinks animal shelters are part of an under-represented group, and he wants to raise awareness for all the good things APA! does.

“We play our My Cause My Cleats game on December 4th, which is in San Francisco, and that weekend I’m going to match all donations to this organization up to $10,000 dollars,” Smythe said.

Each player will wear a custom pair of cleats with their designated charity on them. They’ll unveil their cleats with donation information on Dec. 1. Durham will be wearing these cleats on Dec. 4 during a matchup against the San Francisco 49ers.

Players also have the option to donate their cleats to NFL Auction, with proceeds going to the causes selected by players.