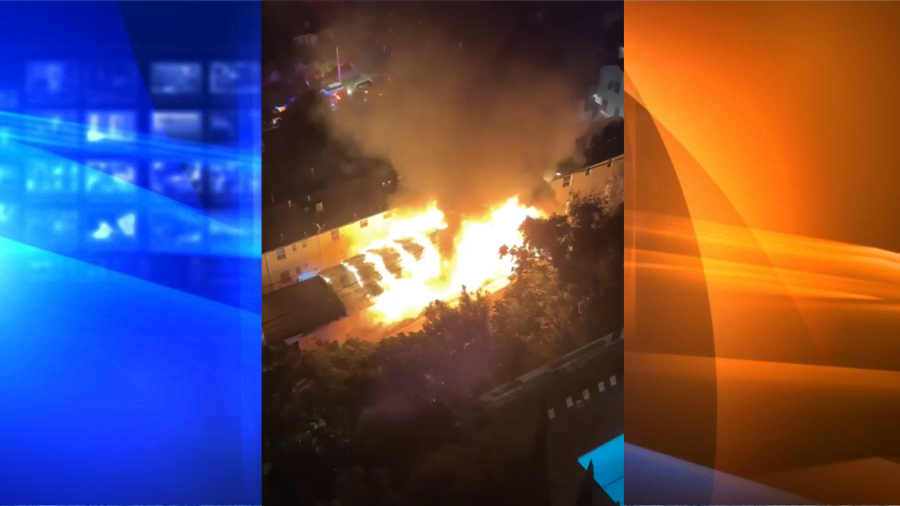 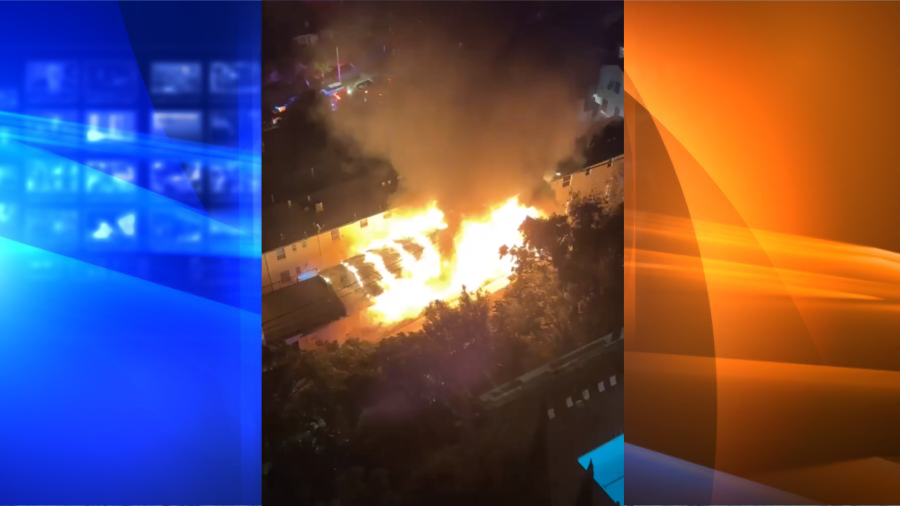 The Beverly Hills Fire Department received reports of the towering flames at the intersection of Olympic Boulevard and Shirley Place around 6:05 p.m.

When firefighters arrived, around eight to nine carports were fully engulfed, each containing many vehicles, officials said. Surrounding buildings were fully evacuated for safety.

Fire crews say the carports and all of the vehicles housed inside are likely deemed a total loss. Citizen video shows the colossal blaze burning into the night.

Some flames hopped over onto the eaves of nearby roofs, but the flames were quickly extinguished to prevent spreading. Crews were able to knock down the fire after several hours.

Authorities say the carports likely contain hazardous materials, gasoline and oils, making the location a much more dangerous spot for firefighters to work in.

No injuries were reported during the incident. Multiple agencies responded to assist with the scene.

The cause of the fire remains unknown. Authorities are working to locate the origin point of the destructive fire.