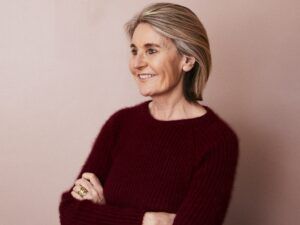 Mary Portas is calling on the Government to provide further support to save high street businesses from going under.

The retail expert, together with Ankorstore, launched a report looking at the current state of retail from the perspective of consumers and businesses.

Almost all (97 per cent) of retailers believe that the Government has not provided enough support and 74 per cent are calling for the Energy Bill Relief Scheme to be extended beyond March. A huge 94 per cent want the Government to take action in the upcoming Autumn Statement to preserve UK high streets. An alarming nine in ten believe that their businesses would suffer if the energy bill relief scheme isn’t extended.

>See also: Autumn Statement what it means for small business

As for consumers, the second highest attribute they’ll be looking for in 2023 is good quality goods, beaten only by price. Sustainability (47 per cent), locally sourced products (42 per cent) and personalised shopping experiences (41 per cent) are aspects they’re not going to compromise on as we move into next year.

2023 is expected to become the year of the ’15-minute city’, with 68 per cent of retailers believing it’s the future of retail and 74 per cent saying it’s a great way to foster stronger communities.

Portas said: “We know there is hope for our local high streets post-Covid. Shoppers want to support them and almost half of retailers are positive about 2023. But – and it’s a big but – the government has to support them.”

“If the energy relief scheme isn’t extended for instance, almost half of all independent retailers (42 per cent) say they will either close or consider closing. That would have huge consequences for the communities who depend on these shops – and the social infrastructure they provide. Because shops are about so much more than what is sold.”

Do I need retail insurance for my small business?