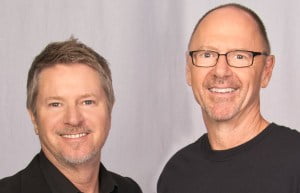 A legendary San Diego morning radio show is coming to an end after 32 years.

iHeartMedia San Diego, operator of KGB-FM, said the show has remained a ratings leader and garnered a reputation as San Diego’s most dependably hilarious morning show.

The iHeart also statement said Rickards will continue in a KGB ambassador role to include appearances at station events and producing a podcast that will air on KGB-FM and be available on the iHeartRadio streaming platform.

“If there’s any impression I want to leave with regarding my retirement, it’s that I’m overwhelmed with gratitude,” Rickards told Times of San Diego. “I am grateful beyond words to my bosses, the company, my family, everyone I’ve worked with and especially our audience. When you’ve been supported by the greatest radio audience ever for over three decades, there’s no room for anything but profound gratitude. As I ride off into the sunset into an ambassadorship role, I want people to say there goes a grateful man.”

Rickards said he and Randolph have been privately talking about retirement for the past two years.

“Every morning before the show starts, we sit and talk about content for that day’s show, plus what’s going on in our personal lives. About two years ago, after we passed the 30-year mark, we started bringing up retirement on a casual basis and then more frequently,” said the 61-year-old Rickards. “That’s when we looked at each other and knew that it was time.”

Rickards said when he and Randolph shared their retirement decision with station management, “our bosses initially didn’t accept our resignation, which was a very kind thing to do. It showed me another reason why KGB is the greatest rock radio station in America. Our San Diego audience has been spectacular in their loyalty. You show them the slightest kindness and they repay it 50-fold. I mean that with 100 percent sincerity.”

“Getting up and performing these past few decades for our wonderful KGB audience has been, by far, the greatest privilege of my career,” Randolph said in a statement. “It’s been a blast and I’m forever grateful.” (Randolph declined to respond to emails seeking comment for this article.)

Over its three decades, DSC has been heard on several local radio stations, with KGB-FM as the original home beginning in 1990, when the show was called “The Dawn Patrol.”

In 1990, Rickards relocated to San Diego from Denver and was paired with co-hosts Randolph and Shelly Dunn, who had relocated from Phoenix.

In 1994, the show moved to KIOZ-FM and became the Dave, Shelly and Chainsaw Show. After three years at KIOZ-FM, the show returned to KGB-FM’s morning drive slot for another 13 years. It was during this time the show became known as “DSC,” the initials for Dave, Shelly and Chainsaw. Beginning in 2010, the show aired on KFMB-FM before returning again to KGB-FM in August 2018, preceded by Dunn’s retirement in July 2018.

“It doesn’t happen often, but sometimes a group of people come together and create magic. That’s what happened 32 years ago when DSC hit the airwaves on 101.5 KGB,” said Shauna Moran, program director, KGB-FM. “We are honored that one of the most talented and entertaining groups of personalities in the business called KGB home. The DSC has played a major role in KGB’s legacy.”

San Diego-based Bumble Bee Seafoods Co., an iconic 120-year-old fishing company, has announced its latest advertising campaign, titled “Good For You,” is designed to recruit the next generation of tuna lovers by challenging tuna perceptions and celebrating tuna lovers.

“Younger generations don’t view tuna as versatile, nor fitted for their foodie aspiration. Sometimes they even forget how good tuna is for them,” said Jeanine Lewis Canales, VP of marketing at Bumble Bee. “We set out to create a disruptive campaign that takes those challenges head on in a fun, engaging way.”

The campaign, which includes TV spots, digital video and social media, offers a simple, memorable expression of not only the culinary and nutrition story behind tuna, but also an acknowledgement of the authenticity behind the people who love what tuna does for them, the company said.

“Good For You delivers impactful imagery and a progressive outlook that continues to propel Bumble Bee forward as a brand committed to defying category expectations,” a statement said.

The campaign, developed by Los Angeles-based The Many, Bumble Bee’s advertising agency of record, was created in partnership with film director Ashley Armitage. Bumble Bee said Armitage “has garnered worldwide attention for her quirky style and desire to push the boundaries of the expected.”

“This campaign continues to establish Bumble Bee as a category leader by bridging together different generations to inspire new tuna lovers,” said Adam Flanagan, creative director, The Many. “We wanted to showcase the authentic passions enjoyed by a diverse range of people who embrace their unique interests to the fullest, all while touting the many health benefits of Bumble Bee tuna.”

The Many was also behind “Yes! Bumble Bee!,” a 2020 advertising campaign that invited the world to rethink shelf-stable tuna. The campaign, Bumble Bee’s first in years, resulted in a “Most Improved U.S. Brand for 2021” award from YouGov.com. In 2021, Bumble Bee said its ad campaign resulted in a 14.3 point lift in brand awareness, a 4.4 point increase in brand consideration and a 6 percent sales hike in the campaign’s media markets.

Brands ranging from Snapchat to the National Football League have launched recent advertising campaigns to encourage voting in the Nov. 8 midterm elections.

“If we were talking 20 years ago, brands would not touch this space,” Northwestern University marketing professor Jacqueline Babb told Ad Age, an industry trade publication. But now, with increasing pressure from socially conscious consumers, including millennials and Gen Z, brands are more likely to jump in, she said.

Multiple companies have been spending their dollars on election-focused campaigns, reports Ad Age.

Snapchat created a “Register to Vote” app that helps users with registration status and invites friends to register. Music platform Spotify created a playlist called “Focus on the Midterms.”

Electric vehicle charging company Volta launched a “Get Out the Vote” campaign with messages on screens at its 2,800 charging stations in the U.S.

The National Basketball Association’s “Get in the Game: Vote” campaign has included in-game messages and voter registration events. NBA games played on Nov. 7 will be billed as “Civic Engagement Night.” No games are scheduled on Election Day.

Rick Griffin is a San Diego-based public relations and marketing consultant. His MarketInk column appears weekly on Mondays in Times of San Diego.