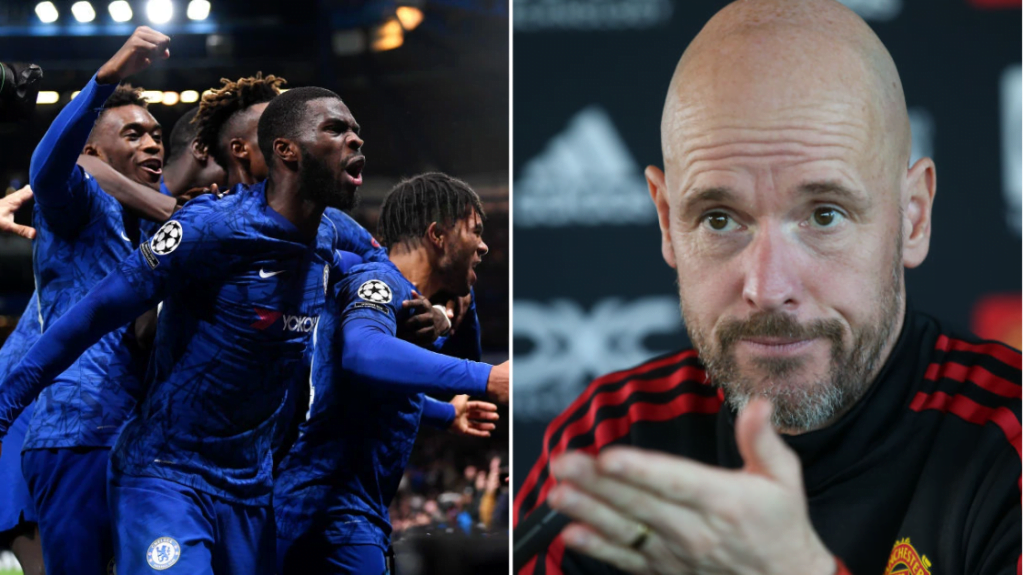 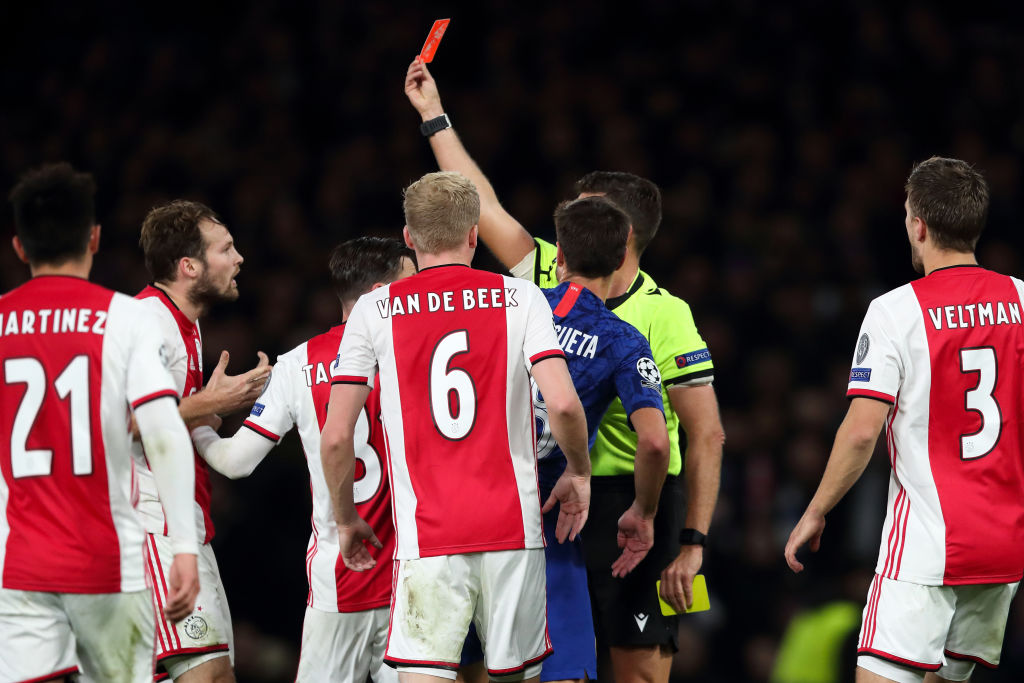 Manchester United boss Erik ten Hag could not resist aiming a little dig at Chelsea over his last visit to Stamford Bridge when he was involved in a controversial 4-4 draw with Ajax.

The west Londoners, then managed by Frank Lampard, were second-best for well over an hour in a Champions League group stage clash back in 2019 – though the game turned on its head in the 70th minute.

In a chaotic passage of play, the referee waved play on after a foul from Daley Blind, which then resulted in Chelsea being awarded a soft penalty after Joel Veltman was alleged to have handled the ball.

The referee then went back and booked both players for a second time, leaving Ajax with just nine men on the pitch.

Given the double jeopardy law, for Ajax to be dealt a triple punishment – having two men sent off and conceding a penalty – was a very tough pill for Ten Hag to swallow and he still hasn’t forgotten about it.

The Dutch coach takes his current United side to Stamford Bridge on Saturday evening and made a pointed reference to the poor officiating he was on the receiving end of last time.

Asked about his experience of playing against the west Londoners previously, Ten Hag told United’s website: ‘I hope we don’t experience tomorrow playing with 12 [people on the other team]. If we play with 11, I think we have a good chance to win.’

Ten Hag was clearly referencing what he felt were biased refereeing performances in his two clashes against Chelsea, with the then Ajax boss having been utterly livid at the time.

Speaking after the 4-4 draw, he said: ‘I am very disappointed with this result, not only today but also for two weeks ago. Some decisions were not on our side and I think we could have had four points and instead we have only one – and I think we deserved certainly four points.

‘But some decisions were out of our power and went against us, and we have only one point.

‘I think we played magnificently, we had to play better on the ball and we did. We dictated the game and were leading 4-1 and even at 4-2 we were in control of the game.

‘And then in one moment in the game everything changes. I think it’s a foul on Daley Blind and then he fouls because he was fouled, and then the handball, and then two yellows which becomes two reds, and then a penalty.

‘I think we got punished several times, first Daley Blind, then Joel Veltman, the penalty and then also for the next game they are suspended. So that’s what disappoints me.

‘Have I ever seen something like that before? No! I think when you have VAR, like we have, and which is good, then you think that can’t happen. But it happened. And it happened in Amsterdam, not getting a penalty, and it’s happened now again. We deserved to win tonight, with 11 and also with nine.’

You can follow our new Snapchat show Pop Cultur’d, the go-to place for all things pop culture.

Keep up with the latest Showbiz exclusives by following Metro Showbiz on Snapchat.

And football fans can indulge in all the transfer gossip and more on Metro Football on Snapchat.