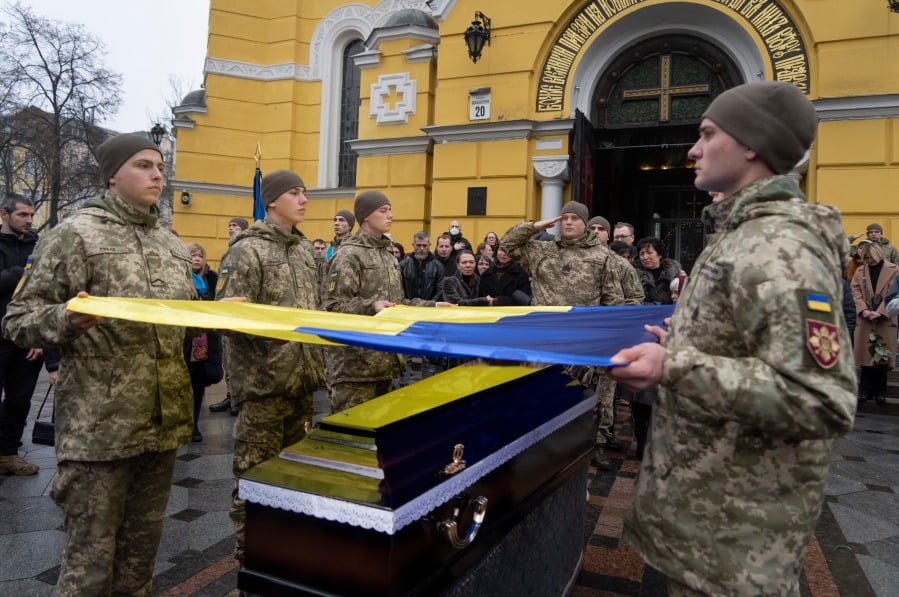 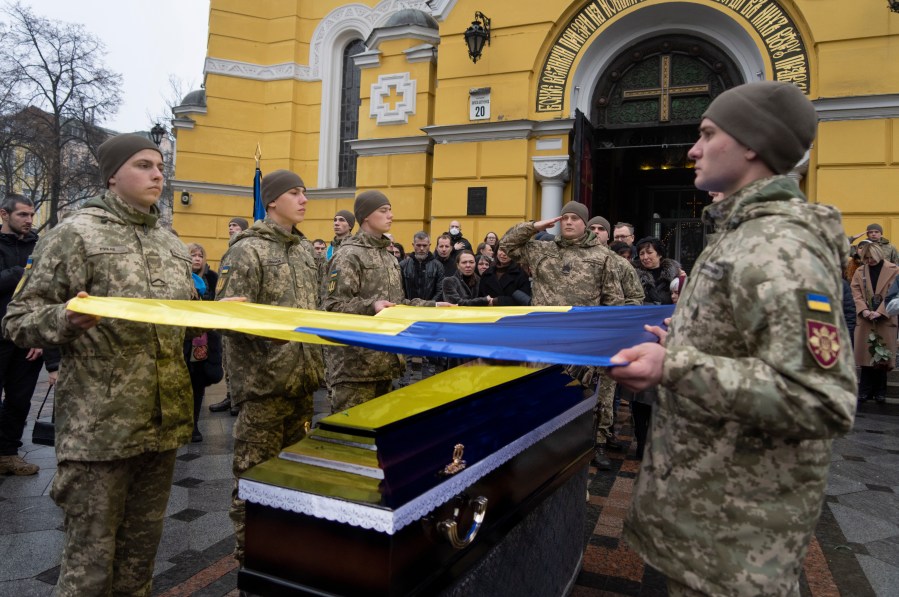 KYIV, Ukraine (AP) — Russian Foreign Minister Sergey Lavrov on Tuesday warned that Ukraine must meet Moscow’s demand for “demilitarization” and “denazification,” as well as the removal of the military threat to Russia, otherwise “the Russian army (will) solve the issue.”

Sergey Lavrov also accused the West of fueling the war in Ukraine to weaken Russia, and said that it depends on Kyiv and Washington how long the conflict, which started on Feb. 24 when Russia invaded Ukraine, will last.

“As for the duration of the conflict, the ball is on the side of the (Kyiv) regime and Washington that stands behind its back,” Lavrov told the state Tass news agency. “They may stop senseless resistance at any moment.”

“Neither total mobilization, nor panicky search for ammo, nor secret contracts with Iran, nor Lavrov’s threats will help,” he said. “Ukraine will demilitarize the RF (Russian Federation) to the end, oust the invaders from all occupied territories. Wait for the finale silently…”

A day earlier, Ukraine’s Foreign Minister Dmytro Kuleba told the Associated Press in an interview that his government wants a summit to end the war but that he doesn’t anticipate Russia taking part.

Kuleba said Ukraine wants a “peace” summit within two months with U.N. Secretary-General António Guterres acting as mediator. But he also said that Russia must face a war crimes tribunal before before his country directly talks with Moscow.

Both statements illustrate how complex and difficult any attempts to end the war could be. Ukraine has said in the past that it wouldn’t negotiate with Russia before the full withdrawal of its troops, while Moscow insists its military gains and the 2014 annexation of the Crimea Peninsula cannot be ignored.

Meanwhile, fierce fighting continued on Tuesday in the Russia-claimed Donetsk and Luhansk regions that recently have been the scene of the most intense clashes.

Ukraine’s Deputy Defense Minister Hanna Maliar said that Russian forces are trying to encircle the city of Bakhmut in the Donetsk region, but without success. Heavy battles are also underway around the city of Kreminna in the Luhansk region, Luhansk governor Serhiy Haidai said.

Since its initial advances at the start of the war 10 months ago, Russia has made few major gains, often pummeling Ukraine’s infrastructure instead and leaving millions without electricity, heating and hot water amid winter conditions.

Lavrov did not specify how the Russian army will achieve its goals of demilitarizing and de-nazifying Ukraine — which was Russia’s stated goal when the invasion started in February. The reference to “denazification” comes from Russia’s allegations that the Ukrainian government is heavily influenced by radical nationalist and neo-Nazi groups. The claim is derided by Ukraine and the West.

“We keep warning our adversaries in the West about the dangers of their course to escalate the Ukrainian crisis,” he said, adding that “the risk that the situation could spin out of control remains high.”

“The strategic goal of the U.S. and its NATO allies is to win a victory over Russia on the battlefield to significantly weaken or even destroy our country,” he said.

Follow the AP’s coverage of the war at https://apnews.com/hub/russia-ukraine