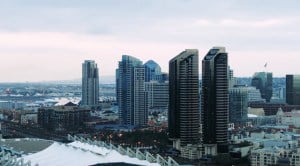 After a two-year pause due to the pandemic, the San Diego Regional Chamber of Commerce will host its 15th Binational Delegation to Mexico City through Wednesday.

The group, including Lt. Gov. Eleni Kounalakis and San Diego Mayor Todd Gloria, are set to meet with Mexican leaders and government officials to strengthen economic and diplomatic ties and discuss opportunities for collaborations on business, border infrastructure and environmental projects.

“While this is our first trip back to Mexico City since the pandemic, our efforts to support and strengthen our binational voice have been going strong,” said Jerry Sanders, a former San Diego mayor and current chamber president and CEO.  “These trips are so important to the chamber’s work to establish a strong relationship with Mexico’s leadership and business leaders.”

This year’s Mexico City delegation is the chamber’s largest, representing a diverse mix of San Diego- and Baja-based industries and organizations.

Delegates will meet with a variety of Mexican federal agency representatives and also will “convey support and appreciation for binational efforts to address transboundary pollution impacting the Tijuana River Valley in the region,” officials said. They also plan to inquire about funding resources to advance border infrastructure and efficiency.

Other planned events include a reception with U.S. Ambassador to Mexico Ken Salazar. Rounding out the agenda are meetings with: