King Charles III will travel to Scotland to lead the procession for the Queen’s coffin through Edinburgh’s Royal Mile on Monday.

He will be joined by Camilla, Queen Consort, and meet up with Princess Anne, Prince Andrew and Prince Edward, who were already there to meet Her Majesty’s coffin when it arrived from Balmoral.

It is not clear which other senior members of the royal family will attend the procession and service at St Giles’ Cathedral.

OPINION: ‘No way back’ for Andrew as rumoured comeback over 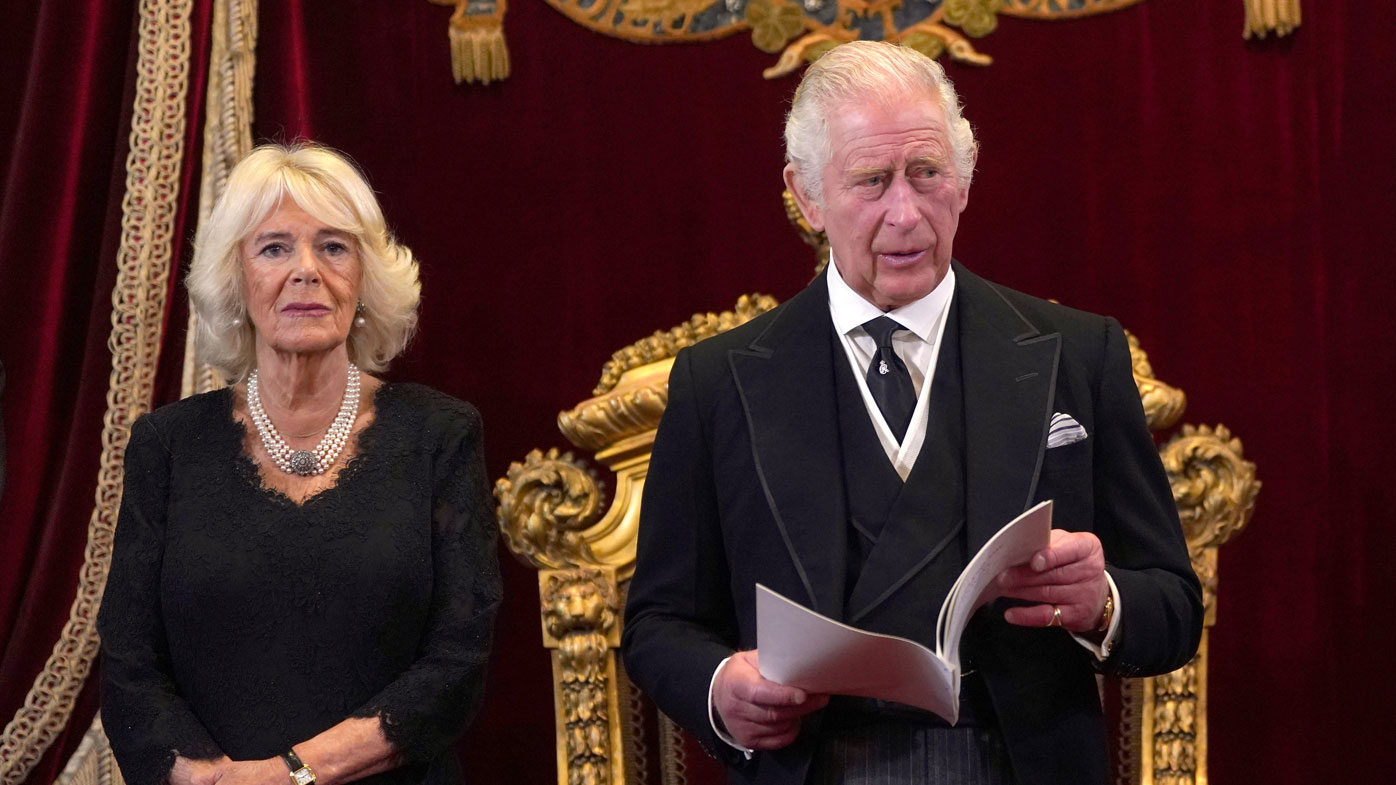 Ahead of the procession, King Charles will head to the Palace of Holyroodhouse, his official residence in the country.

His Majesty will inspect the Guard of Honour before being welcomed to his “ancient and hereditary kingdom of Scotland” by the Lord Provost, and there will be a ceremony of keys.

King Charles will symbolically receive the keys of the city of Edinburgh.

READ MORE: How Kate ‘changed’ Meghan’s mind about rushing to Queen’s side 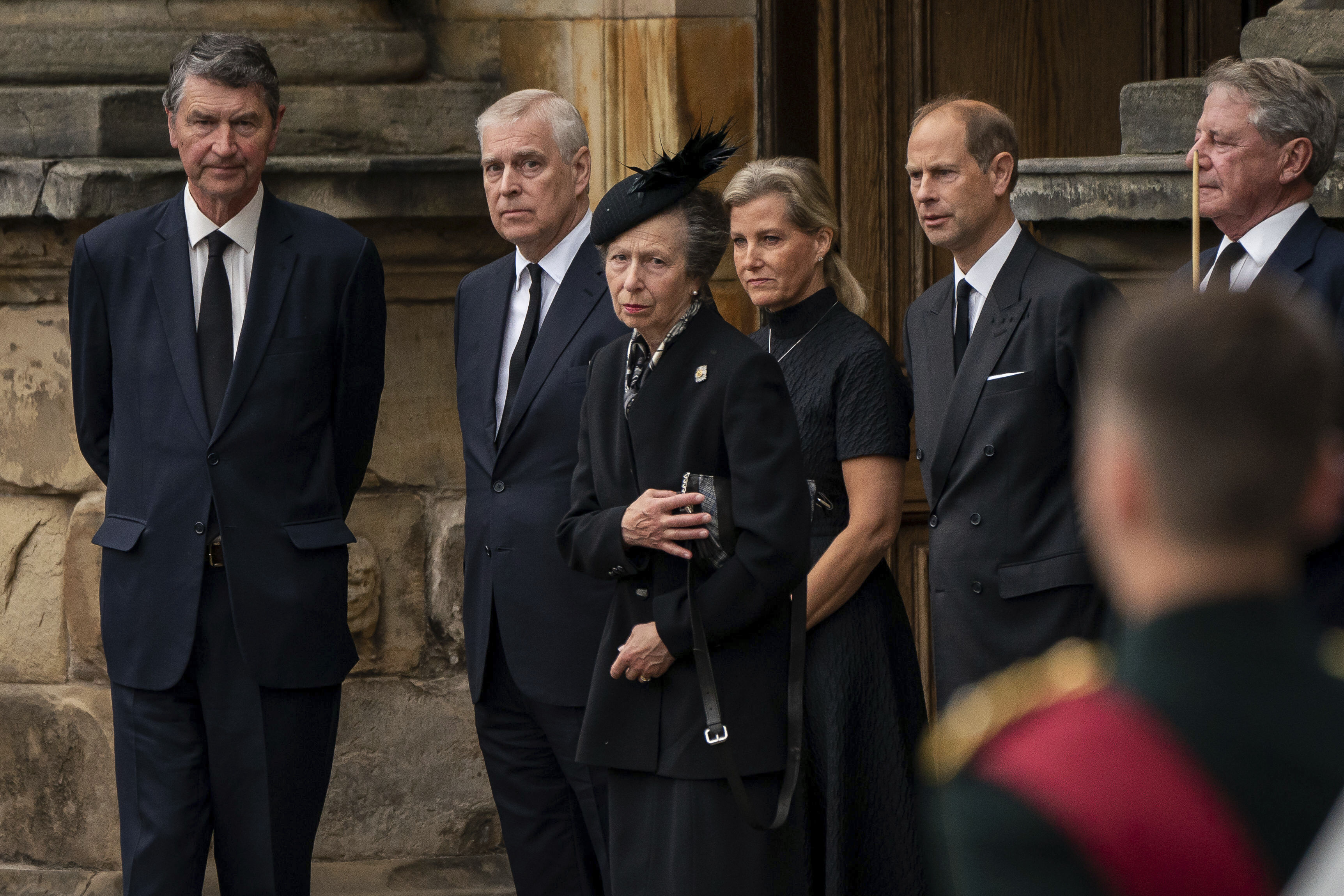 The coffin will then begin a procession down the Royal Mile from Holyroodhouse to St Giles’ Cathedral.

King Charles will lead some of the royals on foot behind the coffin for the 1.1km journey, while Camilla and other members of the royal family will follow in cars.

When the coffin reaches St Giles’ Cathedral, King Charles, Camilla, Andrew, Anne, Edward and the other royals will attend a service of prayer and reflection for the life of Her Majesty. After the service, the King will hold audiences with the First Minister Nicola Sturgeon, followed by an audience with the Presiding Officer of the Scottish Parliament, Alison Johnstone.

Later in the evening, King Charles and the other members of the royal family will hold a vigil at St Giles’ Cathedral.

The Queen’s coffin arrived at Holyroodhouse earlier in the day, where Andrew, Edward and Anne lined up to greet it. 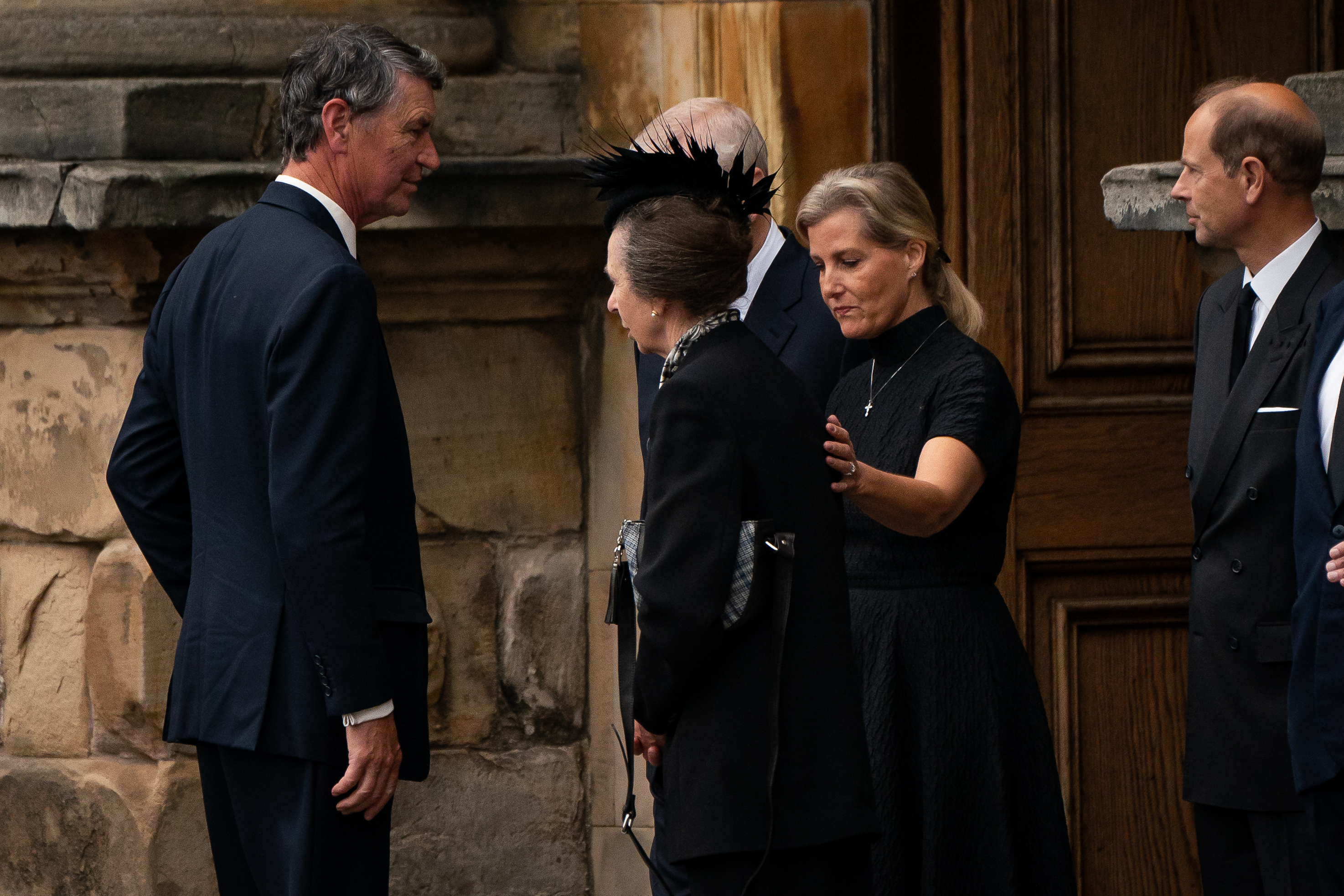 It was a sombre setting, but in a touching moment, Sophie, The Countess of Wessex comforted sister-in-law Anne by placing a tender hand on her back.

The Princess Royal had made the journey alongside her late mother’s coffin from Balmoral.

The Queen’s coffin was draped with the yellow Royal Standard of Scotland and will rest in the throne room until tomorrow when it begins its journey to London.