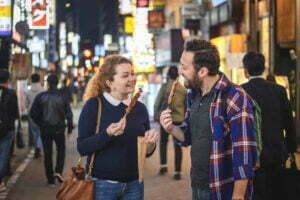 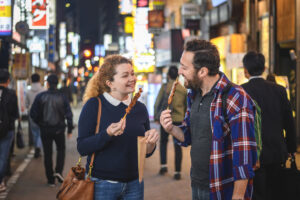 Japanese food and carbohydrates go together like sushi and soy sauce. However, those wanting to explore different eating habits might stumble across the ketogenic (or keto for short) diet. The keto diet is one that is high in fat and incredibly low in carbs but it’s more than just cutting pasta and bread from your meals. The aim of keto is to keep your carbs under 20-50 grams (for reference, one medium-sized apple contains around 20 grams of carbs.)

While the most common reason to follow the keto diet is for weight loss purposes, keto can have multiple health benefits. Research suggests it can reduce the risk of Alzheimer’s and heart disease, helps people to manage diabetes by improving their insulin sensitivity and lowers cholesterol.

It’s hard to believe that these benefits could derive from such a high-fat diet. By replacing your carbohydrate intake with fat, your body is put into a metabolic state known as ketosis, in which your body produces ketones (by-products of fat breakdown) to use for fuel.

While the keto diet is much less commercialized in Japan than in the west, many traditional Japanese dishes are more keto-friendly than you might think.

Please be advised I am not a nutritionist; this content is based on my own experiences and research.

Many Japanese dishes have an abundance of fresh vegetables with every serving, all of which change with the season. Below are a few classic Japanese dishes that are suitable, or can be tweaked, to match the keto lifestyle.

Fans of the beloved Japanese chicken dish will be delighted to hear that yakitori (skewered grilled chicken) remains very much on the menu. Yakitori is an ideal high-protein and low-carb dish. For flavor, choose the salt option as it contains less sugar than tare (soy basting) sauce.

Yakiniku (Japanese barbecue) boasts endless chicken, pork and beef for you to add to your personal barbecue grill, alongside veggies. It’s a perfect way to stick to a keto diet while dining out. Just skip the usual dipping sauces provided and stick to soy sauce to keep carbs low.

When the cooler weather starts creeping in, a bowl of boiled meat and vegetables in a large pot of broth is just the ticket to warm up, making shabu-shabu (type of Japanese hotpot) the ultimate keto comfort food.

Similarly to shabu-shabu, sukiyaki (also a type of Japanese hotpot) is also keto-friendly, thanks to the high meat and vegetables to carb ratio. Another meal that’s great to enjoy with people who aren’t following the keto diet.

A Japanese staple that’s the perfect accompaniment to your meal at home, or in the restaurant. The light and salty misoshiru (fermented soybean soup), or better known as miso soup in English, can be packed with nutrition as tofu and seaweed are also suitable for the keto diet.

Edamame (green soybeans) make a tasty snack or side dish. They’re easily accessible in Tokyo as they’re sold in convenience stores, fresh and frozen in the supermarkets and can be found on the menu at most izakayas.

It may feel like a sin substituting rice for cut-up cauliflower but cauliflower rice is a great way to bulk out your dinner for a very low amount of carbs. Bags of cauliflower rice can be found in the frozen section of most supermarket chains.

Shirataki noodles have been dubbed “miracle noodles” and it’s not hard to see why. Made from konnyaku (yam cake), these noodles are incredibly low calorie, as well as fat-free, gluten-free and sugar-free. These noodles comprise around 97% water and contain less than one gram of net carbs per 100 grams. A true keto delight. Bags of shirataki noodles can be found in the chilled section of most supermarkets.

Have you tried following the keto diet while in Japan? Please share any tips in the comments below!