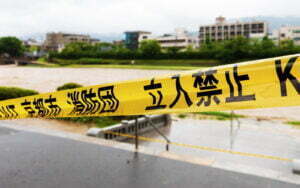 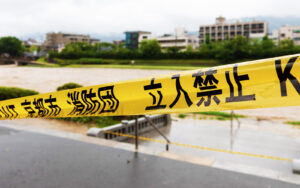 While living in Japan is generally safe, there are times when we might encounter some unpleasant or even awkward situations that could be avoided with a little kanji knowledge. As Japan slowly starts adding more English and other languages to most of the signage around cities and tourist attractions, there are still instances where there won’t always encounter a direct English translation that could help us make sense of the sign in front of us. That said, here are some emergency-related kanji to familiarize yourself with (just in case).

One of the most common kanji pairings under this category is hijyo (非常). The literal translation would be something like extremely or exceedingly (非常に), but on its own, it usually means “emergency.” Usually, this kanji will be somewhere among the many toilet buttons in public establishments like department stores or restaurants. Should you ever fall ill, pressing the hijyo button activates an alarm that sends a distress signal to staff outside. In just a few minutes, you can expect an attendant to come knocking on your toilet door. Otherwise, avoid pressing it at all costs. If you’re looking for the flush button, press the button with the kanji nagasu (流す) written on it.

Another common set of kanji characters relating to warning signs is chuui (注意) which means attention or warning. So if you see this kanji, proceed with care. For example, mouken chuui (猛犬注意) is beware of the vicious dog. Or tenraku chuui (転落注意) means caution, mind the drop.

For a more direct warning, kiken (危険) or danger or dangerous, is the one to watch out for.

Below is a brief guide to other kanji which are related to emergencies:

Instead of an actual emergency, there are other warning kanji that can be derived from kinshi (禁止) which translates to forbidden, these are maybe the two kanji we see the most when walking the streets of Japan. Whether it be restaurants, cinemas or hospitals you’re bound to run into these kanji if you haven’t already.

Here are some samples and their definitions:

For more kanji dealing with earthquake or tsunami warnings, head to GaijinPot Study to learn more about them. For overall help when dealing with emergencies in Japan see our Japanese Decoded guide for emergencies.