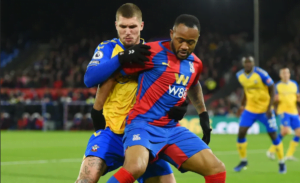 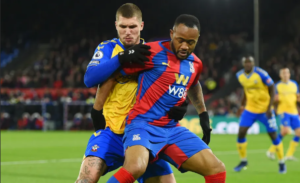 The Ghana striker was introduced in the 63rd minute against Southampton, replacing Eberechi Eze.

The former Swansea City forward failed to convert the chances that came on his way.

However, Palace secured a 2-1 win against the Saints at Saints Mary’s over the weekend.

Speaking after the game, Vieira has challenged Jordan to be decisive in the danger zone to stand a better chance of scoring regularly.

When you look at his performances for the football club since I’ve been here, he’s a player you can count on,” Vieira told the club’s website.

“What I mean is that he’s a team player. He’s got experience of the Premier League and for a club like us to have a player like Jordan is a plus.

“In every football club, you have a Jordan Ayew that the manager loves to have in the squad. Because Jordan is the type of player who will always put the team first before himself. He’s a team player and his attitude has been fantastic in training, in games, off the field, and I don’t have any doubt that the Palace fans show and give him the love he deserves and needs.”

Ayew might feature as Palace prepare for a London Derby against West Ham United on Saturday.

He is expected to be named in Ghana’s squad for the 2022 World Cup in Qatar.