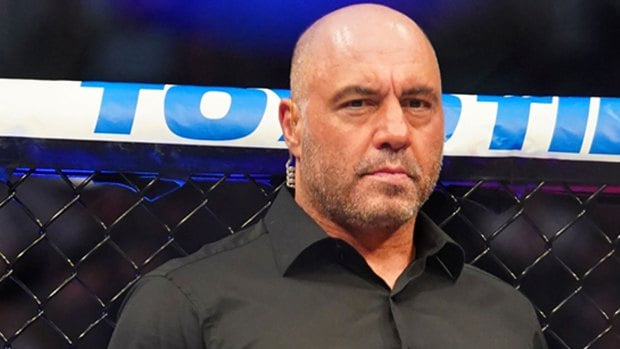 Joe Rogan has offered an explanation for why Prince Harry is not part of Meghan Markle’s “Archetypes” Spotify podcast, after it was long expected that the Duke and Duchess of Sussex would produce shows for the platform together.

According to a report from Newsweek, Rogan, the top-rated podcaster on the Spotify platform, believes that Harry “bailed” on Spotify, perhaps realizing that working in an audible medium is “hard.” He’s left it to Meghan to launch a podcast on her own in August.

In a conversation with comedian Neal Brennan for his “The Joe Rogan Experience,” the UFC commentator railed against the trend of celebrity podcasts that are started with much fanfare and lucrative signing deals but that don’t last, Newsweek reported. Stars like Harry and Meghan or former President Barack Obama, “can’t keep up, they bail, you know like Meghan Markle’s … ” Rogan began.

“I guess she’s doing it now,” Rogan said, apparently referring to Meghan’s “Archetypes” podcast. “But Prince Harry was doing one for a while,” Rogan continued, apparently suggesting that Harry isn’t doing podcasts anymore.

Rogan’s opinion about celebrity podcasts is shared by fans of the medium. Critics have said that many celebrity podcasts are overproduced for a medium that relies on a sense of immediacy. These celebrity shows also involve stars who are reluctant to let their real personalities come out and who regard podcasts as a side gig while they focus on other projects.

A certain genre of successful podcasts, like Rogan’s or Marc Maron’s “WTF,” are said to exude a sense of authenticity because they involve free-wheeling conversations, usually between two well-known people, who are willing to let their down their guard and share unfiltered opinions and stories about personal or professional challenges.

Rogan definitely believes in the benefits of being unfiltered, which has put him at odds with Harry and Meghan before, as Newsweek reported. The Sussexes and other stars, including musicians whose songs are streamed on Spotify, accused Rogan in January 2022 of spreading COVID-19 misinformation. Through their Archewell Foundation, Harry and Meghan issued a statement saying they had expressed their concerns to “our partners at Spotify” about coronavirus misinformation on their platform

At that point, the Sussexes had only produced one half-hour podcast episode after signing a reported $30 million deal with Spotify. Reports began to emerge that Spotify hired producers to help the couple finally produce content, with news breaking in the spring that a podcast was finally coming but that it would only involve Meghan.

Meghan’s slickly produced “Archetypes,” which promises to “dissect, explore, and subvert the labels that try to hold women back,” debuted in August, featuring a buzzy interview with tennis star Serena Williams. Meghan and Williams talked about Williams’ recent decision to retire from tennis, and Meghan made headlines by revealing an incident during a royal tour during which her baby son Archie’s safety was threatened.

With this first episode, Archetypes shot to No. 1 on Spotify’s top podcasts chart, unseating “The Joe Rogan Experience” — a feat that could have unsettled Rogan. “Archetypes” also has been nominated for a People’s Choice Award in the category Pop Podcast of 2022.

But in subsequent weeks, Meghan’s podcast has dropped to 29th place — a still pretty respectable position — while Rogan’s has returned to no. 1.

While “Archetypes” has featured Meghan engaging in thoughtful conversations with female celebrity friends about women’s role in society, it won’t be able to offer the same consistency as Rogan’s. He releases episodes of “The Joe Rogan Experience” several times a week, and has produced close to 2,000 episodes since 2009.