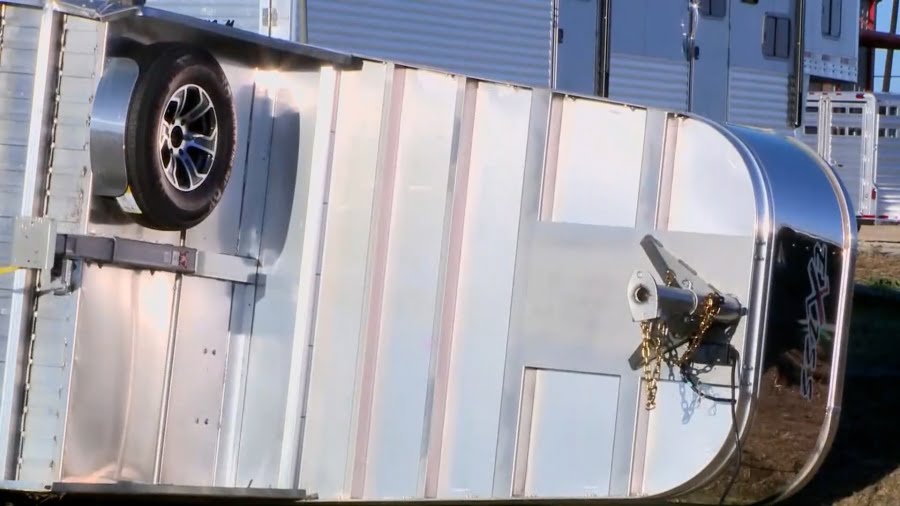 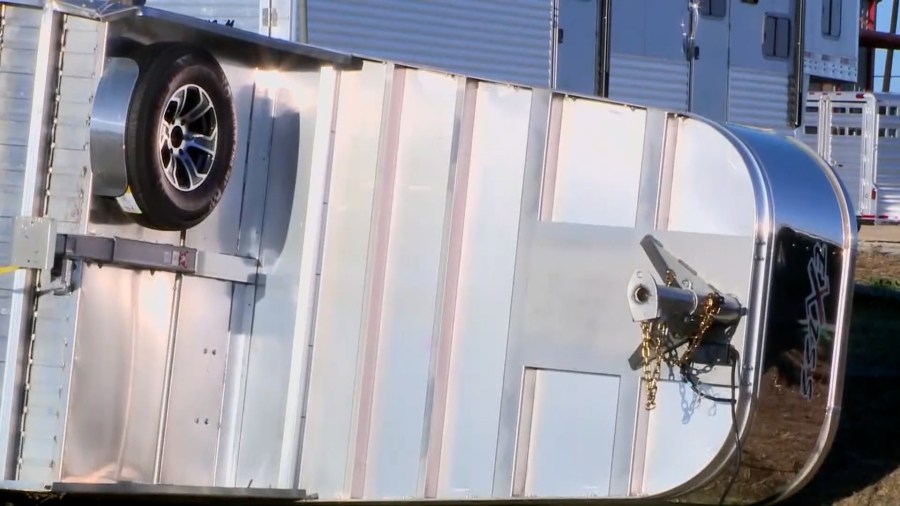 JARRELL, Texas (KXAN) — After Monday night’s EF-1 tornado in the Jarrell area, the owner of Rolling M Trailers said he had to use heavy machinery to remove a gooseneck trailer the storm’s strong winds tossed into the road.

“The sign was crushed down. It was a mess. One was rolled over. The others were turned on their sides,” said Douglas Meadows, owner of Rolling M Trailers.


Report: Jarrell tornado on the ground for 4 miles in Williamson County

He said about eight of his trailers were damaged in the storm and estimates insurance will likely total out the damage on most.

He said in his 22 years of operating in Jarrell, this is the first time his business was hit by a tornado.

“Hopefully it will be the last time,” said Meadows.

That night, Meadows said a local game warden called to tell him the twister had carried some of his trailers off his property and onto the access road of Interstate 35.

The trailers, now upright and lined out front of the business, sustained damage like dented tire wells and shattered windows.

The front gate along the access road is still crushed. Meadows said it will be a few weeks until smaller repairs like the gate are fixed.