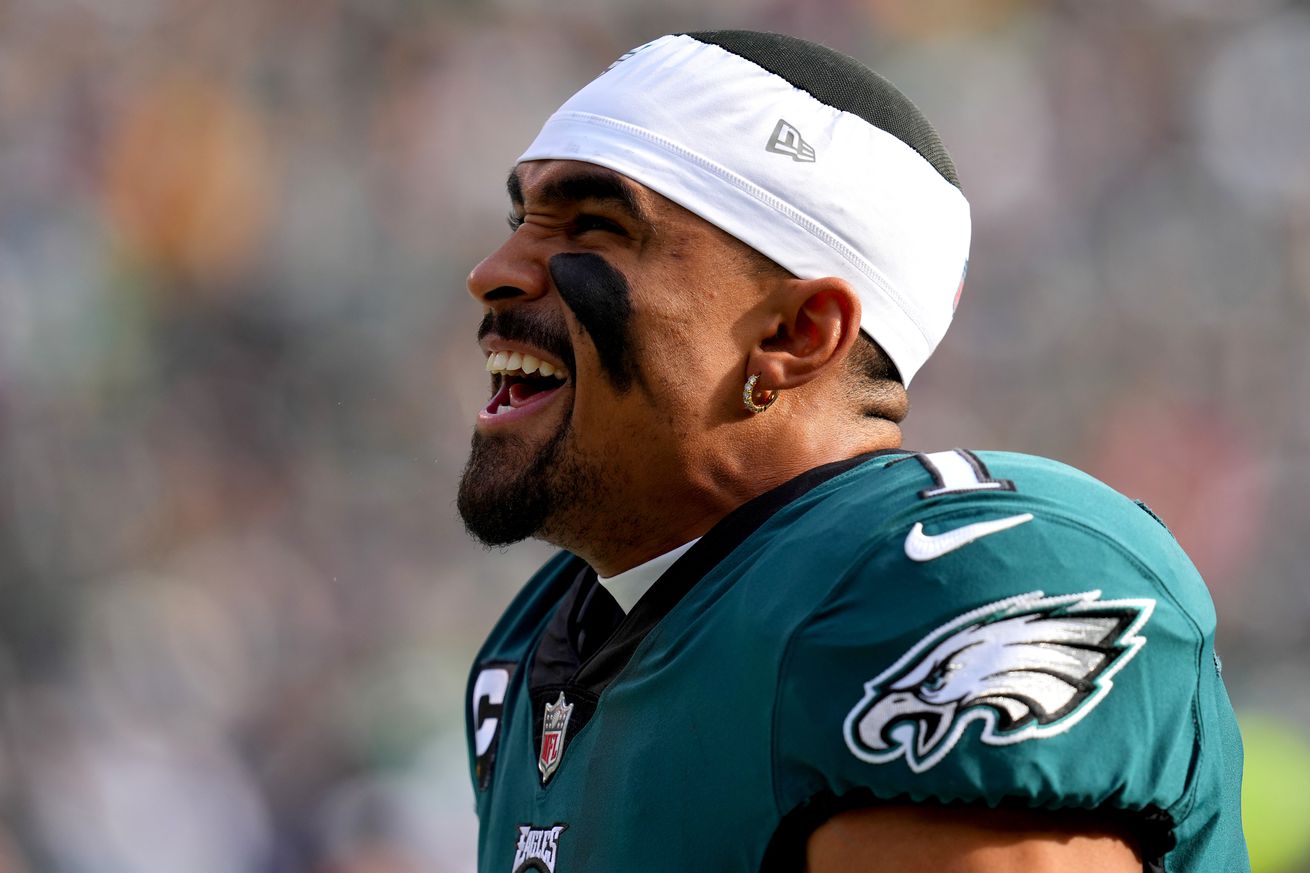 The Eagles’ quarterback is making history.

Jalen Hurts is the NFC Offensive Player of the Week for Week 14.

The Philadelphia Eagles quarterback arguably played the best game of his career in a win over the Tennessee Titans.

From the NFL’s official press release (bold emphasis mine):

Hurts passed for a season-high 380 yards and totaled four touchdowns (three passing, one rushing) with no interceptions for a 130.3 rating in Philadelphia’s 35-10 win over Tennessee. It marked the most passing yards and highest passer rating of any quarterback in Week 13.

Entering the 2022 season, the biggest question was if Hurts could make the leap. He’s been even better than most would’ve reasonably imagined.