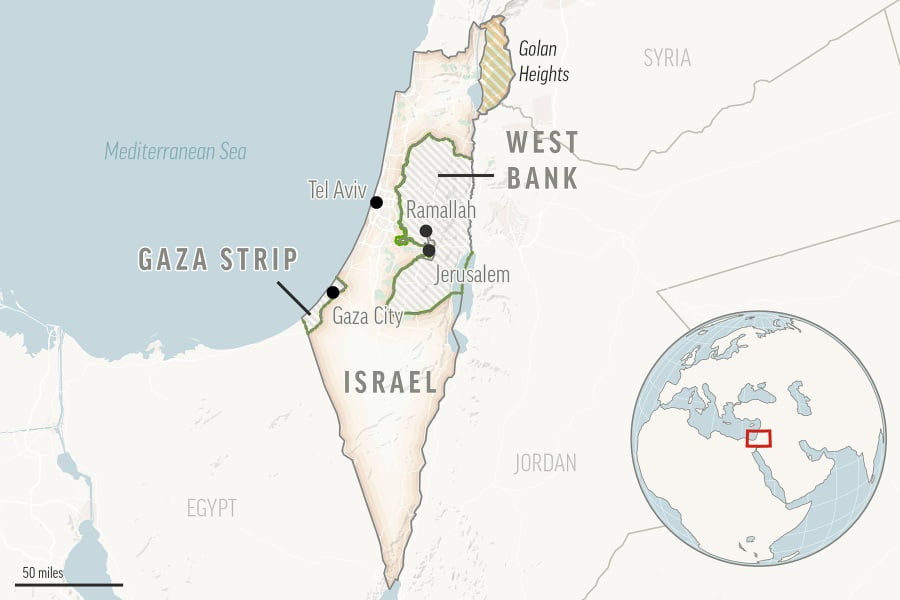 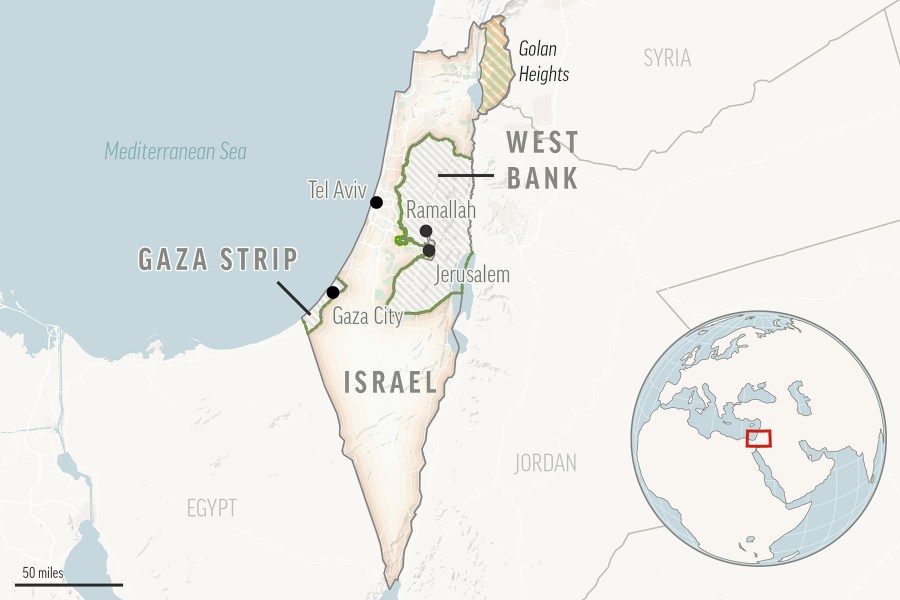 JERUSALEM (AP) — The Israeli military Sunday prepped the family home of a Palestinian gunman for demolition, a day after he killed an Israeli man near an Israeli settlement in the occupied West Bank,

Several people were also wounded in the shooting late Saturday.

Dramatic security camera video showed the assailant firing his assault rifle outside a grocery before a security guard rammed him with his truck and pinned him to the ground. An off-duty military officer then opened fire and killed the assailant, later identified as Mohammed Jaaberi, 35.

The attack took place between Hebron, the largest Palestinian city in the West Bank, and Kiryat Arba, a nearby Israeli settlement. Jaaberi was from Hebron.

The military said Sunday it arrested one of Jaaberi’s brothers and mapped out the family home in a first step toward eventual demolition.

Israel routinely demolishes the homes of Palestinian assailants, arguing that it serves as a deterrent — even though the military had halted the practice for years after concluding it was counter-productive. Human rights groups have denounced punitive demolitions as collective punishment.

Saturday’s attack was part of an ongoing escalation, with 2022 on course to be the deadliest year in the West Bank since the United Nations started monitoring fatalities in 2005. It came just three days before Israel holds its fifth election in under four years.

While the Israeli-Palestinian conflict is not the central issue of the campaign, a rise in Palestinian attacks tends to help right-wing parties that advocate harsh measures against Palestinians.

No Palestinian militant group has claimed Jaabari as one of its members, though celebrations erupted in Hebron after news of the attack spread.

More than 130 Palestinians have been killed in Israeli-Palestinian fighting in the West Bank and east Jerusalem this year. The fighting has surged since a series of Palestinian attacks killed 19 people in Israel in the spring. The Israeli army says most of the Palestinians killed have been militants. But stone-throwing youths protesting the incursions and others not involved in confrontations have also been killed.

Israel captured the West Bank in the 1967 Mideast war and in the decades since has built dozens of settlements, now home to nearly 500,000 Israelis living alongside around 2.5 million Palestinians. The Palestinians seek the territory, along with east Jerusalem and the Gaza Strip, as a future independent state. There have been no substantive peace talks between Israel and the Palestinians in over a decade.