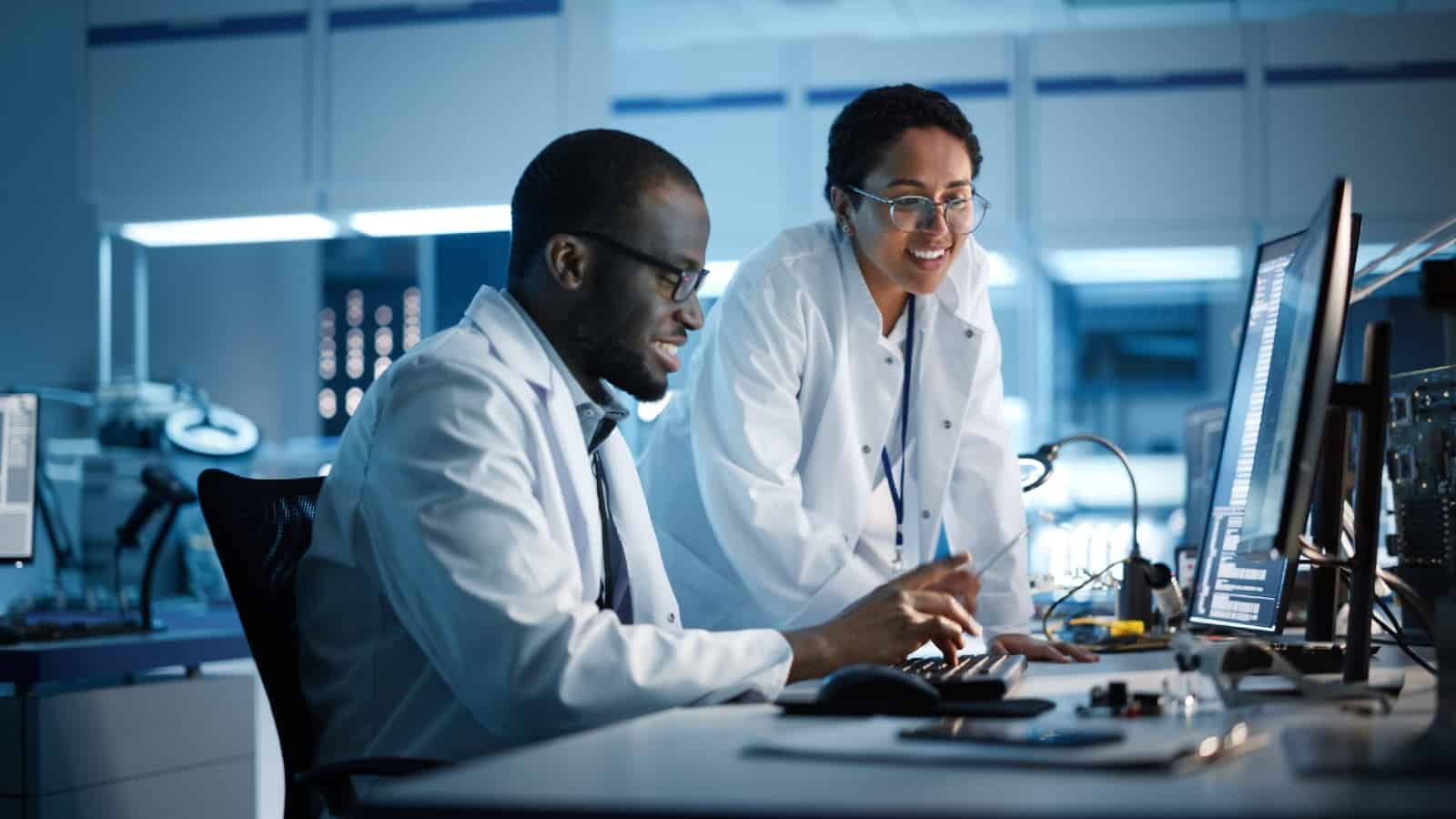 So far, 2022 has been a rewarding year for shareholders in Scancell (LSE: SCLP). The Scancell share price has increased by 34%.

But interestingly, that has been driven by the shares more than doubling since around the middle of October. Until that point, the shares had been around 37% down on the year.

Looking at that chart, clearly the shares have been on a tear lately. Could that very strong positive momentum continue in 2023 – and should I load up now in anticipation?

There are several reasons for the recent surge in the Scancell share price.

In October, the company announced that it had licensed its technology to US biotech company Genmab, which specialises in cancer antibody therapies. It also announced its annual results, with losses falling from £15.4m the prior year to £2.1m last year.

The deal with Genmab could help to validate Scancell’s technology. That could be good for the Scancell share price in the long term.

I also think a much smaller loss is good news. Having said that, the fall was driven by financing-related costs. An operating loss of £8.8m the prior year actually rose to £13.3m last year, driven by higher expenditures on both development and administration.

This is also a good example of why as an investor one needs to look at cash flows, not only earnings. While the loss was £2.1m, the company ended its financial year with £12.4m less in cash than it started with.

Scancell has a market capitalisation of over £200m. What is it worth?

One thing missing from last year’s results was revenue. Scancell does not generate meaningful revenue at the moment, while its drugs are in a development phase. It has also been heavily loss-making for many years in a row.

So, clearly, investors are not valuing this growth company based on its current business performance. Instead, they are trying to estimate the potential value of the company’s drug portfolio if Scancell is able to bring them to market successfully, either on its own or by licensing them out.

How can we know whether a company’s vaccines or antibodies are effective? The ultimate answer lies in looking at the results of clinical trials. But Scancell is still at this trial stage. I therefore think it is unclear whether its products will end up having a viable commercial market of any scale. Meanwhile, research and development costs will continue to mount up.

So putting money into Scancell shares right now is investing in the hope of clinical trial success and commercialisation. In reality I do not think investors are able to tell the likelihood of such success until trial results are published.

If good news comes through, in the form of successful trial results, more licensing deals or a takeover bid by a bigger pharma rival, I think Scancell shares could rocket in 2023. But equally, if there is disappointing news from a trial, the Scancell share price could crash.

This strikes me more as speculation than investment. I have no way to know how efficacious Scancell’s products will turn out to be. So I have no basis on which to assess the company’s prospects. I am therefore not investing in it.

The post Is the Scancell share price set to rocket in 2023? appeared first on The Motley Fool UK.