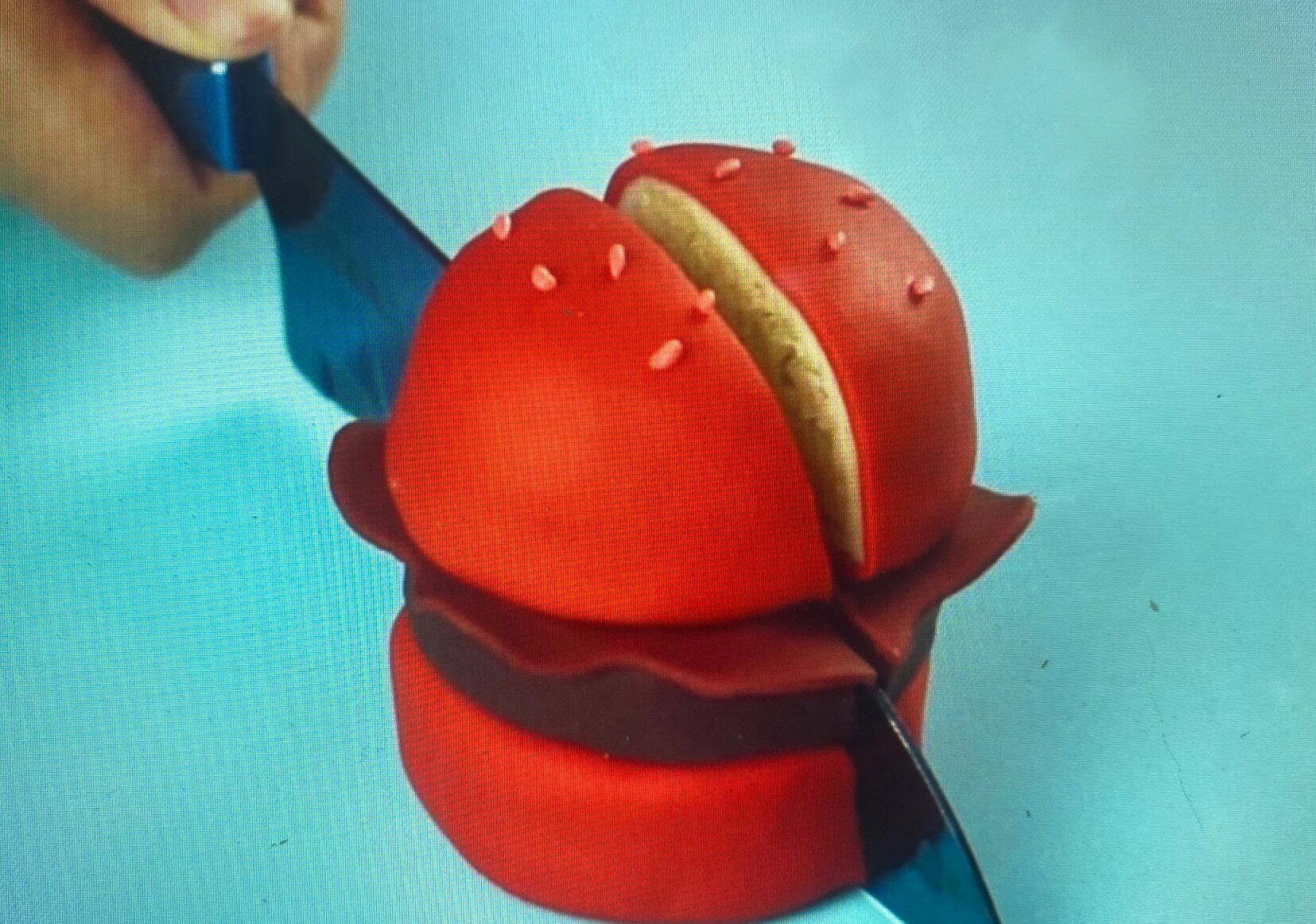 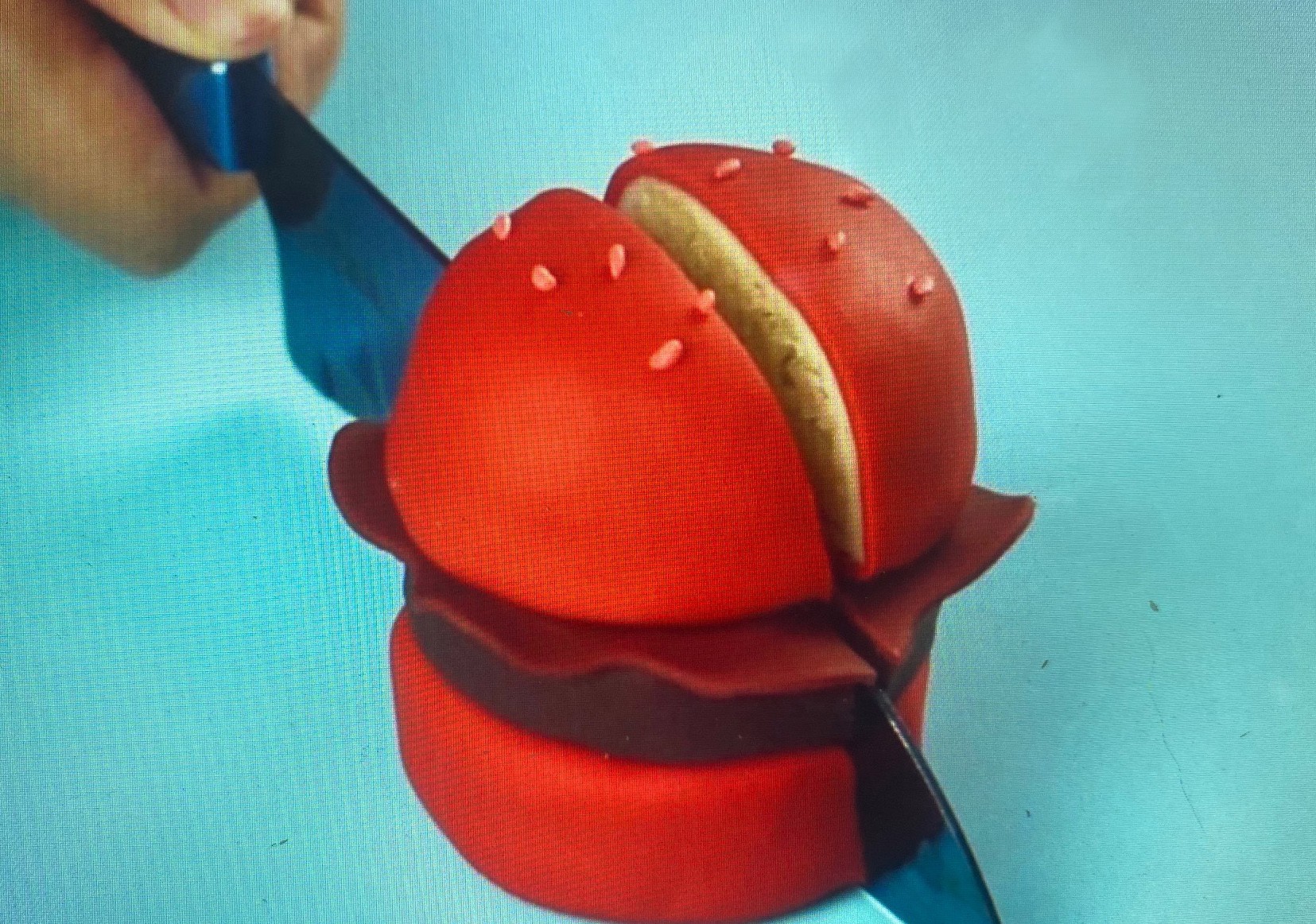 When Danya Smith began her undergraduate degree in sculpture at Virginia Commonwealth University, she imagined her medium to be marble, clay, or another kind of stone. Not cake.

Today, the Richmond native makes a living crafting cakes so realistic it’s often nigh impossible to tell that her works of art made at Layers Cake Studio are edible.

Long a painter, Smith imagined a career as an artist or a teacher pushing the limits as a professional sculptor. When her grandfather passed away in 2017 and her grandmother moved in with the family from India, Smith quickly deferred those dreams to become a daytime caregiver.

“I found myself at home every day and in need of a way to make money,” explains Smith. “I never thought cakes would be that thing, but I started baking elaborate cakes for my grandmother’s birthday. I did extensive research, got obsessed with the chemistry of baking, and it all just snowballed from there.”

The following year, Smith began taking custom orders and churning our delectable desserts. But what her customers asked for wasn’t what she wanted to create. “My interest was in hyper-realistic cakes because I had been seeing them on social media and TV,” she says. “As soon as I felt like I could make realistic cakes, I stopped taking orders and shifted to making content for social media.”

For her degree Smith had dabbled in video production and content creation, but she never expected popular pages to approach her for partnerships. With the shift away from operating an actual bakery, Smith had to change the name of her business to reflect her new focus as a viral content creator. “I like to tell people I am a content creator who bakes, or that I’m a cake artist so people can detach it from the typical narrative of a baker making a cake for someone to eat for their birthday,” she adds.

Sometimes Smith will get a commission from a big company like Nickelodeon, but most of the time she just creates whatever she wants. When she’s done baking and sculpting, that’s when the filming and editing begin.

“What surprises people the most is that the cakes I make are really small,” Smith explains. “They are almost never bigger than my hand since I’m the only one eating them and they’re really just for video.”

Although Layers Cake Studio may focus on stunning visuals, that doesn’t mean that Smith only cares about the aesthetics. With a better website in the works, she is hoping to start taking orders again next year and begin baking bigger custom cakes for special events.

Those who can’t wait to try Smith’s elaborate works of art may be able to snag something she has made thanks to Richmond Bakers Against Racism. Whether it’s cupcakes, cookies, or a whole cake, Layers Cake Studio always contributes at least one item to their sporadic bake sale fundraisers.

Whether using modeling chocolate, wafer paper, or gelatin plastic, Smith is always laser-focused on creating the most lifelike cakes she can. Although many cake artists eschew settling into one specific style in order to appeal to the broadest audience possible, Smith has doubled down on her niche: nostalgic cakes for millennials and Generation Z.

Characters from “SpongeBob SquarePants,” “Hey Arthur,” and “Shrek” are all equally likely to appear in a Layers Cake Studio post. Also DVD cases, early model Game Boys, and VHS tapes prove popular. Smith’s aim is to offer her over 16,000 Instagram fans and 42,000 TikTok followers a literal slice of something they loved in their childhood.

“Those of us in our late 20s and early 30s are one of the last generations before technology and the internet exploded, so it’s nice to think of the more primitive toys and things we had in a simpler time,” Smith explains. “I like when my cakes remind me of the playful things about being a kid. I want to bridge the gap between people who are interested in pop culture and people who like cake art and decorating.”

Baking a Bratz doll may have been one of her most exhausting undertakings yet, but the popularity of the post made it all worth it — even the less than complimentary comments.

“It’s not great to hear bad things about something you spent so much time and work on,” Smith admits. “When someone leaves an exceptionally mean comment, I just reply with a frowny face emoji. Most of the time people then apologize. They often don’t think the creators see these comments. It makes people think twice about being so mean for no reason.”