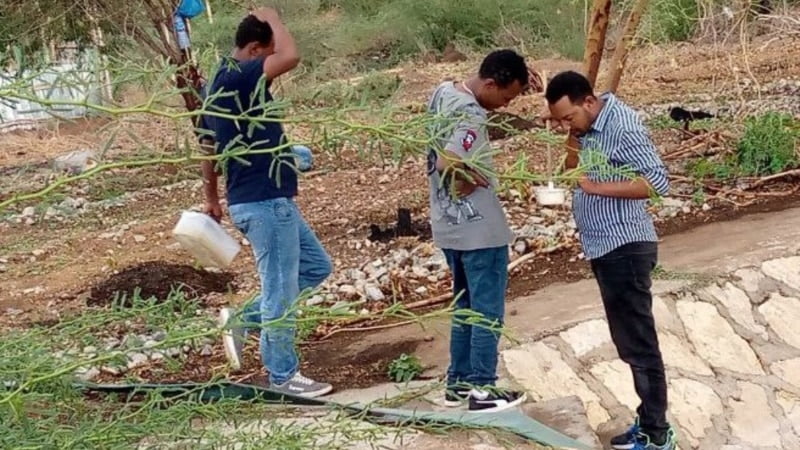 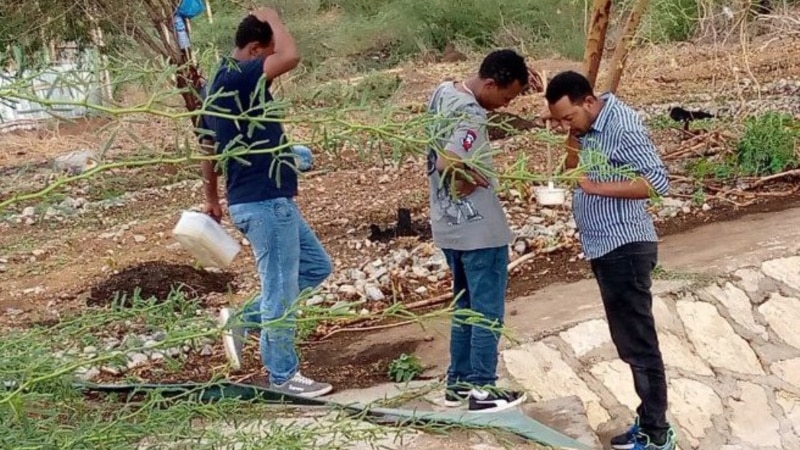 Malaria exploded this year in the Ethiopian city of Dire Dawa, which saw more than 10 times as many cases between January and May as it did in all of 2019.

What made this spike in cases unusual is that it happened outside the rainy season, when malaria typically surges across Africa, and in an urban area — malaria is more of a rural problem on the continent. Cities are not immune, but they typically don’t see these kinds of outbreaks.

Something new and insidious has arrived in the Horn of Africa. An invasive species of mosquito called Anopheles stephensi threatens to unravel two decades of gains in malaria control. And it may bring the deadly disease to more of the continent’s rapidly growing cities.

“There is real fear that it could start more transmission in these areas that traditionally don’t have as much malaria,” said Arran Hamlet, a disease modeling expert with the U.S. Centers for Disease Control and Prevention. “And they don’t have infection control strategies implemented to the same levels.”

The new mosquito arrives at a bad time in the fight against malaria.

Africa’s native mosquitoes have become increasingly resistant to insecticides. (Anopheles stephensi is already resistant.) In addition, the malaria parasite is getting not only tougher to kill, but tougher to spot. Malaria strains that don’t show up on rapid diagnostic tests are becoming more common.

“What happens if they coexist? We don’t know,” he said. “It’s really dangerous. You can’t detect the parasite. You can’t kill it with a drug. And the mosquito is wise enough to evade your [control] mechanisms.”

Fitsum and his colleagues linked Anopheles stephensi to the Dire Dawa outbreak in a study presented at the American Society of Tropical Medicine and Hygiene in Seattle this month. It is the strongest evidence yet that the mosquito is increasing malaria rates in Ethiopia.

With insecticide-treated bed nets, indoor insecticide spraying campaigns and new artemisinin-based drugs, deaths from malaria plunged from nearly 900,000 in 2000 to around 560,000 in 2015. But since then, progress has stalled.

And the tools that have worked up until recently won’t help much against Anopheles stephensi.

“This [mosquito] is different and more insidious than some of the other mosquitoes that transmit malaria that we’re used to seeing in sub-Saharan Africa,” said Johns Hopkins Center for Communication Programs epidemiologist April Monroe.

Africa’s native malaria mosquitoes prefer to bite people inside their homes late at night. That’s why bed nets and indoor spraying have been so effective.

But Anopheles stephensi bites earlier in the evening. When it goes searching for a meal, “people aren’t actually in bed yet, and so they don’t get the same protection” from bed nets, Hamlet said.

It also prefers to take its blood meal outdoors. Or if it does bite indoors, it doesn’t rest there, thereby avoiding indoor insecticides.

The new mosquito’s habitat is different, too. Most malaria mosquitoes live in rural Africa. But Anopheles stephensi is “really highly adapted to urban areas, which isn’t what we typically see,” Monroe said.

It likes to lay its eggs in water storage containers, which are especially common in Africa’s fast-growing unplanned urban areas that lack piped water, Fitsum noted.

Originally from South Asia, Anopheles stephensi was first spotted on the African continent in Djibouti in 2012.

The small nation was on the verge of eliminating malaria at the time. It recorded just 27 cases that year. In 2020, there were more than 73,000.

Besides Djibouti and Ethiopia, the mosquito has turned up in Sudan, Somalia and Nigeria.

One study estimates the mosquito may put an additional 126 million people at risk of malaria in cities across Africa.

In Ethiopia alone, Hamlet and colleagues estimate that Anopheles stephensi could increase malaria cases by 50% and cost hundreds of millions of dollars to control.

“This is very much possibly a cheap option compared to letting Anopheles stephensi spread around the country,” Hamlet said. “There is a lot of economic burden on both individuals and the wider economy in this level of malaria increase.”

The last thing African countries need, however, is new disease vector that is expensive to control.

“Most of the countries affected by malaria have limited resources to deal with already existing prevalent diseases,” Fitsum said.

One bit of relatively good news is that since Anopheles stephensi breeds in the same places as the mosquitoes that carry yellow fever, chikungunya and dengue, efforts that target one would also control the others.

Fitsum says covering water containers with polystyrene beads can help prevent the mosquitoes from laying eggs. He advises people to cover water containers tightly and get rid of any they don’t need.

And keep using bed nets and indoor sprays, he added. Native mosquitoes are still out there.