As the world prepares for the funeral of Queen Elizabeth II later this week, the “biggest royal wedding of the year” has taken place in Brussels.

Princess Maria Laura of Belgium wed her fiancé William Isvy last Saturday, with the newlyweds reportedly taking the time to pay tribute to the late Queen, including a moment for prayer and reflection in their religious ceremony.

Princess Maria Laura is ninth in line for the Belgian throne, and is the daughter of Princess Astrid, who is the sister of the reigning King Phillipe, whom she had to seek permission from to marry her fiancé. 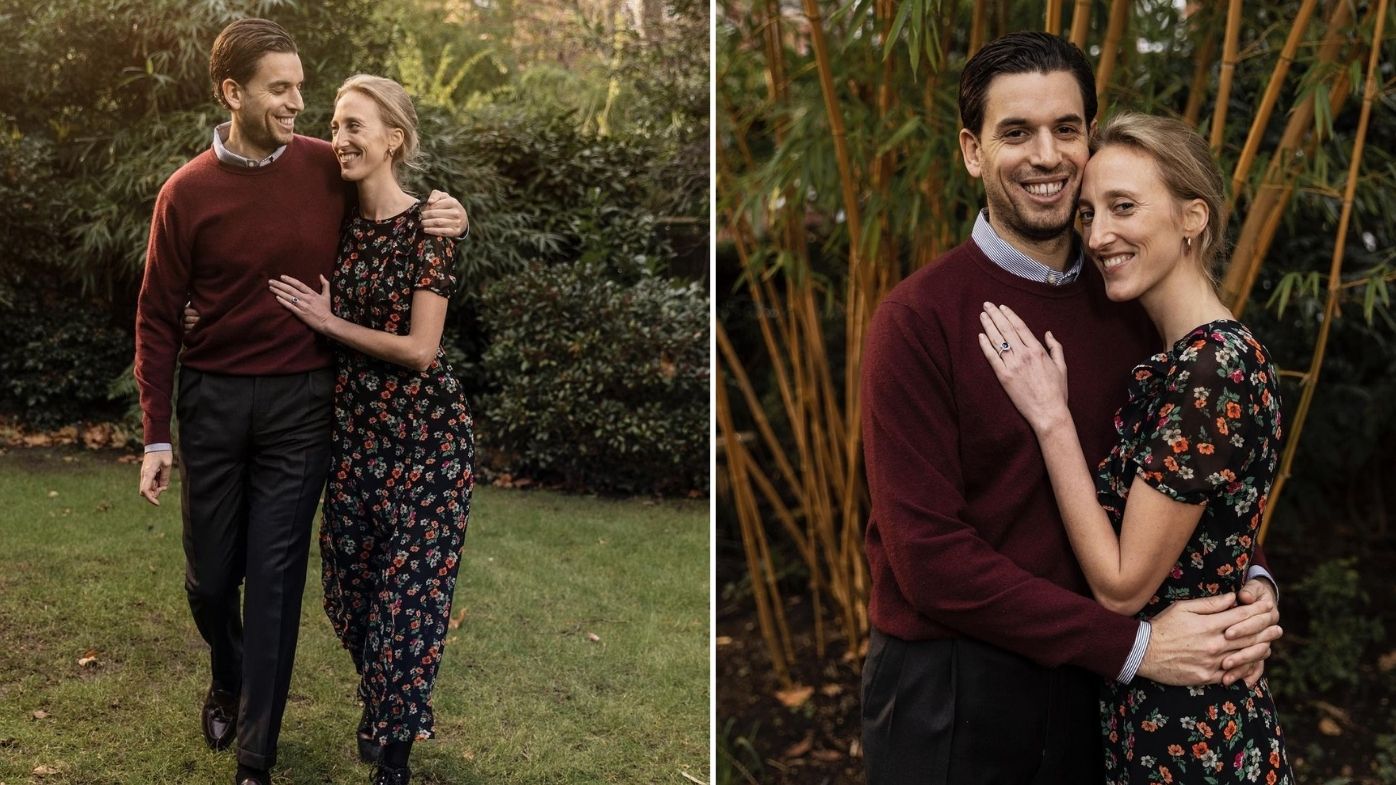 Isvy is a British investment banker who grew up in London, where the couple met in 2015 and where they both currently reside.

Isvy proposed in December of 2021 with a stunning ﻿diamond and sapphire engagement ring, with the couple telling Dutch newspaper Nieuwsbl“we are really delighted and eager to begin this new chapter in our life together.”

Here’s a look inside the lavish affair:

The festivities began with a civil ceremony, with the royal keeping it classic with a pleated Gucci mini dress and white pumps. Her hair was in a high up-do, showing off her diamond drop earrings, and she carried a small bouquet of white flowers. 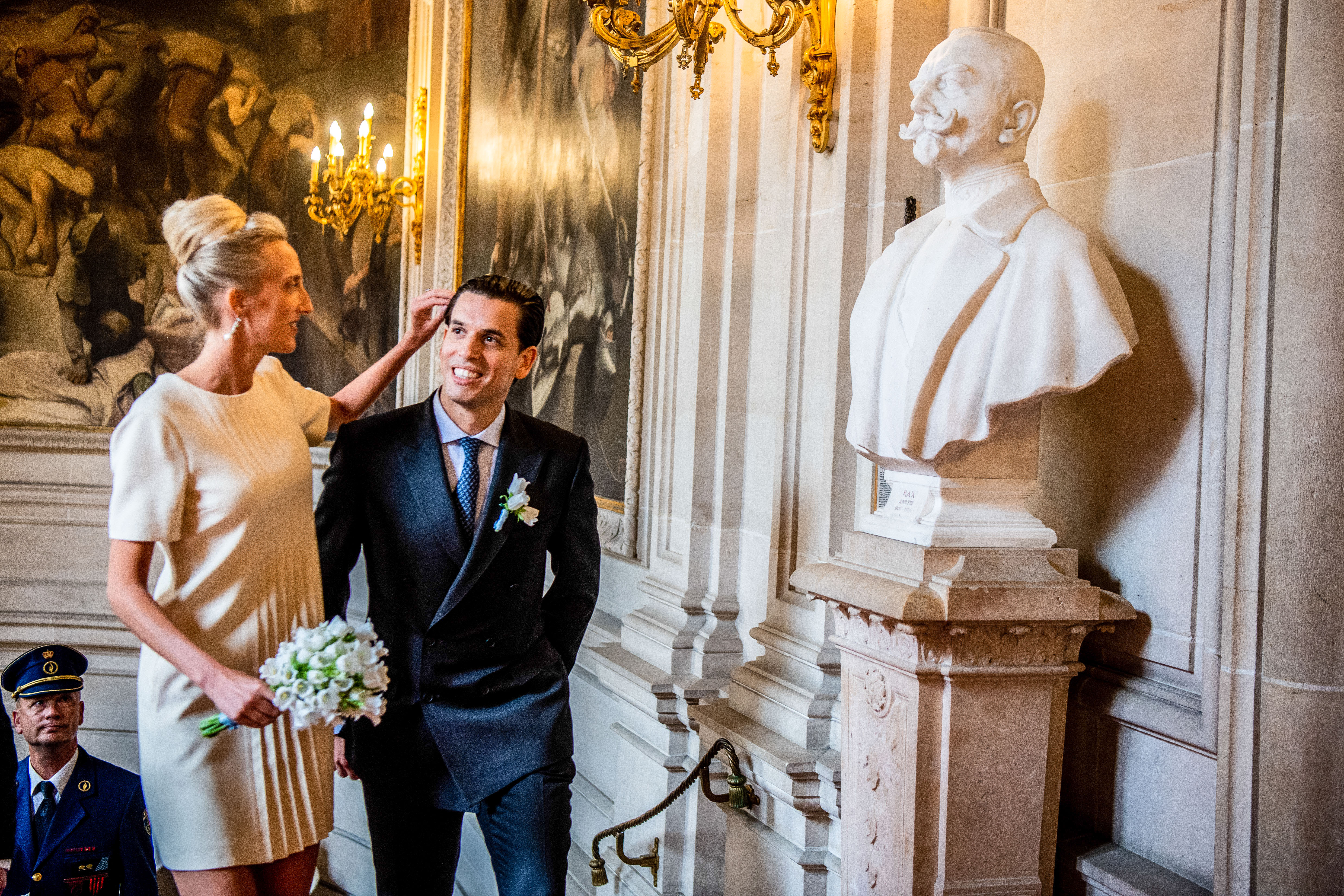 Her groom wore a ﻿grey double-breasted suit with a blue checkered tie and a white boutonniere to match his bride’s look.

Belgian royals – including, Princess Elisabeth, Princess Delphine , and Queen Mathilde, who is set to attend Queen Elizabeth II’s funeral later this week- then gathered for the religious ceremony in the Cathedral of St. Michael and St. Gudula in Brussels.

For the ceremony, the 34-year-old bride wore a Vivienne Westwood custom designed gown which – according to Herve Verhoosel, the couple’s spokesperson – was created with “great historical influence.” “The corset and neckline are inspired by fashionable women of the 18th century and the fabric that drapes over the shoulders, drapes and falls from the hip is reminiscent of ancient Greek statues,” Verhoosel told Dutch media.

The dress featured a four-metre-long train, “especially created for Maria Laura, to create the drama and presence needed for the cathedral.” The train was handled by Princess Marie-Astrid, her cousin Princess Olympia Napoleon, her sister-in-law Princess Elisabetta and her sister Princess Luisa. 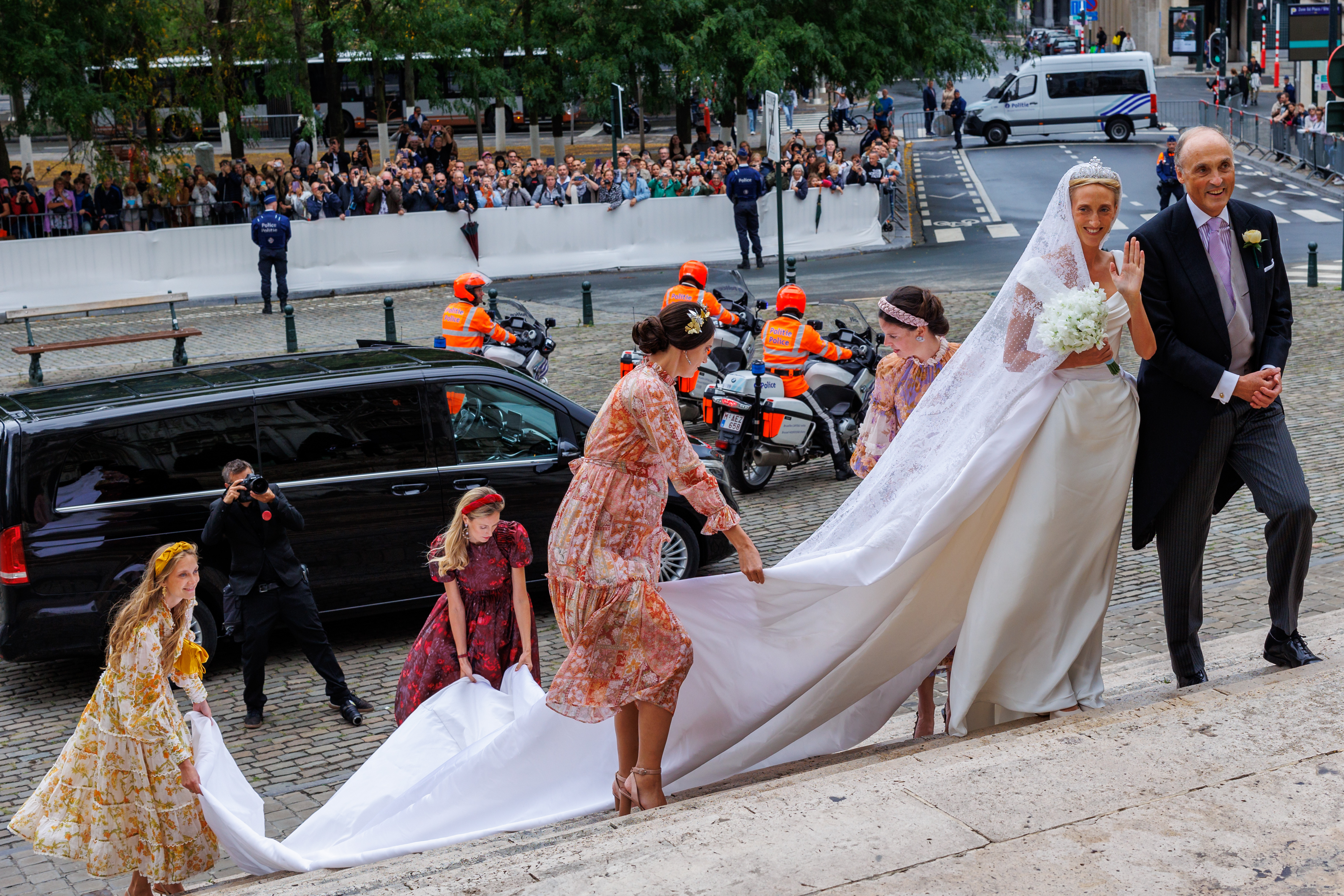 The bride topped the look off with the Savoy-Aosta Diamond Tiara upon her head, perfectly complimenting her regal look.