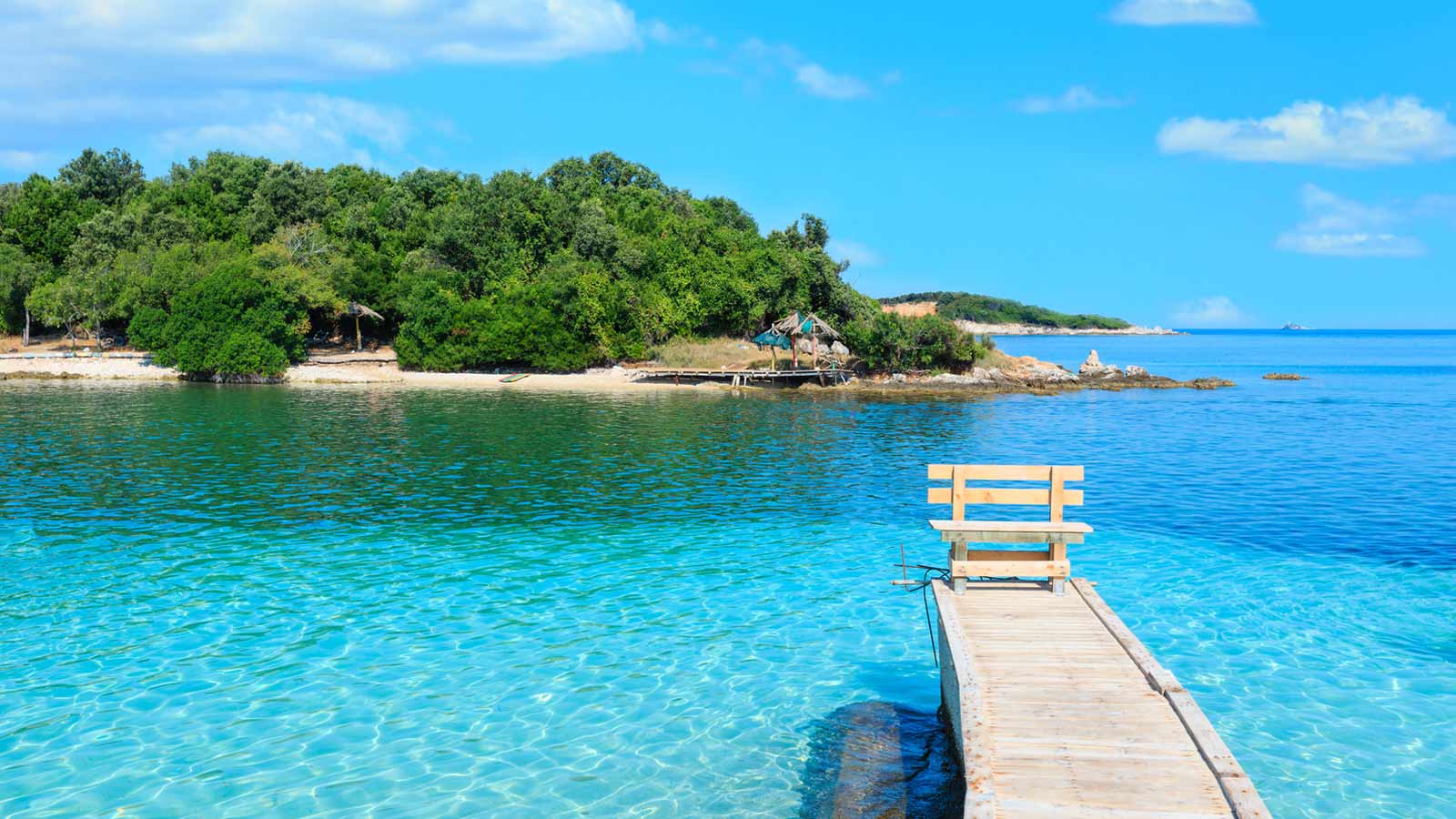 Albania is quickly becoming one of the hottest spots in Europe, and not just because of global warming. Its bounty of beaches, incredible Mediterranean scenery, delectable food, and friendly citizens have put it at the top of many people’s bucket lists, with the destination becoming seen as a cheap alternative to Greece, Italy or Croatia.

You’ve heard about the French Riviera, but what about the Albanian one? Albania’s secluded beaches and beautiful waters are now being opened up more and more to the eyes of the world. This process is no longer so much being instigated by The Lonely Planet and co. but now more so is being done by (or on the platforms of) tech juggernauts like Meta and TikTok.

Case in point: the following video by farecompare.com, which was posted recently posted to Facebook. The video showed off the “abundance of beautiful beaches, incredible scenery, delicious food, and more than hospitable locals” which, according to farecompare.com, means The Albanian Riviera “should be at the top of your must-see travel list!!”

Can they put their money where their mouth is though? How do Albania’s secluded beaches stack up next to Croatia Sail? Take a look at the following video and decide for yourself.

WATCH: Is Albania The New Croatia!??

In response to the video, one Facebook commenter said it had opened their eyes to a whole new side of the world. They wrote: “Crazy how there’s [sic] so many beautiful places in the world, and thanks to social media we get to see these places exist and plan to visit some time.”

“Growing up without social medias, the way schools here in the USA painted other countries is that they were not good places to visit and basically every where was a third world country except here.”

“Where is this beautiful place,” another social media user said. “I would love to go there!”

Another tried their hand at explaining the locations seen in the video, writing: “The first beach is in Ksamil town. Then the other beaches look like from everywhere in the Albanian Ionian Coast. One of them could be in Porto Palermo. The Blue Eye spring is located in Saranda, Albania.”

The same social media user added: “The beach views from those restaurants are very common in the south, but Lekuresi Castle in Saranda is a great spot for amazing views. The pebbled town is in Berat. The small church surrounded by mountains is in the North of Albania (likely Theth or Valbona).”

Others pined the departure of summer (“summer

miss you already. 8 months to have you back”) and others pointed out the fact that it was the “same sea as Croatia, Italy and Greece.” Yet others tagged their friends and suggested a trip (“pack your bags girl, we’re going to Albania!”).

Whether or not The Albania Riviera ever will ever replace The French Riviera or a sailing experience in Croatia remains to be seen. What’s not up for debate is that its beaches look beautiful. So who knows: maybe it’s worth adding to your list.