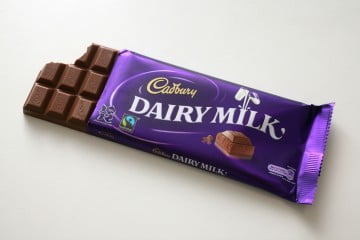 A GLAMOROUS mum has sourced an entire designer wardrobe by shopping in charity shops and is urging fashion lovers to do the same.

Ann Khoshaba wears the likes of Prada, Hermes, Chanel and Gucci and has spent £15,000 on high end labels from second hand stores in the last ten years.

The savvy shopper knows how to spot a bargain[/caption]

She has a wardrobe many would envy but insists she hasn’t bought any full price designer clothes for at least the last decade.

And if she’d bought it all new, her wardrobe would be worth 20 times what it is now.

Canny Ann spends anything from £20 to £200 for a second-hand designer piece and always gets her money’s worth by wearing the clothes for years.

She doesn’t want people to hide away while sifting through the rails in charity shops as she believes sustainable shopping is something to be proud of.

This winter, the thrifty fashionista will be sporting a Prada coat that she only paid £150 for.

She also has a Vivienne Westwood scarf and bags by Gucci, Miu Miu and Chanel.

Room in a room

Ann, 55, said: “Some charity shops I walk into and think, ‘Is this a charity shop or a boutique?’

“Some are amazing and all the items they have are in mint condition.

“I do find the gems.

“I get a thrill when I walk into charity shops – I get a buzz that I don’t get when I’m going into a boutique or normal shop.

“It’s all about sustainable fashion for me.”

Fashionable Ann – whose habit has saved her thousands – initially started going to charity shops ten years ago to source vinyl for her cafe in Chiswick, west London.

Her view on fashion changed when she bought a pair of mint-condition Chanel heels in a charity shop a decade ago.

She fell in love with the shoes and decided to keep her eye out for more designer pieces.

Now, Ann spends much of her spare time trawling for bargains.

Her entire wardrobe is thrifted designer pieces that she has kept for years because they never lose their quality.

Her main tip for others wanting to do the same is perseverance – designer gems are in charity shops all over the UK.

Ann found a barely-worn pair of Christian Louboutins in their original box during a holiday to the Cotswolds this month – and paid just £25.

She is adamant that gems are everywhere if shoppers are determined enough to stick at it.

Among her bargains are an orange Valentino dress – which would have retailed for thousands – for £75, a Cartier desk clock worth over £3,000 for £100 and a brand new Hermes scarf in the original box for £20.

“There’s days when I go and I don’t find much.

After saving thousands on her designer wardrobe, Ann is championing second-hand stores and wants people to use them more.

The glamorous mum has started a Tik Tok account to show off her luxury finds and urge people to get down to their local charity shops.

Posting under the handle @ilovemylondon, her videos have raked in a whopping 2.4 million likes.

Waste charity Clothing Aid estimates 350,000 tonnes of clothes end up in UK landfill every year – which equals around around £140 million worth of used but still wearable clothes.

More than 30 per cent of Britain’s unwanted clothing currently goes to landfill.

The glam mum got her hands on Chanel pumps[/caption]