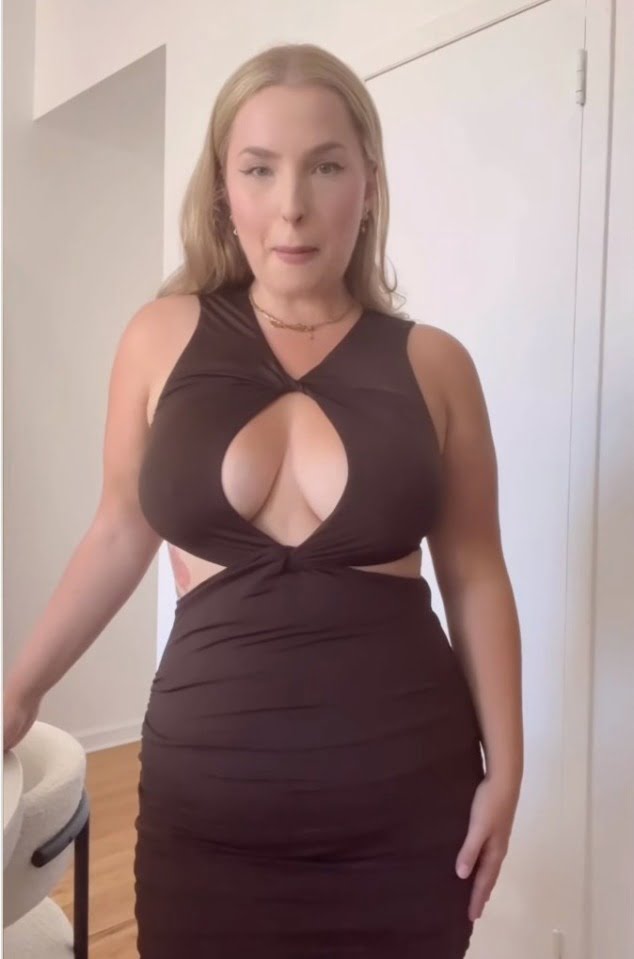 WHEN a highly anticipated new collection of clothes drops, it’s always the influencers who get their thoughts out first.

Such was the case with the new collaboration between Remi Bader and Revolve.

One of those influencers was Sarah Ring, a midsize fashion and lifestyle Instagram model who tried on her haul, which included two of the dresses in a new video.

Her video shows her trying on and reacting to both dresses, and has quickly become one of the most viewed videos on her page.

The first dress she tries on is the brown Hannah Maxi Dress, which is still listed on Revolve’s website for $135.

Her reaction to it is positive, to say the least.

“OK wowwww,” she gushes. “The face of disbelief that something could look this good.”

She furthers that sentiment in the caption, writing: “I legitimately was blown away by how my body looked in these pieces. I could not even with that brown dress!”

The second dress is another maxi dress, this time in green.

The color has since sold out on Revolve’s website, but it’s still available in red for $135.


I'm so pretty, women hate me… some don't understand how hard it is being me


I spelt my name wrong for years, I only realised when I saw my birth certificate

“The maxi moment is such a vibe,” she says. “Had me feeling some type of way.”

The video has amassed over 40k views since it was first posted earlier this month.

In that same span of time, it also received over 500 likes and 60 comments, many of which are overwhelmingly positive of Sarah’s looks.

“Could this be more perfect” commented one user.

“You’re so kind,” Sarah responded in a comment of her own.

Many commenters also took the opportunity to praise how the first black dress looks on Sarah.

“That first dress though,” wrote one.

“OMG that first dress on you,” wrote a second, while a third commented: “Ahh that brown dress was made for you.”