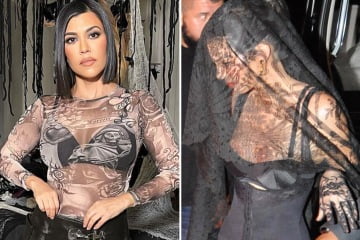 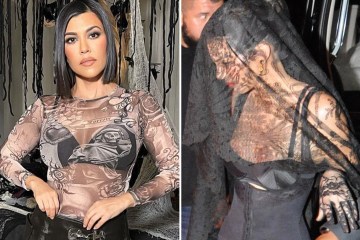 ONE Halloween fanatic was pleasantly surprised to unbox a Shein package that contained the perfect costume at a scary good price.

TikToker Bee decided to go as a pirate this Halloween and found that Shein served as a one-stop shop for a cheap but impressive costume.

The fashionista @br13klyn started out the video by showing off her new dress and making an eagle-eyed comparison.

“Is this not the perfect Princess Polly dupe, I swear?” Bee said, noting the similarities between the popular brand’s $68 dress and her Shein steal, which cost less than $20.

Bee snagged three corsets so that she could choose between them for her costume: a white, black, and brown one.

“If you need some pirate accessories, and you’re a size extra small or small – message me because I will give them to you,” she generously offered her followers.

“I basically have enough for two pirate costumes, so if you need one – tell me!”

Another discount shopper tried to go to Shein for her Halloween costume but ended up almost totally exposed.

To prepare for Halloween, TikToker Annaliese Wood ordered a two-piece cow costume from Shein for just $13.

When the bodysuit and headband arrived, she took to TikTok to show off her purchase – and she was clearly flummoxed.

“This cow costume, I literally don’t even know how this even passes as a costume,” she said, holding up the skimpy outfit. “Let’s attempt to style it.”

Wood was far more comfortable in her final iteration of the cow costume than what she’d received straight out of the package.

See the Kardashians show off their most scandalous Halloween styles

However, she still encouraged her followers to style the costume however they liked.

“If you want to wear this bodysuit the way it came, be my guest,” she said. “We do not judge here.”