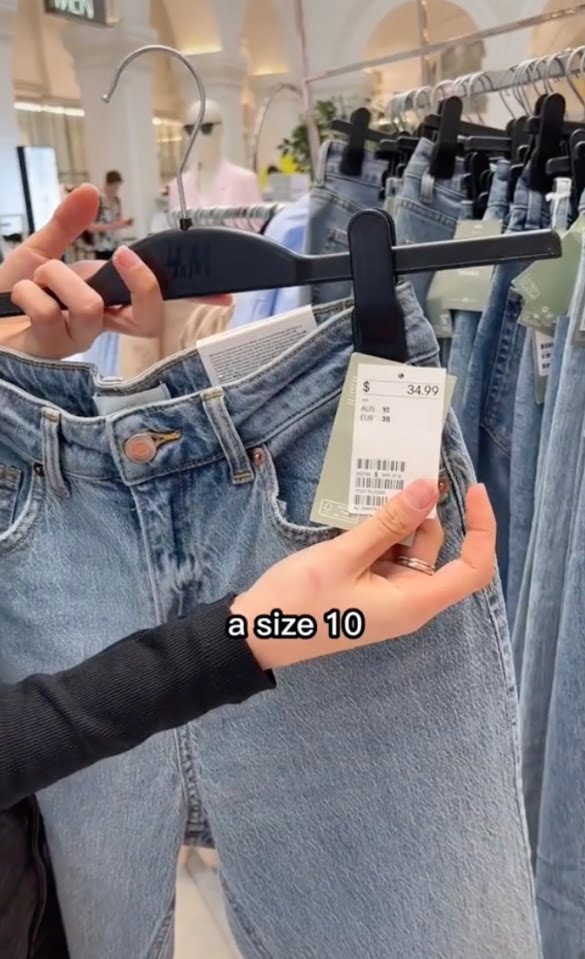 TWO women who wear different sizes have tried the same outfits from H&M – but one pair of jeans posed a problem.

Both women wore different sizes and were shocked about how the clothes fit their bodies.

But the size 18 jeans did not go past the woman’s leg in either the straight or curve ranges.

“I tried on a size 18 in both the straight size and the curve range, and I couldn’t get either of them up past my leg so that’s sizing for you,” the woman said.

The cream lounge pants had good reviews from both of them.

“I got these cream lounge pants on in XL. They’re really stretchy. The fabric is really lovely,” one woman said.

On the other hand, her friend wore a smaller size, but it was not what she anticipated.

“Too pajama-y,” her friend said.

Both women had completely different reactions to the same black dress they chose to try on.

“Oh my god, that fits really well,” her friend said to her.

“It’s got a really lovely slit and I love the puffy sleeves,” the woman said.

After her friend tried on a size 10, she was disappointed by the fit of the dress.

“It doesn’t suit my body type at all,” the friend said.

“Think if I had a little more shaping or something and a little bit shorter… awful,” she added.

A TikTok user commented in their video: “I can’t believe the difference in the dresses the first one looked amazing I hope she brought it.”

“I know! Sometimes you really just need hips and boobs to make something work,” the account holder said.

‘I got these cream lounge pants on in XL. They’re really stretchy. The fabric is really lovely,’ this woman said[/caption]