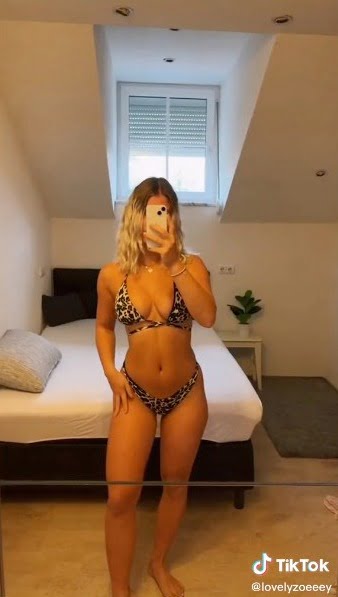 A SECRETARY says she goes from a five up to a 10 when she wears a bikini but not everyone agrees.

Zoey has more than 32,000 followers on TikTok, where she posts content about fashion.

In a recent video, Zoey said that people call her a “five” when she’s wearing normal clothes.

Zoey is seen wearing a baggy hoodie in the first part of the video.

However, she says that once she wears a bikini, she goes up to a 10.

“Do you agree?” she asks in the caption.

The video sparks debate in the comments with many people disagreeing with Zoey.

Another person shared: “People will say anything when they have beer goggles on.”

DEAL OR NO DEAL?

However, others were quick to come to Zoey’s defense, showering her with compliments.

“Nobody is perfect, 10s don’t exist,” shared another person.

The video is part of a new online trend where people show themselves dressed down, often in baggy clothing, before revealing a different look.