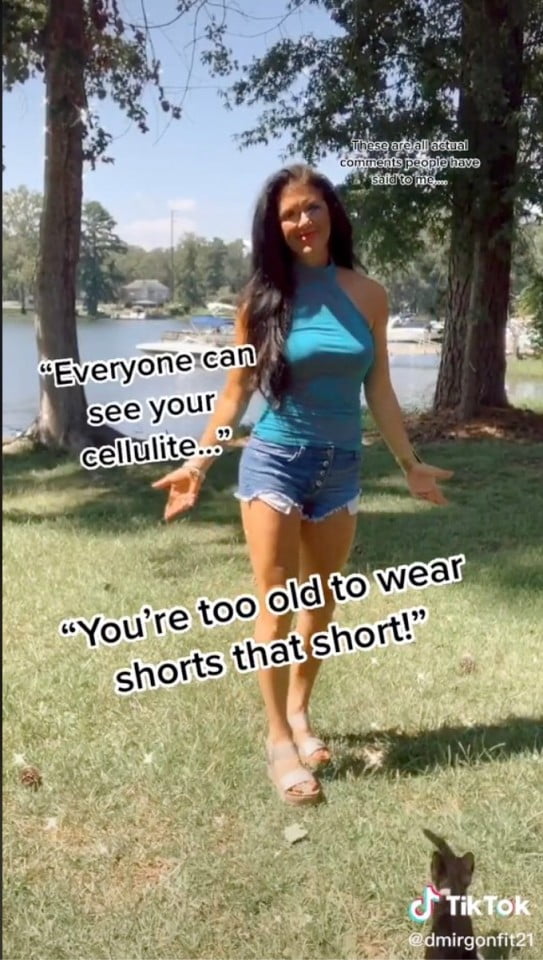 IF you’ve got it, flaunt it – no matter your age.

One middle-aged mom took that advice to heart by wearing tight clothes that she loves, despite being trolled by online bullies who comment on her fashion choices.

Diana has no problem showing off her muscular physique[/caption]

Mom-of-three Diana Mirgon, now 51, shared a TikTok where she admitted that she has been chastised for her choices of revealing or tight clothing.

However, the fitness influencer shared that she doesn’t let the comments stop her from wearing outfits she loves.

While wearing a skimpy bikini at age 49, Diana said she received a comment saying: “You’re 49, your bathing suits show too much!”

Another commenter criticized her halter tank top and short shorts, saying: “You’re too old to wear shorts that short!”

Despite multiple comments from trolls telling the mom to cover up or wear more modest clothing, Diana captioned her TikTok: “Do you, love what you have!!”

Fans in the comments couldn’t have agreed more, with many users complimenting the mom on her physique.

One replier wrote: “49 and abs like that ?!! You wear and rock WHATEVER you want. You’ve obviously put in the work and earned it.”

Another fashionable TikTok user, who goes by BeautyGaalore on the platform, recently celebrated her 48th birthday.

One look at her videos on the platform shows has a long history of dressing in fun, funky clothes.

Earlier in the year, she posted a photo triptych on TikTok showing three different snapshots of herself in an asymmetrical leather catsuit.

Even when trolls come for the TikToker, she believes her cutout dresses and fitted leather catsuits are totally fine – even though she’s a grandma.

Despite her age, the TikToker loves wearing clothes that complement her figure[/caption]