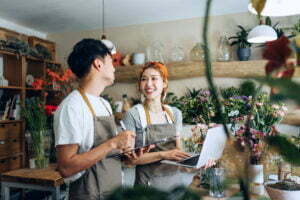 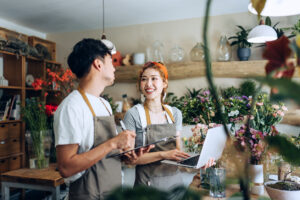 The most popular genre of nonfiction, self-help books have been informal guides on everything for decades—but did you know the earliest extant forms dated back to Ancient Egypt? Or that the term “self-help” itself was taken from a book touting mid-Victorian era liberalism entitled Self Help by Samuel Smiles published in 1859?

Japan too has a long and robust self-help industry, with some historical examples being Hagakure by Tsunetomo Yamamoto or The Book of Five Rings by Musashi Miyamoto. Just from looking around my local bookshops, I noticed about three-quarters of today’s nonfiction sections had some manner of a self-help book or guide in them. Although available in various genres, one of the most popular involves finding your purpose in life—your ikigai.

The concept of ikigai

Having a reason to live seems almost a given in a country with one of the highest elderly populations and longest life expectancies. Ikigai, which comes from “iki” (生き life) and “gai” (甲斐 value/worth), is essentially what makes your life fulfilling to you.

All rolled into one concept. Basically, if you wake up in the morning and there’s something in your life you like doing, you find it satisfying to do and you’re good at doing it, you’ve already found your ikigai. It doesn’t have to be a paying job either—it could be a hobby, an activity, whatever.

If you’d like to learn more about the concept itself, please check out this ikigai article by Lucy Dayman. It’s often touted as a means of helping yourself transition to different stages or changes in your life as well.

Do people actually actively try to find their ikigai? According to research cited in the above articles, yes. Both young and old benefit from putting more meaning into their lives and, especially given the global situation these past few years, more people seem to be finding it a necessity.

“Finding your ikigai sounds like such an old person thing and for a long time I figured it was something that only people who had that much free time on their hands could bother with. Old people are always taking trips, joining new hobbies, going out to see museums and so on. Now I’m old and I get it. Living for work was terrible. Now I have friends, I go out, I eat better. I like living” (Japanese, 60s).

The pandemic overall put a lot of things into perspective for people. Mental health took a turn for the worse on an international scale and many are still struggling to readjust or come to terms with the so-called “new normal.” Having a methodology or way of thinking about what would give their life more meaning has helped some to cope with and overcome these struggles.

“Being stuck at home for as long as I was during lockdown made me want to do a lot of things I’d never considered doing when I could go out freely. It was easy to get into these new hobbies and make them a part of my daily life, and now that the lockdown’s over, I’m still finding it easy to keep them in my life. I don’t have as much time for them, but on the other hand, I feel like I replaced other less fun parts of my life with them” (British, 30s).

“I feel like it kind of took off with millennials. I’m a millennial and seriously, we’ve been through enough in our lives that finding something, anything, that’ll make it bearable is a must instead of a want” (Japanese American, 30s).

That’s what life is

However, for some, the idea of “finding their ikigai” isn’t so much a notion of self-help or self-care, but rather a generally accepted part of being a person. For these individuals, it’s not a matter of “why” you do what you do so much as that’s what life is.

“I work to make money to do what I want with my life and my time. Isn’t that just living?” (Japanese, 30s).

“This reminds me of that Simpsons bit with Homer talking to his brain: ‘Money can be exchanged for goods and services.’  I get out of bed in the morning and go to work so I can continue doing my hobbies. Simple as that” (Australian, 30s).

“Ikigai makes it sound so noble but I’m only doing what I want to do. I guess it sounds less selfish if I call it that instead” (Japanese, 20s).

Others feel that labeling the process of enjoying your life is less important than the enjoyment itself.

“I get that there’s a term for it, but isn’t being happy with your life like something people just do naturally? If you aren’t happy, you get help. If you want to do something, you do it. I’m not sure it needs this whole ‘spiritual journey, ancient Japanese practice’ thing to dress it up” (American, 40s).

“I remember when Zen and wabi-sabi were the things everyone was talking about, and there was the whole hygge thing too, and now some people have been using this Welsh word hiraeth—oh and the whole ‘does this spark joy’ business… It’s kind of ridiculous honestly, stealing a concept from another culture to try and explain why you’re doing something in your life. Why not just live your life the way you want? Do you need to have some grand philosophical reason as to why being comfortable is a good thing, or for why you don’t hate your career, or why you chose a specific hobby?” (British, 40s.)

Not as easy as it sounds

For many though, the process of trying to find something that brings happiness and satisfaction to their life is a long and often repeated one. It’s also fraught with self-doubt.

“I’m still trying to figure out what my ikigai is. I’ve got a rough idea but not really sure if it’s that or if I’m just bored and wanting to do anything else but what I am doing” (Australian, 20s).

“I thought I found my ikigai and then the pandemic destroyed my idea and put me in debt, so now I’m not sure. I guess I could try and find something else to do, but for now, my focus is on making money to support myself and my family” (American, 30s).

“I thought my ikigai was my family. Then my partner and I divorced, I raised my son alone and now he’s grown and moved overseas. I have a lot of free time and money to support myself but the process of trying to find something to fill the time is draining” (Japanese, 50s).

Having a purpose in life, no matter what it might be, is part of what makes life worthwhile. Your own ikigai could be anything large or small—what matters is how it makes you feel. Whether you believe finding your ikigai is a fundamental principle of being alive or just a general part of life itself, it’s still a worthy pursuit. The point is that only you can define it, so don’t let anyone else tell you what the purpose of your life is.