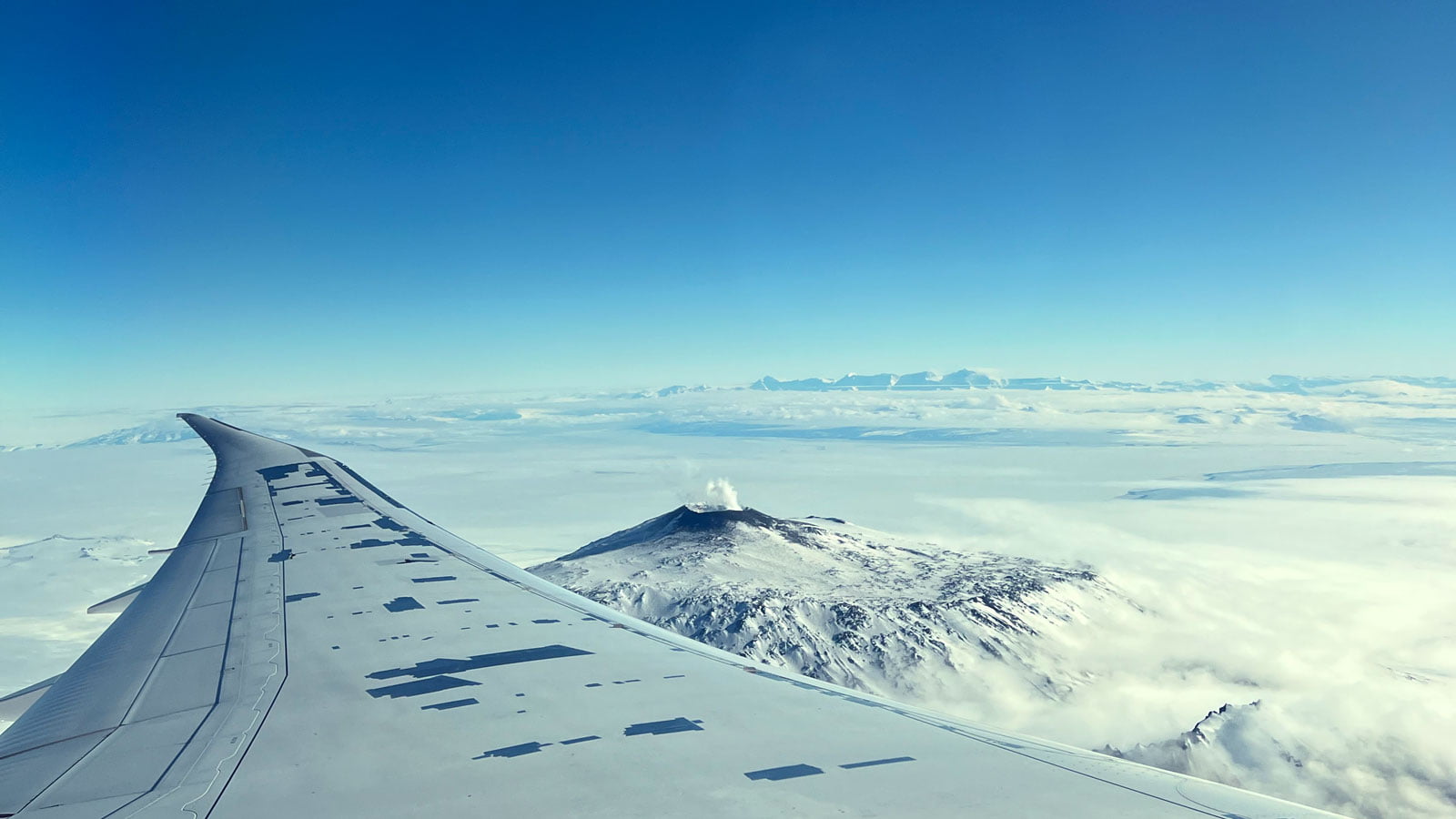 If you don’t have plans at a weekend and fancy doing something different for a day, then may I recommend jumping on a plane and flying to Antarctica? I recently went on the expedition and can categorically say it was one of the most eye-opening experiences of my entire life.

Describing itself as “the world’s most unique scenic flight,” – something I have to agree with – Antarctica Flights has been offering flights from Australia to the planet’s least-populated continent for close to 30 years.

The flights, which have used a Qantas Boeing 787-9 Dreamliner since 2020 (replacing the outgoing 747), take full advantage of the larger windows and fly you from all Australian cities to the land of snow and ice and back again, all in the space of a day.

But what is an Antarctic Flights flight actually like to experience? Here’s what I found.

Check-in couldn’t have been smoother

I received all my flight documentation a good week before my departure. This included information on the whole check-in process and what to do when you get to the Qantas Domestic Terminal at Sydney Airport. You don’t check-in at the usual counters, but instead go straight through security and head to the gate. Check-in didn’t officially open until 7am, but I got to the airport at around 5.30am. This meant I was able to waltz through security without any trouble at all.

Boarding is simple…unless you’re in economy

Boarding my Antarctic Flight was the same as any other. Business class and premium economy passengers get on first, while economy has to wait. So, since I was in premium economy, I was able to get onboard and find my seat without any trouble. I assumed that economy would experience the same, since there was an almost lack of need for any cabin luggage.

I only took a small tote bag with a few essentials: phone charger, water bottle, keys and headphones. After all, you don’t land in Antarctica, so what could you possibly need to take? But I noticed there was still a hold-up when economy passengers boarded.

Antarctica is much closer than I realised

We were seeing the first remnants of landscape and ice just over 3 hours after leaving Sydney.

Usually on long-haul flights, you either try and get some sleep straight away or put your headphones on and settle in to some in-flight entertainment. Not so with the Antarctica flight. Given the hype and excitement surrounding our excursion, passengers were talking to each other the entire duration.

I had a rather chatty passenger sitting next to me during the first half of the journey…which was a blessing and a curse. It was nice to have a conversation with someone new, but topics became a little too political for my liking and I wanted to retreat into watching a movie.

RELATED: What To Do When Someone Won’t Stop Talking To You In Business Class

While it could be all too easy to describe Antarctica as “just a lot of snowy mountains,” or “the world’s best untouched ski resort,” it truly was a surreal experience to be able to see the virtually untouched continent out of the aeroplane windows.

You can’t quite prepare yourself for being able to see volcanoes, glaciers and huge expanses of snow and ice that, without Antarctica Flights, you would likely never see in your lifetime.

Because of the height of some of the mountains and volcanoes, we could only descend to around 18,000ft. But the height did at least allow for some great visibility across the ice shelves and glaciers. In fact, it was claimed we could actually see some 400km into the distance.

…and the pictures don’t do it justice

Some seats do get left out

Antarctica Flights doesn’t hide the fact that some seats do, unfortunately, experience an obstructed view caused by the plane wings. And, while passengers are free to move around the cabin when cruising around over Antarctica – I ventured into business class to try and experience a little bit of the high life – some passengers didn’t have quite the same capability.

By this, I mean a good proportion of the demographic onboard were well over 60 years old and so needed a bit of aid when walking around. If they didn’t have it, they were consigned to their seat.

The inclusion of guides was invaluable

While it was clearly mentioned in my pre-flight documents, I wasn’t actually aware we had the luxury of two expert guides onboard, telling us what we were seeing out of the windows as we passed by. The experts in this case were Peter Hicks and Peter Keage, both of whom have years of experience living and working in Antarctica.

I actually had the pleasure of sitting next to Peter Keage on the first half of the journey, so was able to talk to him about Antarctica and what he’s experienced over the years.

He told me that there were “very obvious changes [to the landscape of Antarctica] which include the thinning on the edges, particularly towards the glacier, caused by global warming.”

The entire flight lasted around 13 hours. Antarctica Flights even said we could expect to land back at Sydney Airport around 10 p.m., and we landed at 9.59. I’m pretty sure I’ve never been on a flight that’s had such an accurate landing time.

But, because of the fact passengers were up and moving around for the middle part of the journey, and listening to the Peters commenting from the cockpit, it didn’t feel that long at all.

Yes, it is environmentally-friendly

I noticed a number of passengers asking the question, “how is flying on an emissions-emitting aeroplane in any way environmentally-friendly?” despite having bought the ticket already and knowing full well what they were getting themselves in for.

Pete Keage and Antarctica Flights both claimed that every single flight is carbon neutral. The company works with Carbon Neutral – an organisation that works with businesses to help them offset their emissions – and purchases carbon credits, which are used to help fund a reforestation project in the Yarra Yarra Biodiversity Corridor in Southwest Australia. By planting these trees, the carbon removed from the atmosphere equals the amount emitted by the flight.

To be honest, this was the first time I’d been on a Qantas flight, I’ve usually been a Virgin Australia man when flying domestic. And, knowing my colleagues at DMARGE are frequent Qantas flyers, I was keen to see what all the fuss was about.

Well, colour me impressed. I couldn’t fault the service one little bit. Even before getting onboard, when the cabin crew came to our gate to prepare for the flight, they wished us all a good morning. It’s the little things that certainly go a long way. Once onboard, they were incredibly attentive and the food provided in premium economy was excellent, in my opinion. Shout out to Tyler, who only got the call he was headed to Antarctica the night before.

I’ll certainly miss the welcome glass (or should I say, glasses) of champagne next time I board a domestic flight in my usual economy class. But, considering business class on short-haul and domestic flights doesn’t provides little in the way of extra worth, I’m prepared to make the compromise.

The post I Flew To Antarctica In A Day, And It Was An Absolute Breeze appeared first on DMARGE.