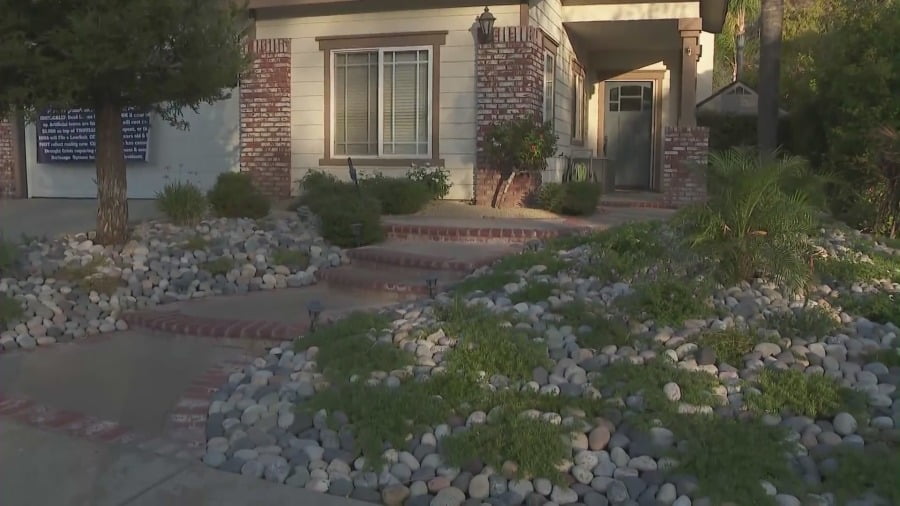 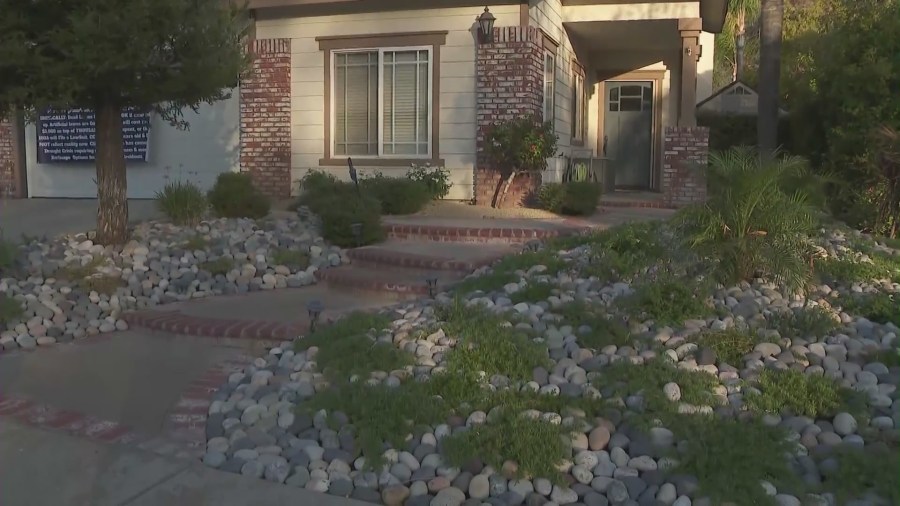 A homeowner at North Park in Valencia says he reached out to his homeowner’s association with an application to put in a drought-tolerant garden, but says his application was delayed and ultimately rejected by the board.

A representative from the HOA says any changes to the outside of your house have to follow a specific set of rules.

Steve Goodman is one of the original homeowners in the North Park community. He’s called the place home for the last 25 years.

He says he’s very aware of California’s water crisis and he wanted to do something to help out. His plan was to replace his lawn with rocks, a drip system and desert plants.

He submitted the idea to his homeowner’s association, waited, and waited, and waited some more, and then ultimately decided to install the drought-resistant lawn any ways, assuming that it was only a matter of time before it was approved.

He soon found out the plans were rejected by the board. The reasoning? The HOA rules indicate that you need to have 30% “hardscape” and 70% “softscape.”

Goodman’s lawn is the reverse of that.

He says he spent an additional $1,500 to add more greenery that will grow in over time. He says that plan was also rejected.

“I really felt like I was being controlled,” Goodman said. “I think they were upset that I didn’t follow protocol and get the approval before I started the work.”

KTLA reached out to the HOA, Ross Morgan & Company, Inc., which said it’s working with other homeowners to create “water-wise” landscaping and is doing so within the state requirements.

An emailed statement reads: “Amending the CC&R’s (Covenants, Conditions and Restrictions), which are the HOA rules, is not just done on a whim. It is a long process to review, update and generally involves legal counsel review as well which incurs costs. And finally, HOAs work within the governing documents they have as well as the State guidelines for the overall pleasing aesthetics of the community.”

Brett Dillon just moved into the neighborhood and says he’s in favor of drought-tolerant landscaping.

“I think it’s pretty widely known the drought conditions that we’re in, so I don’t think it’s a bad idea for more HOAs to consider it,” Dillon said.

In the meantime, Goodman put up a sign in his driveway that calls out the HOA board for not being more progressive and forward-thinking with their position on drought-tolerant landscaping.

“CC&R’s are 25 years old and do not reflect reality now,” Goodman said as he read a portion of the sign.

He hopes that the HOA will reconsider their ruling and allow his garden to stay.

“We are homeowners. We should have a little bit of latitude in terms of what we do, in terms of the drought scape that we choose.”

Goodman said it will cost him another $5,000 to redo his entire front yard and remove the rock garden. The only other alternative, he says, is to hire an attorney and take the dispute to mediation.