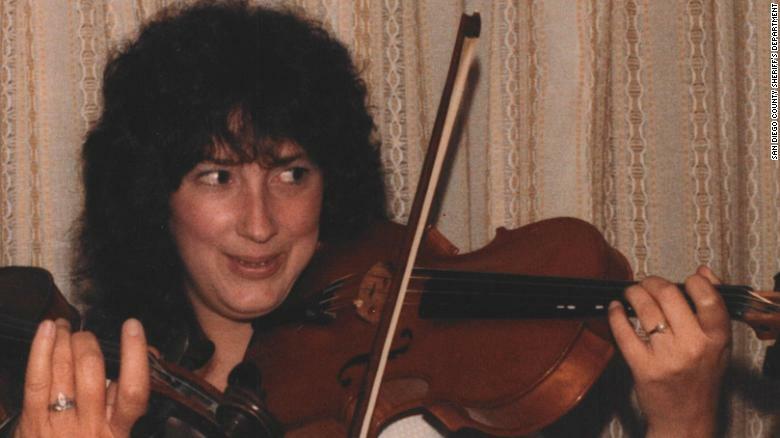 Diane Lynn Dahn died on May 2, 1988. The circumstances around what led up to her death remain a mystery, 34 years later — but DNA evidence points to her killer.

When Diane Lynn Dahn missed her shift at the San Diego Transit Corporation on May 2, 1988, a coworker went to her apartment to check on her.

Her coworker discovered her lifeless body in her bedroom. Dahn’s 2-year-old was wandering around the apartment complex.

Dahn had been bludgeoned and stabbed, according to the San Diego County Sheriff’s Department. Her cause of death was stab wounds to the chest and her death was ruled a homicide, investigators said.

At the time, the San Diego County Sheriff’s homicide unit conducted an extensive investigation, but the department came up short on identifying a suspect — until now.

Dahn’s family, including Mark Beyer, her then 2-year-old son who has no recollection of the incident, spent 34 years wondering who murdered her and why, but thanks to investigative genetic genealogy, investigators were able to track down the suspect, Warren Robertson, a man who also lived in the same apartment complex as Dahn in 1988, according to investigators.

Decades of wondering what happened

Beyer was adopted by a family friend and said he saw his grandparents and biological family as often as he could.

Family members who knew Dahn described her as a goofy, funny person who loved to draw — qualities Beyer said, he too, has within him.

Victoria Dahn-Minter, Dahn’s sister, said not knowing what happened almost consumed her all these years. She described Dahn as an amazing person who played the violin and guitar. 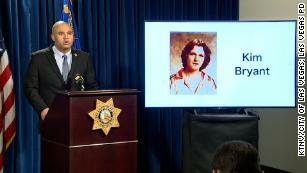 “It’s unfortunate my nephew never had the chance to know his mom,” Dahn-Minter said during a police news conference. “She was a great mother.”

In 1988, Robertson worked as local tow truck driver in San Diego, according to investigators, but after Dahn’s murder, he left his family and moved about 20 miles away to Lakeside, California.

A year later, Robertson moved to Indiana and lived there until he died at age 39, in a house fire on November 25, 1999, investigators said.

Cold Case detectives couldn’t figure out the connection between Robertson and Dahn. They did, however, find that both were racing enthusiasts and attended stock car races at the El Cajon Speedway around the time of Dahn’s murder.

How investigative genetic genealogy helped track down the killer

Traditionally, investigators will take DNA from a crime scene and compare it to a suspect’s DNA or they enter the crime scene DNA into a national database, also known as CODIS, to see if there’s a match with a known criminal offender. But if the person isn’t a known offender, they won’t be in the CODIS system and, therefore, no match would be present.

In October 2000, a sample of DNA was taken from underneath Dahn’s fingernails. Further testing was done in 2001, but the profile was “insufficient to place into a federal database of DNA from unsolved crimes or CODIS,” police said.

Ten years later, investigators opened Dahn’s case again, looking for new leads and use of new technology. A strand of hair that was found in Dahn’s hand was processed, a profile in CODIS was created, but it didn’t produce any leads even though it was consistent with the sample found underneath her fingernails. 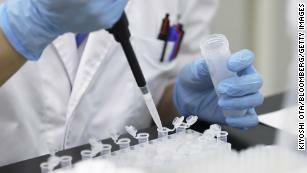 In this case, investigators were looking for relatives whose DNA matched those of the unidentified suspect in Dahn’s murder. The suspect’s profile was created and uploaded into commercial genealogy sites that allow law enforcement agencies to participate, police said.

After what investigators called an exhaustive process, nine family trees were created with nearly 1,300 people connected to Robertson either through blood or marriage. Eventually, direct relatives of Robertson gave their DNA samples and confirmed his identification and matched the hair strand that was found in Dahn’s hands. 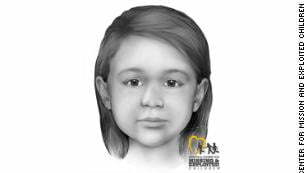 This is the fifth time the Sheriff’s Homicide Unit has used investigative genetic genealogy to solve a cold case.

Beyer said he was “blown away” when he heard how his mother’s case had finally been solved.

“Like how you go from what little information you have to building a case like that was truly impressive,” he said. “The answers that my family received is closure and closure is everything even after so much time had passed.”