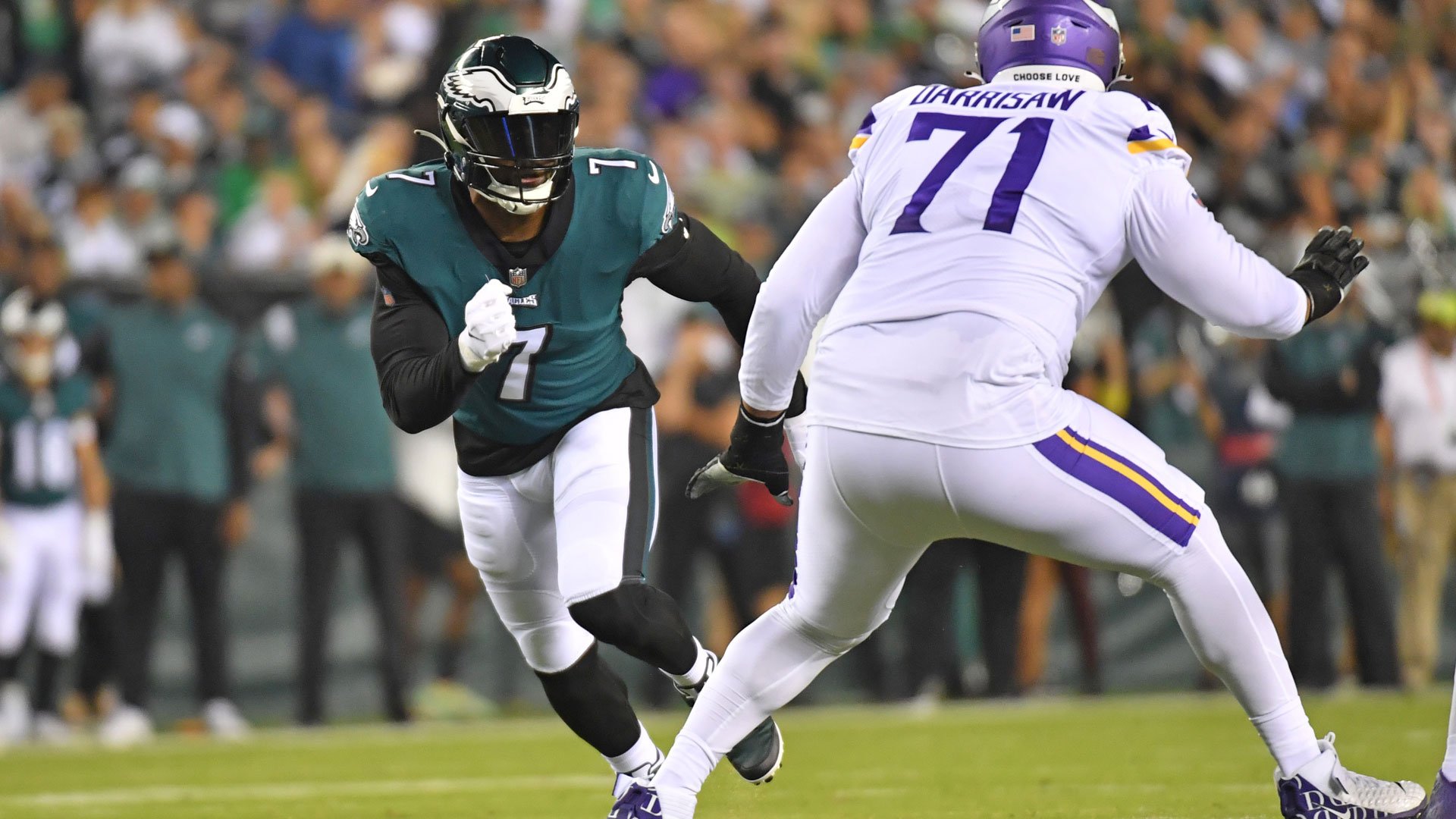 The Eagles signed Haason Reddick this offseason to bolster a pass rush that had the second-fewest sacks in the NFL last season.

Through two games, Reddick doesn’t have a sack or a QB hit.

So, naturally, there’s some angst among the fan base. But head coach Nick Sirianni isn’t concerned at all.

In fact, he thinks Reddick is going to have a breakout game soon enough.

“As I watched it later in the week, I’m like, man, it’s close,” Sirianni said. “[Reddick is] close to having a big game.

“That is my experience with defensive ends at times, is that maybe they’re quiet for a couple weeks as far as the amount of hits they get on the quarterback or pressures or the amount of sacks. Then boom, like that, it can change like that. I just keep thinking he’s close to having a breakout game, so that means he is getting some of the pressure that we want on the quarterback.”

Reddick, who turned 28 this week, did get two hurries against Minnesota and ended up blowing up a screen play after he peeled off on a stunt.

“Yeah, of course,” fellow edge rusher Josh Sweat said. “I see how he works every day. We have the same mentality, just trying to get better every day. And it’s showing. He had a pretty good rush game last game and I’m just taking stuff and trying to learn from him.”

While there has been so much made of Reddick’s dropping into coverage, he hasn’t done it all that often. Of his 88 defensive snaps on the season, he’s been in coverage just nine times. That comes out to just 10.2% of his snaps.

For reference, that’s just a tad higher than his snaps in coverage last year.

And sometimes, sacks can come in bunches. Over the last two years, Reddick has eight games with at least 1.5 sacks and has just six games with 1.0 sack. So he’s been a streaky player.

Pass rushers in the NFL just need to stay patient.

“Yeah, it takes a strong mindset,” Sweat said. “Because a lot of times, you can win a lot but you ain’t getting there in time, the ball is thrown fast, whatever. And you’re thinking, ‘Damn, can I even get there?’ Yeah, you just gotta stay strong. You’ll be good.”

There are still 15 games remaining in the 2022 regular season. Plenty of time for Reddick to prove he’s the pass rusher the Eagles needed.

And the Eagles have no doubts.

“It’s going to happen and I’m excited when that will happen,” Sirianni said. “I’m just glad he’s on our football team.”