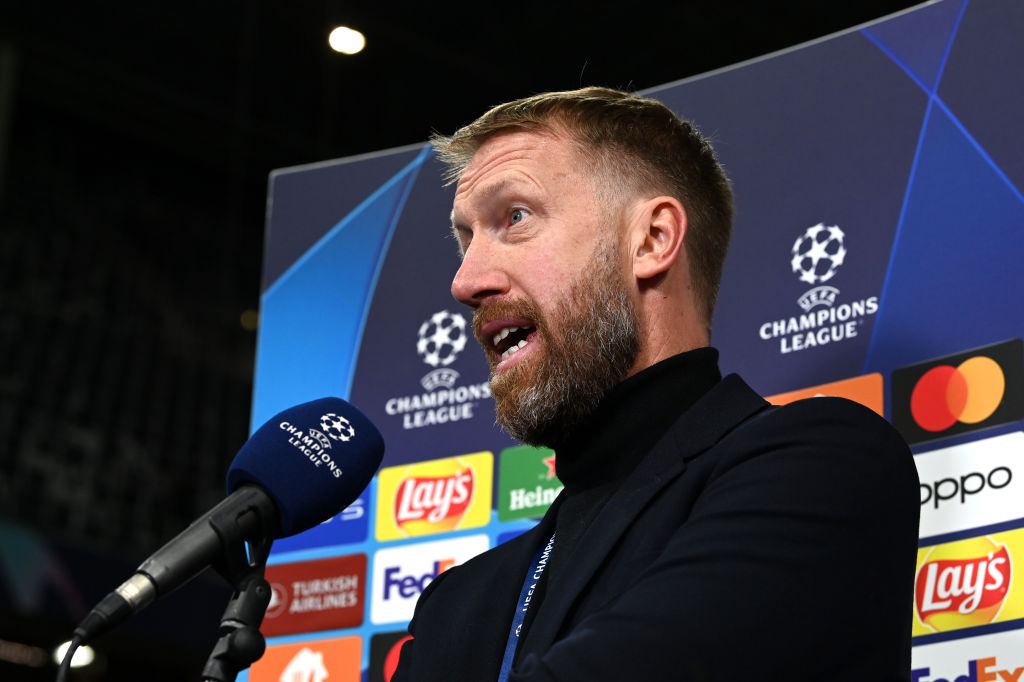 Glenn Hoddle has predicted which job Graham Potter will take after his time as Chelsea head coach comes to an end.

Potter has enjoyed a strong start at Stamford Bridge since he arrived from Brighton in September to replace Thomas Tuchel and is yet to lose a match.

Across his first nine games in charge, Potter has led Chelsea to six wins and three draws across fixtures in both the Premier League and Champions League.

Joe Cole has warned that ‘challenges will come in the new year’ once Potter has settled on a team – with Chelsea facing champions Manchester City and top four rivals Liverpool in January following the winter break for the World Cup in Qatar.

Hoddle feels Potter deserves a lot of credit for his impressive start in west London and has now tipped him to one day replace Gareth Southgate as England boss.

‘I think he needs more credit,’ Hoddle told BT Sport. ‘Him or [Newcastle United boss] Eddie Howe will be England manager one day.’

Meanwhile, Tuchel, the man that Potter replaced in west London, would be interested in the England job if it becomes available after the World Cup.

Tuchel’s reputation in England is still good after a pretty impressive spell in charge at Chelsea which saw him lift the Champions League trophy during his first season.

Having managed Borussia Dortmund and Paris Saint-Germain before moving to Stamford Bridge, Tuchel is only looking for top jobs when he returns to football, already turning down offers from Bayer Leverkusen and various Premier League clubs since leaving Chelsea.

It would be an historic appointment by the Football Association as it would make Tuchel the first German to take charge of the England team and only the third foreigner after Sven-Goran Eriksson and Fabio Capello.

Southgate’s England contract runs until 2024, but it is certainly not out of the question that he could leave his post after the World Cup this winter.

You can follow our new Snapchat show Pop Cultur’d, the go-to place for all things pop culture.

Keep up with the latest Showbiz exclusives by following Metro Showbiz on Snapchat.

And football fans can indulge in all the transfer gossip and more on Metro Football on Snapchat.