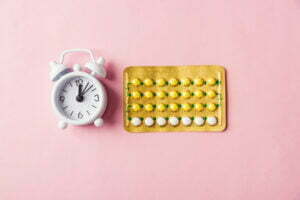 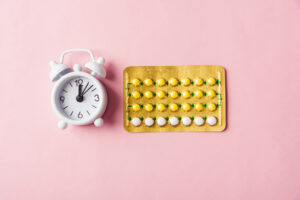 Birth control pills are known as keikou-hinin-yaku (経口避妊薬) but more commonly referred to as “piru” (ピル). They were only legalized in 1999, four decades after they became available in the West. In fact, Japan was the only U.N. member to not approve of the drug when other countries did, and this delay has had a knock-on effect on the pill’s popularity to this day.

But in reality, it is a cheap, easy and effective method of birth control that is not too difficult to get your hands on.

Why the pill obsession?

The pill became available in the 1960s and symbolized liberation for Western women at a time when abortion was still largely illegal due to religious taboos. Years as adolescents have been spent eyeballing enormous femidoms and how to correctly put a Durex on a banana, which might have left us all slightly scarred yet painfully knowledgeable about our sexual practices and the choices we individually have.

Are you getting Japanese Condomania?

Condomania in Harajuku is not the only visual signifier that confirms condoms rule this country. Japanese people still worry about the side effects and emotional stress of taking the birth control pill as there is little information distributed among young people. Protection usually equates to condoms, external ejaculation, temperature regulation and the rhythm method. If you are to fall pregnant, abortion is available, but—in a step backwards—you’ll need to find a man to sign the papers with you to arrange one. You can sign for yourself if the partner is unknown. They are also most often more expensive than back home.

How do I get the pill in Japan?

This question has an easy answer. The pill can be picked up at your regular gynecologist and costs between ¥2,000-3,000 at the cheapest for a month depending on your doctor and brand. My gynecologist was incredibly helpful and friendly, but a careful reminder that this method is still gaining popularity, so it does vary.

An important note to remember; the pill is not covered by your Health Insurance.

Also, you can expect a delightful blood test before you’re handed over the goods.

What types of pills are available?

Japan offers a wide variety of low hormone pills on prescription from monophasic (constant dose throughout the cycle) to multiphasic pills (varying amounts during pill schedule). Monophasic pills run on a 21-day cycle and the most popular are Marvelon (マーべロン) and Ortho M-21 (オーソM-21). On the other hand, multiphasic pills come in a higher abundance and can run on both a 21 and 28-day cycle, the most commonly used are: Triquilar (トリキュラー), Ange (アンジュ), New Phase (シンフエーズ), Ortho 777 (オーソ７７７) as well as Marvelon (マーべロン).

It’s a little bit harder to find emergency contraception, and prices can vary wildly, typically costing around ¥10,000, depending on where and when you go. You can only get the morning after pill with a prescription from a doctor, which means you have to make an appointment and check that they provide it when you call. You can get away with saying “mo-ningu afutaa piru” (モーニングアフターピル), though the kanji reads kinkyuu-hinin-hou (緊急避妊法).

Japan still has a long way to go when it comes to women’s health, but it’s slowly (very slowly) getting there. Let’s keep the conversation going and take care of ourselves. Never forget, the pill won’t protect you against sexually transmitted diseases (STDs) or infections (STIs). Stay safe!